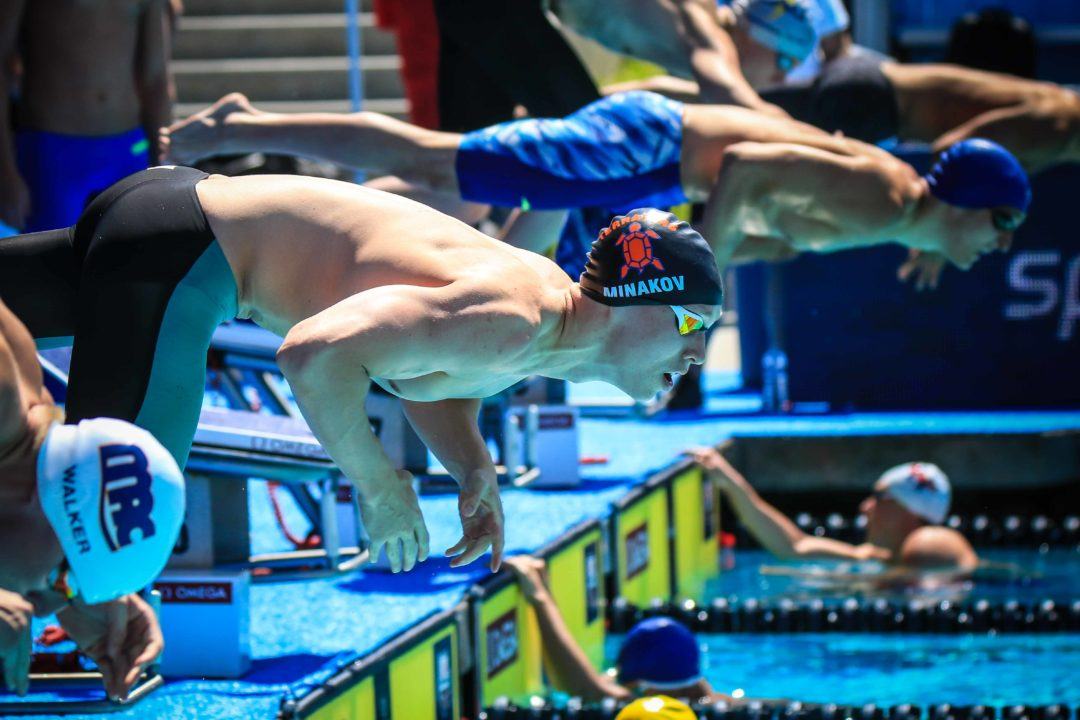 Hitting a long course time of 47.57 on the final day of the Russian Swimming Championships, Minakov ripped a huge lifetime best, getting under the 48-second barrier for the first time in his already-impressive career. Minakov’s PB entering Kazan this week was marked by the 48.50 he logged last year while also slicing .01 off of the aforementioned WJR set by Chalmers in Rio.

Minakov’s splits for his 47.57 included the following versus Chalmers’ Olympic title-winning effort:

How is that the legendary 47 has become nothing more Than a child’s plaything.

Fortunately for you the legendary 1:44 is still anything but a child’s plaything!

Seems to keep his left arm nicely relaxed on the recovery. Shades of Dressel on that side.