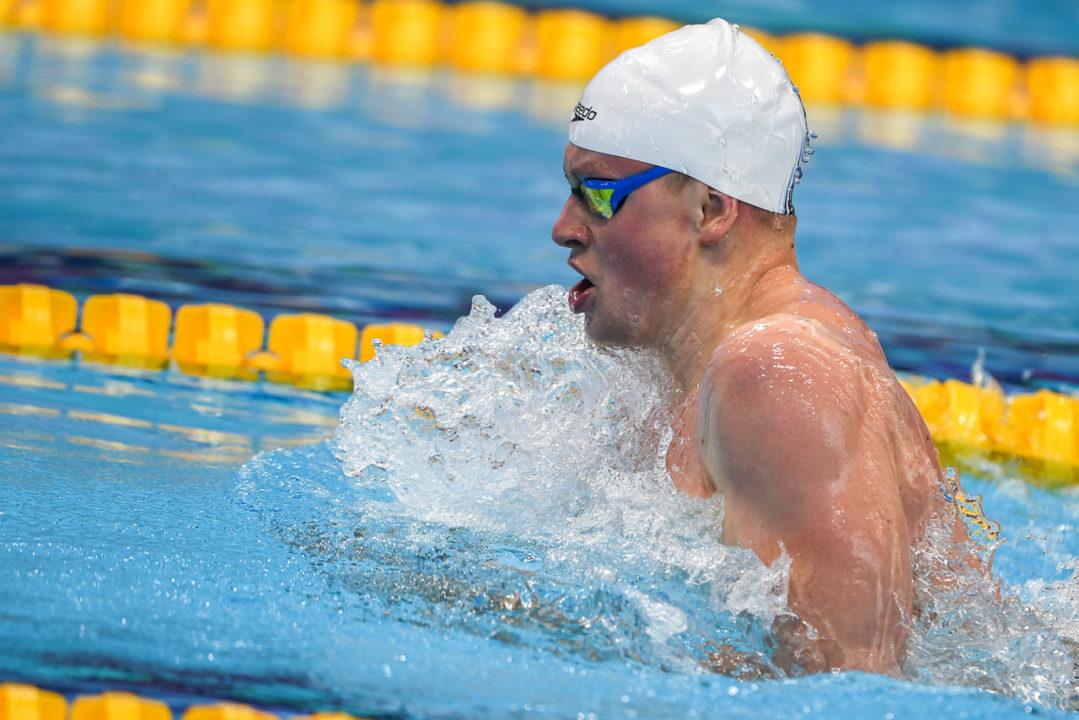 Watch the breaststroking master that is Adam Peaty at work, cranking out the 4th fastest 100m breaststroke of all time. Archive photo via Peter Sukenik/www.petersukenik.com

One can never tire of watching the breaststroke master at work, so feast your eyes on Adam Peaty racing his way to the 4th fastest 100m breaststroke in history. Already owning the top 3 times ever with his 57.13, 57.55 and 57.62 from the Rio Olympic Games, Peaty scorched the British National Championships field in Sheffield with a mighty 57.79 to win gold and punch his ticket to Budapest.

Peaty wound up following his 100m breaststroke stunner up with a victory in the 50m breaststroke the next night in a time of 26.48, the 2nd fastest effort of all time.

There was little doubt about the outcome of this race, and Adam Peaty affirmed the expectations with a 57.79 in the men’s 100 breaststroke final. He was the only swimmer to break 1 minute in the race, with runner-up Ross Murdoch touching second in exactly 1:00.00.

Murdoch’s runer-up time was good enough to warrant consideration after the meet has shaken out.

Looooonng at the finnish…..56 is coming

I am not making any accusations, but is anyone else ever suspicious of his rapid rise to the top?

Ahhh to be naive again

His finish was not the best and he lost a few tenths there. The first 99 meters probably warranted a 57.3-57.4 otherwise.

Lol I haven’t followed swimming since Rio really and maybe a couple arena meets. It’s cool how he’s not going from 57.13 in Rio to never breaking 58.5 again 🙂

Like honestly didnt look nearly as good as Rio. He looks thicker. I see big things like 25 and 56 things coming very soon.

he was noticeably less sharp I think. 56 will definitely happen at some point soon