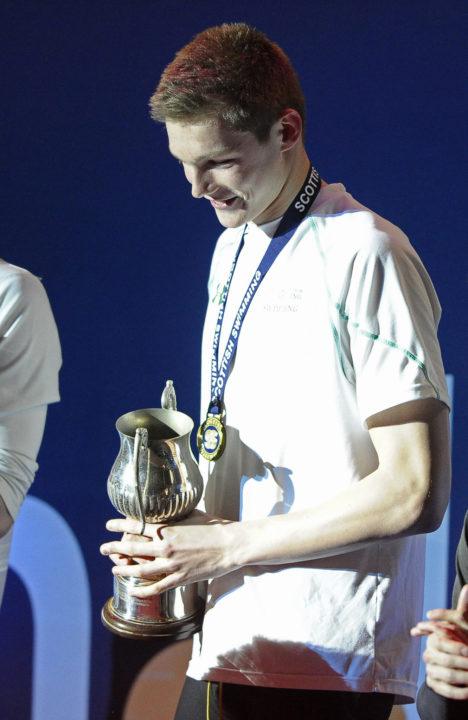 If you weren’t aware of Scottish swimmer Duncan Scott‘s presence from his 5th place finish in the men’s 100m freestyle final in Rio, then you most likely read the headline about the 19-year-old becoming the first British man to register a 47-point mark in the event over this past weekend.

While competing at the 2017 British Swimming Championships, University of Stirling’s Scott threw down personal bests across all 5 of events, one of which was the 100m freestyle where he clocked a world-leading 47.90 to take gold in a new British and Scottish national record. In total, over the course of the 6-day affair at Ponds Forge, Scott earned a collection of medals that totaled 3 bronze, 1 silver and 1 coveted gold.

In addition to his record-breaking 100m freestyle swim, Duncan fired off a new Scottish national record in the thrilling 200m freestyle duel against reigning world champion James Guy. Entering Sheffield, Scott’s personal best in this race rested as the 1:47.28 that earned him 4th place at the British Championships last year. However, in his head-to-head battle with Guy, Scott produced a monster new career fastest of 1:45.80 to notch silver and dip under the British-mandated consideration time for Budapest.

That relay event is where Scott showed his individual 200m freestyle potential in Rio, earning prelims and finals splits of 1:45.05 to represent one of the fastest men of the field.