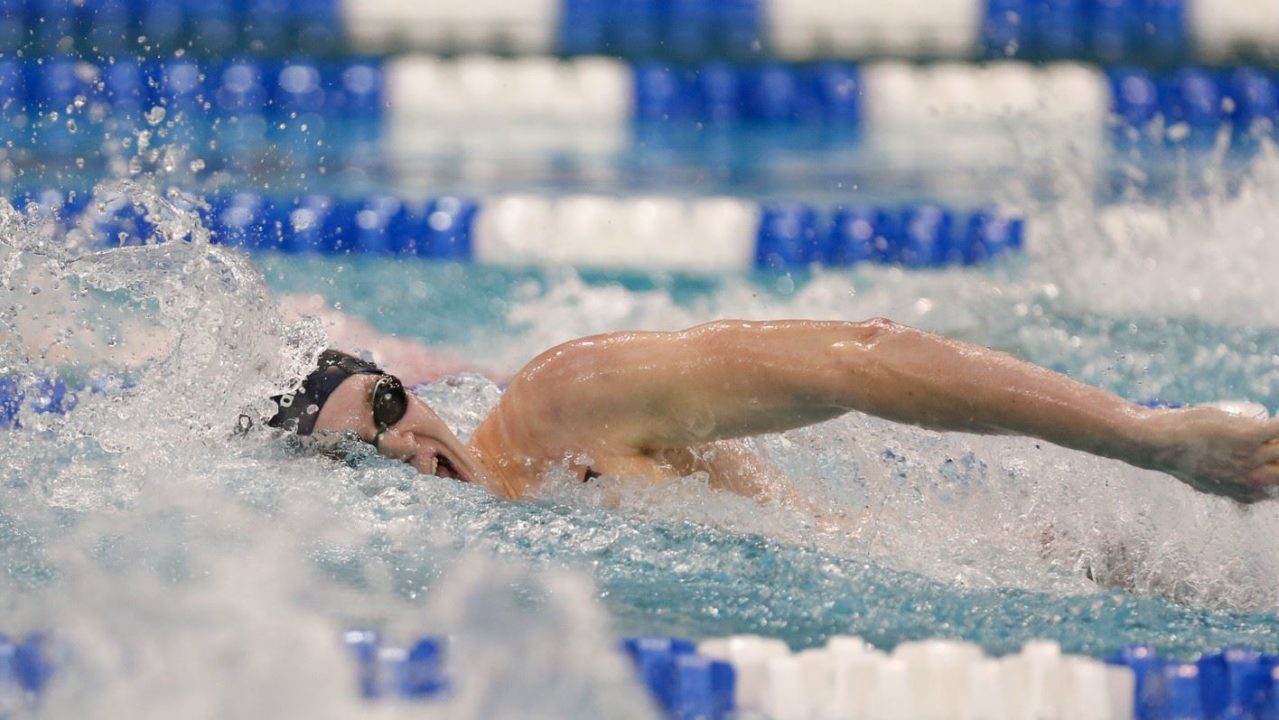 The Virginia men’s and women’s teams will open the new year with a pair of competitions as the divers head to Tennessee and the swimmers head to Auburn. Current photo via UVA Athletics

CHARLOTTESVILLE, Va. –  The Virginia men’s and women’s swimming and diving teams will open the new year with a pair of competitions as the UVA divers travel to the Jones Aquatic Center in Knoxville, Tenn., for the three-day Tennessee Diving Invitational and the Cavalier swimmers face Auburn in a dual meet at the James E. Martin Aquatic Center in Auburn, Ala.

The Virginia divers will open competition at the Tennessee Diving Invitational on Friday (Jan. 3). Events will begin at 11:30 a.m. on Friday and Saturday, and at 10:30 a.m. on Sunday.

Saturday’s morning session against the Auburn Tigers will begin at 10 a.m. ET, while the night session will start at 4 p.m.

How to Follow
Links to live results are available at VirginiaSports.com.

CSCAA Rankings
Both Virginia and Auburn enter the weekend with a top 25 ranking in the College Swimming and Diving Coaches Association of America’s latest poll. The Cavalier women rank third nationally, while the men’s team ranks 15th. Auburn ranks 14th on the women’s side and 23rd on the men’s side.

The Diving Unit
• The Cavaliers will compete in their fourth diving competition of the season.
• It’s the squad’s second trip to Tennessee after UVA competed in a dual meet with the Volunteers on Oct. 19.
• In the team’s last outing, senior Sydney Dusel (Naperville, Ill.) swept the 1m and 3m board at the Georgia Tech Diving Invitational.
• Sophomore Walker Creedon (Cary, N.C.) led the men’s team with a fourth-place finish on the platform.

Winter Nationals
• Six Cavaliers competed in a U.S. national championship over the winter break.
• Freshman Maddie Donohoe (Annandale, Va.), Douglass, Madden and freshman Ella Nelson (Nashville, Tenn.) raced at the Toyota U.S. Open Championships in Atlanta, while Dusel and Creedon competed at the USA Winter Diving National Championships in Minneapolis, Minn.
• Madden recorded two top-five finishes at the U.S. national championships, placing fourth in the 400-meter freestyle and fifth in the 200-meter freestyle.
• Douglass finished fourth in the 100-meter butterfly, setting a school record in the long course event.
• Dusel finished in the top 10 in two events at the winter diving championships, placing fifth on the 1m board and 10th on the 3m board.