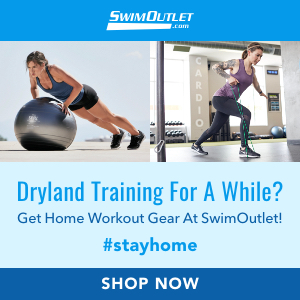 Why Adrian is Retooling His 100 Free: GMM presented by SwimOutlet.com

8-time Olympic medalist Nathan Adrian shot himself out of a cannon at the Indy Pro Swim. 48.6 in the 100m free is a phenomenal swim for his first sprint since the 2016 Olympic Games in Rio.

Will Peaty Rebreak his World Record: GMM presented by SwimOutlet.com

At World Championships this summer, what do you think Peaty will go in the 100m breast? He’s been 57.1. Will he dip under 57 in Budapest?

Rip Esselstyn, world-famous author of the Engine 2 Diet, is a force of nature. He’s a swammer, famous for getting his Firefighter buddies – at the Engine 2 station in Austin, Texas — to tackle his cholesterol-busting whole foods, Plant-Strong diet.

Coming off 4×100 relay Olympic gold last summer, Ryan Held is kicking it up a notch.  His NC State teammates…

2016 Texas Class Relays saw incredible splits from Haas and Schooling, both of whom would go on to win multiple NCAA titles in individual events. This year saw more fireworks from the pair, along with their teammates.

Olympic icon Matt Grevers is back and focused on the 2017 World Championships in Budapest.

Cordes On Training With Sergio Lopez: GMM presented by SwimOutlet.com

Kathleen Baker has always been fast, setting national records all the way back to the 11-12 age group.  While she…

Ryan Murphy, on the men’s side of Team USA, is it.  He’s the star.  After Rio, after taking three Olympic…

Olympian Tom Shields explains the letdown after performing on the biggest stage in sport.

The Olympic Medal Count, by countries, matters. It is a measuring stick of success, a reflection of a nation’s swimming governance, health and performance.

Townley Haas could become “Boss Haas” at U.S. Olympic Trials. Coming off of his stunning NCAA Championship performance, how will he swim in Omaha?