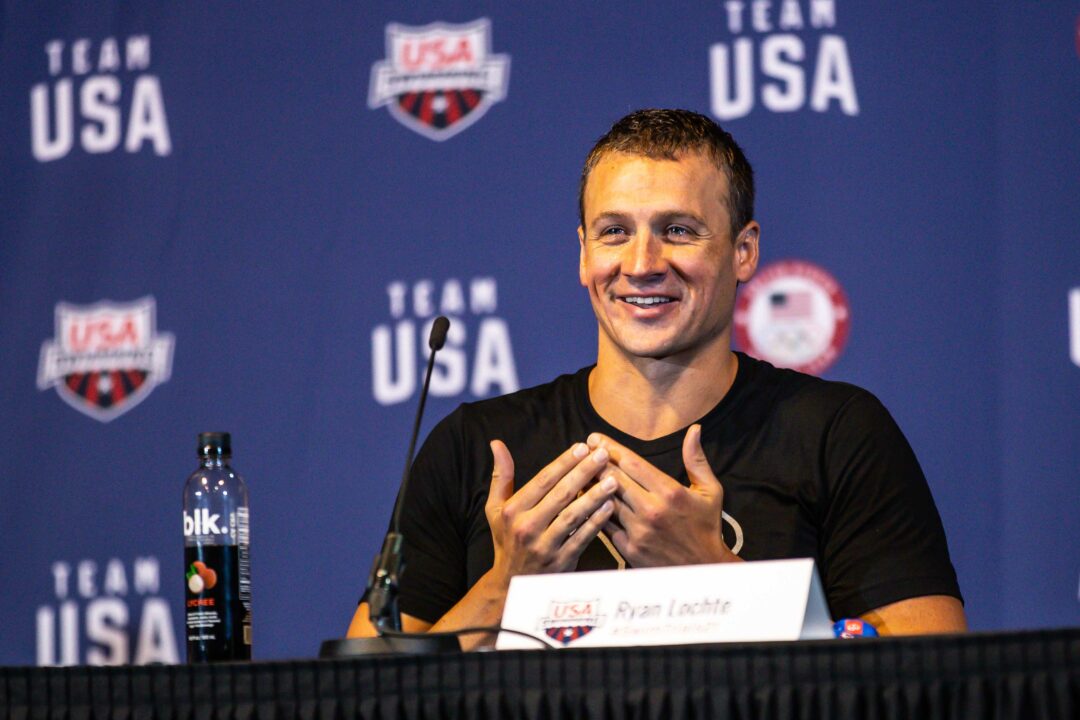 12-time Olympic medalist Ryan Lochte reaffirmed his plans to continue competing in swimming even after missing the 2021 U.S. Olympic team.

NBC interviewed Lochte moments after he climbed out of the pool from his 200 IM final at U.S. Olympic Trials, and Lochte was very clear about his plans to continue competing in the sport. He posted a video to his Instagram page yesterday, re-affirming those plans even after the emotions of U.S. Trials had settled.

“I’m not done, I’m not retiring,” Lochte says in the video. “There’s so much more I want to do in the sport of swimming, whether it’s in the pool or outside of the pool, trying to grow the sport.”

Lochte thanks a long list of people who have supported him throughout his career, including his family and his longtime coach Gregg Troy.

Right after his race and in this video, Lochte has talked about his broader role in swimming as a sport.

“I want to grow the sport,” Lochte says. “I want to put swimming in peoples’ living rooms all the time.”

Lochte remains one of the best-known swimmers on the planet, even at age 36. His attempt to make a fifth-consecutive U.S. Olympic team ended last week, when Lochte finished 7th in the men’s 200 IM final. Lochte was born nearly a full ten years before any other swimmer in that final, including 22-year-old event winner Michael Andrew and 27-year-old Olympic entrant Chase Kalisz.

Lochte has had a recurring presence in entertainment media outside of sports – at one point, he had his own reality TV show called What Would Ryan Lochte Do?, and he appeared on reality shows Celebrity Big Brother and Dancing With the Stars.

anyone else think ryan would look super good with a shaved head? not all the way but just to keep it even~ he did have some glorious hair back in the day but time gets us all

I`m not sure his appearance on ARods show, where he revealed that he blew through all his money has helped his image. People love a redemption story, but ARod made him look like a fool and his wife look like a gold digger. Stay away from reality shows, Ryan. Get an agent that knows what they’re… Read more »

Man. I just watched that episode w A-Rod after reading your comment and holy shit. Absolutely brutal. I feel really bad for him.

Why not get a swim coaching job, if you love working with kids? I’m sure many teams would love to hire him.

Imagine if ISL had a legends/seniors competition. I’m sure Lochte, Adrian, Ervin, Grevers, etc would all be up for it. And let them take unlimited PEDs.

Part of the problem with the “unlimited PEDs” approach is that you can run into serious health issues/risks. A lot of bodybuilders that compete in the juiced competitions run into that

Best to ever do it.

I really admire ISL’s zero tolerance policy, but man… missing out big with this guy

What? He can’t swim ISL?

Anyone that’s ever served a ban previously is not allowed to compete in the ISL. Lochte’s “banana bag” suspension counts under that zero tolerance policy

I’m gonna be honest. Love this guy, very funny and always tries to be kind to others. I hope he continues forever