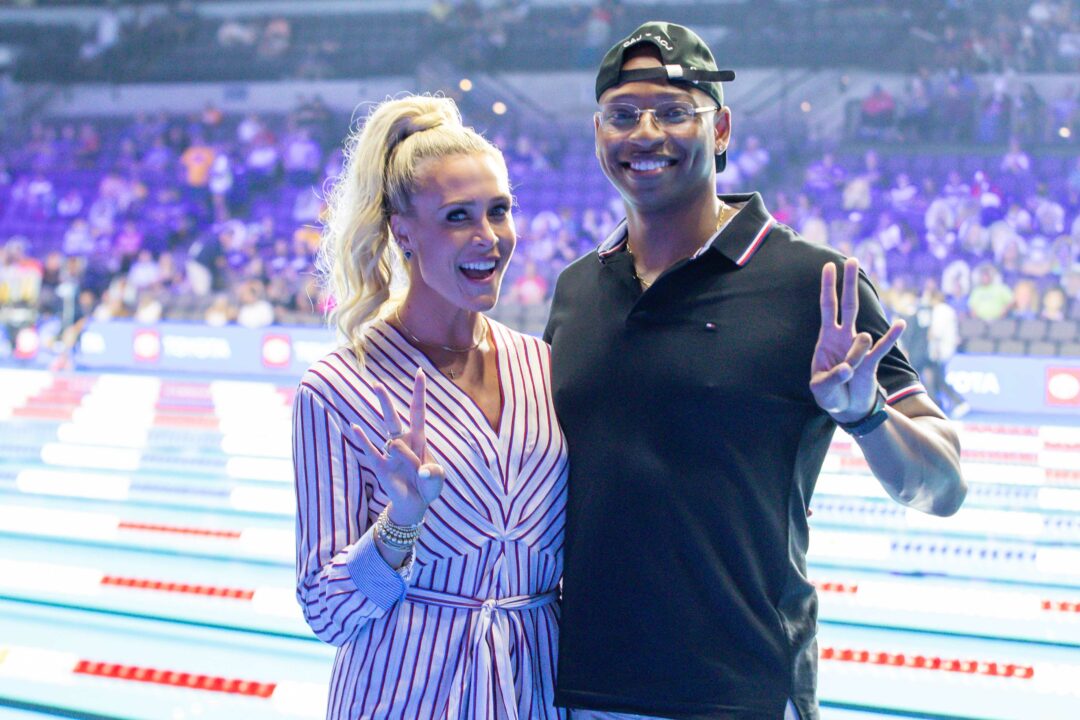 The DC Trident have announced the addition of four-time Olympic medalist Cullen Jones to their coaching staff for the 2021 season of the International Swimming League.

Jones’ full-time job is currently working for Speedo as Philanthropic Sales Manager. While Jones has lots of experience as a clinician, travelling coach, and elite athlete, he doesn’t appear have to have any direct full-time coaching experience on his resume.

Jones will serve as an assistant on a staff led by head coach Cyndi Gallagher, who was formerly the head coach at UCLA. The Trident had an all-female coaching staff in their first season in the league in 2019. In 2020, the team’s assistants were former Princeton head coach Susan Teeter and Scottsdale Aquatic Club assistant coach Bob Platt.

Teeter is expected to return to the team this season, with sources saying that the Trident are also looking to add an Australian coach to their staff, pending overcoming ongoing coronavirus quarantine restrictions down under.

Jones’ appointment continues an ongoing affinity within league circles to appoint former elite swimmers, especially Olympic gold medalists, among the administrative and management side of the league. The Trident’s general manager Kaitlin Sandeno is also an Olympic gold medalist.

The first 5 members of the Trident roster were announced earlier this week as Zach Apple, Zach Harting, Jay Litherland, Linnea Mack, and Ting Quah. Each team is able to retain up to 15 swimmers from their 2020 (and sometimes 2019) rosters. A 16th athlete will be retained based on a fan vote. Teams will then have an opportunity to draft athletes to fill out their remaining roster slots, with teams that finished lower in the league receiving favorable draft positions.

By comparison, the defending league champions from the Cali Condors will get their first pick at #30.

Each team will be able to draft up to 11 athletes, meaning that in addition to the maximum 16 returning athletes, rosters can have 27 out of a possible 32 swimmers selected.

When the coach is faster than anyone on the team.

Random question: does the city of the team have any effect on anything? The teams don’t train together and rarely compete in their city.

The team based in Italy gets free pasta

I think it’s just to help with the fan base – its impact might be small but I could see it growing. On a different but somewhat comparable level, the Jets are a New York team but their stadium is actually in New Jersey. Their home games are in New Jersey.

In early seasons, there were some protections for domestic swimmers. There were ‘protected negotiation periods’ (insiders tell us that some teams honored these periods better than others). There’s a reason why Aqua was able to “protect” Thomas Ceccon, in spite of him never having been on the team.

It’s become clear that this isn’t really sustainable though.

They’ve also never made any of this public, so it’s kind of a “this is sort of what happened, but we’ll never know what really happened” kind of scenario.

what are the requirements for someone to be chosen as a coach or GM? just curious.