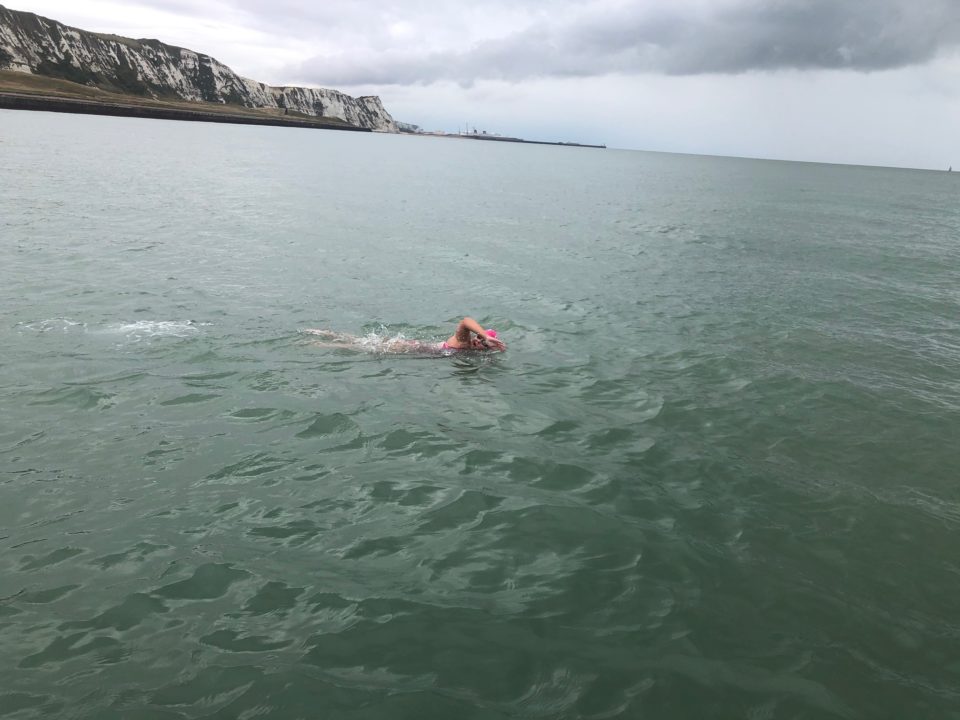 Rivard, a native of Springfield, Va., is among the youngest to cross the channel in decades due to the rules requiring swimmers to be at least 16 to go solo. Current photo via Scott Ellis

On August 30, 3-time Olympian Elizabeth Beisel is going to attempt to become the first woman to complete the 20km swim between Pt. Judith and Block Island.

Boy and Reymond took the respective women’s and men’s 25k titles to close out the Open Water portion of the 2021 European Championships.

On September 1, Vera Rivard successfully completed her attempt of swimming across the English Channel to become one of the youngest to ever accomplish the feat.

What an awesome and crazy day! I was able to complete my English Channel swim in 14hr10min (unofficially). Thank you so much for all the love and support! Now safe and sound back on dry land. I’m incredibly grateful for everything that has happened. More pictures coming soon… But first, a nap!

The Springfield, N.H., native, who trains out of Derby, Vt., in the summers, is among the youngest to cross the English Channel solo over the past number of years.

Back in November of 2000, the Channel Swimming Association (CSA) put a rule in place stating that swimmers had to be 16 years of age or older on the day the swim commences. In a six-person relay, swimmers can be as young as 12, though at least half of the team has to be 16+.

Prior to the age restrictions being implemented, Samantha Druce set the record as the youngest female to ever cross the channel at 12 years, 118 days in 1983, according to the CSA’s records. Thomas Gregory became the youngest male to do so in 1988 at just 11 years, 330 days.

Rivard was accompanied by two members of the CSA on the boat, two pilots and one official observer, along with her mother and sister, per a UVAC press release.

Rivard wore a UVAC swim cap during the swim to honor her late coach, Dorsi Raynolds.

“That was a swim of a lifetime,” she said after the 21-mile swim. “I have dreamed of this for as long as I can remember. It was better than I could have ever hoped. I am so grateful for this adventure.”

In July, Rivard completed the 20 Bridges Swim in New York, and she finished her qualifying cold water distance swim to cross the English Channel last year in Cork, Ireland.

Set to enter her junior year at Kearsarge Regional High School, Rivard will return to the U.S. on Friday and begin a 14-day quarantine before beginning school and returning to practice.

Go Vera! I believe she’s from New Hampshire though?!