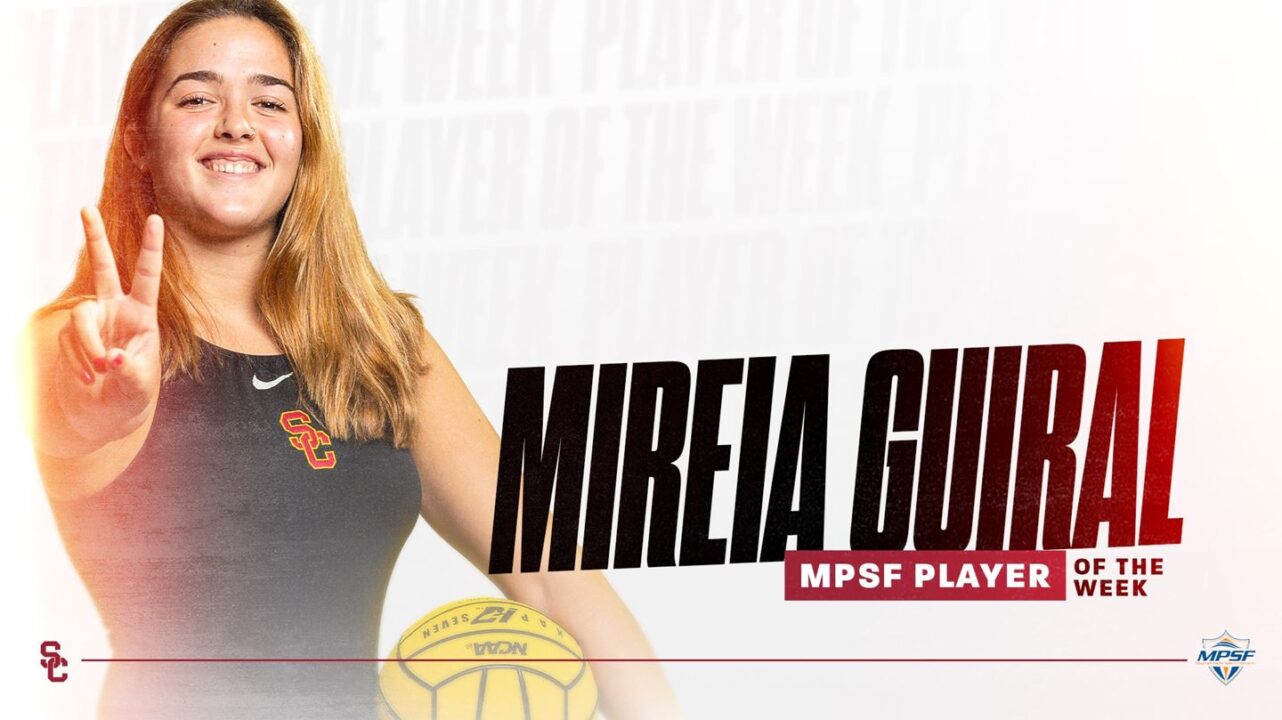 The junior helped USC to two more wins over the weekend over Arizona State. Current photo via USC Athletics

USC junior Mireia Guiral is the fourth Trojan to earn MPSF Player of the Week honors this season after her efforts in helping to keep top-ranked USC undefeated with two more wins last weekend. Guiral scored two goals in each game as the Trojans took down visiting No. 5 Arizona State in USC’s final home games of the year.
The two-meter force was a perfect 4-for-4 shooting and drew four exclusions for the Trojans in those back-to-back wins over the Sun Devils. In the first meeting, Guiral scored both her goals in the second half as USC made its comeback push to win 10-8 after trailing in the second period. The next day, Guiral scored twice again, also drawing three exclusions and adding an assist on USC’s final goal in an 11-8 win over the Sun Devils. Guiral also had a steal in each game.
Guiral joins three other Trojans to have earned MPSF Player of the Week honors this year, following  wins by Maud Megens (Feb. 16), Verica Bakoc (March 23) and Denise Mammolito (April 13). This is Guiral’s second MPSF Player of the Week selection in her USC career.
Guiral and the Trojans have two more regular-season contests ahead this weekend with a visit to Westwood. USC will take on UCLA at with 11 a.m. meetings on Saturday (April 24) and Sunday (April 25) at Spieker Aquatics Center.