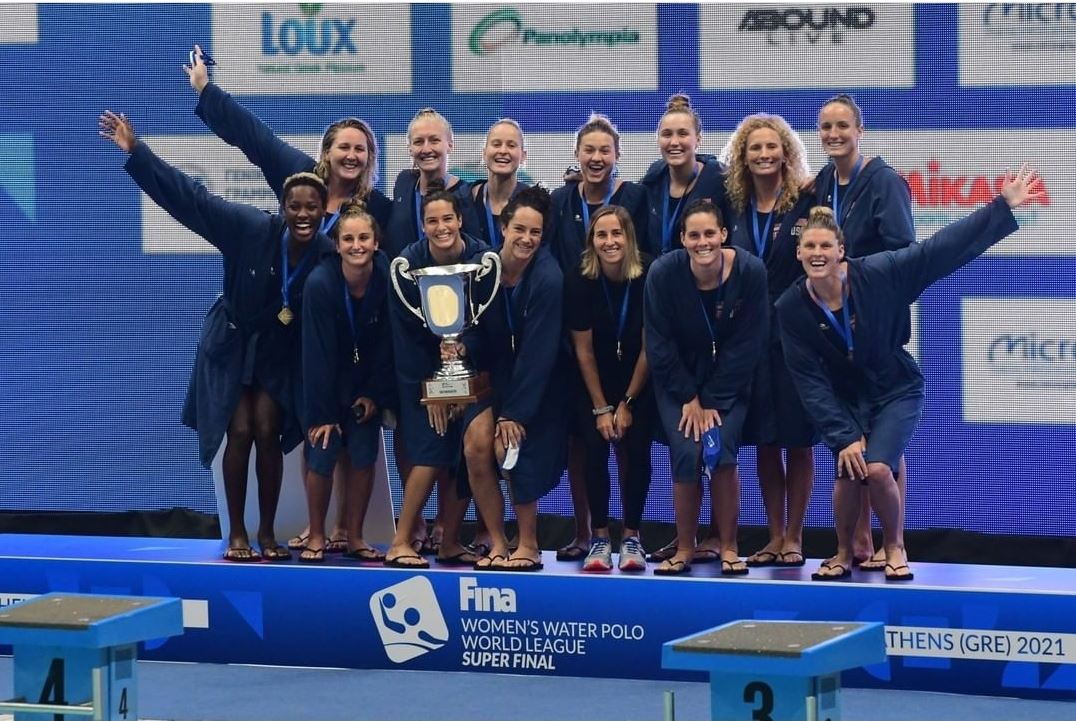 Athens, Greece – June 19 – For the seventh straight time and 14th time in program history, the USA Water Polo Women’s National are FINA World League Super Final champions! The latest gold medal came with a 14-8 win over Hungary as Team USA held off a furious second half rally by the Hungarians. Captain Maggie Steffens scored four goals and was named player of the match. Maddie Musselman and Rachel Fattal added three goals each to bolster the offense. Ashleigh Johnson did the job in net turning away five shots. Maddie Musselman was named MVP and Ashleigh Johnson was named top goalkeeper. Now Team USA returns home prior to Head Coach Adam Krikorian announcing the nominations to the U.S. Olympic Team roster this Wednesday in Los Angeles.

Team USA started off in strong fashion as Steffens delivered the first two goals of the game followed by the first from Musselman for a 3-0 lead. Hungary answered with two straight but Paige Hauschild closed the scoring in the period to build a 4-2 advantage. Hungary drew to within one midway through the second quarter at 4-3, but Steffens and Fattal followed with goals to take a 6-3 lead into halftime.

Hungary kept battling into the second half as they mounted a comeback. After Steffens put Team USA up 7-4 early in the third, former Cal Bear standout Dora Antal brought Hungary to within two. Not long after Makenzie Fischer put the United States ahead by four with under four minutes to play in the third but Hungary rallied again scoring two straight to close the period. Trailing 9-7 to open the fourth, Hungary turned to captain Rita Keszthelyi who connected for one of her two goals on the night to make it a 9-8 game with 5:01 to play in the match. That was apparently the wake-up call the United States needed as they responded with authority. Five straight Team USA goals followed started by Fattal. Makenzie Fischer was up next with a cross-cage connect that ricocheted in off the post. Fattal came back for another for a 12-8 lead with 3:27 to play. Alys Williams added a goal with a minute left in the match and then Musselman closed things out on a goal with no time remaining to secure the 14-8 win.