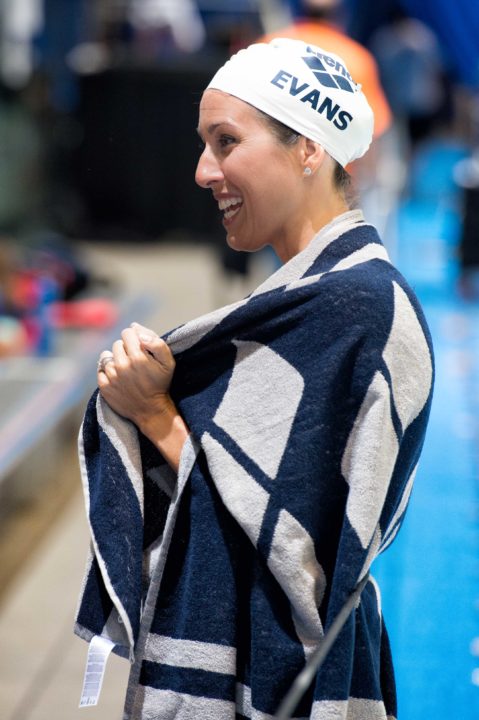 Evans was nominated for the FINA Bureau in 2018 to replace Dale Neuburger upon his retirement in 2021. Evans’ term would run from 2021 through 2025. The FINA Bureau doesn’t currently have a standard treasurer – only an “Honorary Treasurer” in the form of Thailand’s Pipat Paniangvait.

There are currently only 3 women among the 29 members of the FINA Bureau, and none of them are part of the organization’s leadership. 2 of those 3 women (swimmer Penny Heyns and diver Zhou Jihong) are Olympic gold medalists.

Also at the February 2nd meeting of the 2019 USA Swimming Board of Directors, Van Donkersgoed was nominated for Vice President to the UANA Executive Committee. UANA, the Union Americana de Natacion, is the organization that “organizes, supervises, and controls” aquatic sports in the Western Hempishere. The United States is currently represented on the UANA Executive Committee (term 2015-2019) by Neuberger and water polo legend Brenda Villa.

Does she have a degree in Accounting or CPA?

Surely there’s a better photo of one of the greatest distance swimmers in history than this…right?