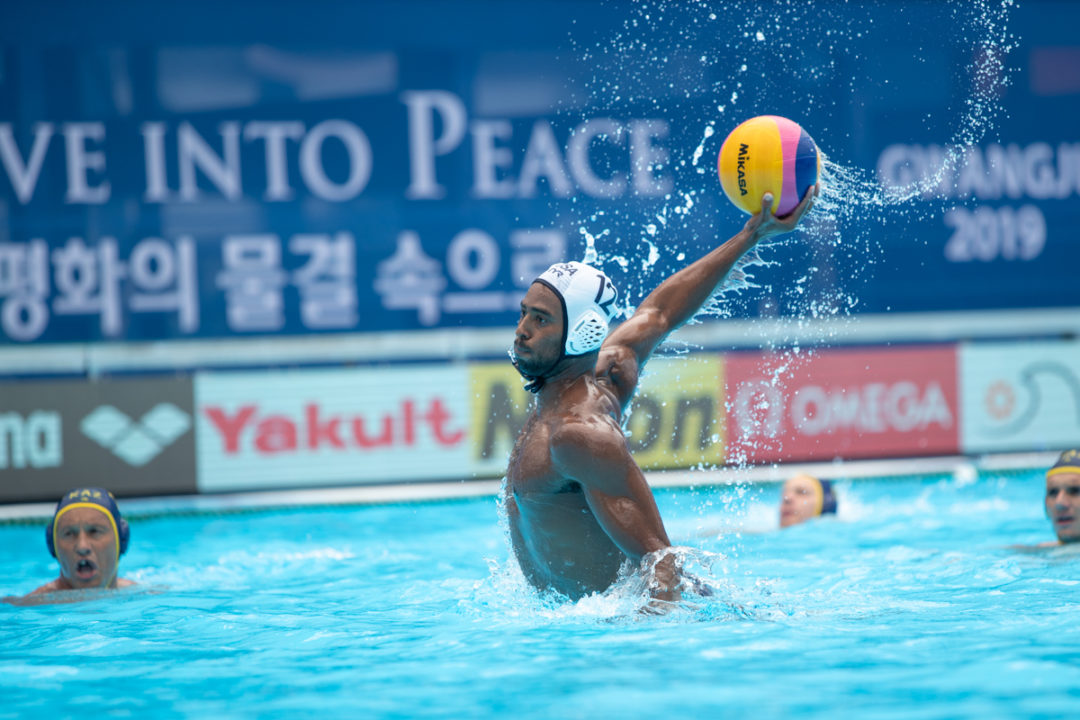 Strasbourg, France – July 23 — The USA Men’s National Team bounced back on day two of the FINA World League Super Final with a 15-13 win over Canada.
Chase Dodd and Max Irving scored three goals each with Jack Turner recording 11 saves in net. Team USA closes out group play tomorrow against Italy at 8 a.m. ET /5 a.m. PT. Live streaming is available by clicking here, with live stats available by clicking here.
Canada took an early 1-0 lead but Ben Stevenson quickly responded scoring consecutive goals to give Team USA a 2-1 edge and they would never trail again. Canada tied the match moments later but the United States ended the period scoring four of the next five goals, the last coming from Jake Ehrhardt, to secure a 6-3 lead after one. In the second quarter Team USA took control outscoring Canada 4-1 as Dodd started the scoring and Alex Bowen finished it for a 10-4 margin at intermission.In the second half Canada’s offense came to life as they powered home four goals in the third period. The United States answered with three of their own, including two from Dodd for a 13-8 lead going to the final period. Canada made a major push early in the fourth, running off four straight goals to open the period as they climbed to within a goal at 13-12 with just 2:09 left in the match. Reuel D’Souza scored two of his four goals in that span to help the Canadians rally. Team USA silenced any further comeback attempts as Irving and Ehrhardt pushed the lead back to three at 15-12 with one minute to play in the match. Canada tacked on a final goal but it wouldn’t factor in the outcome as the United States took the 15-13 victory.