Under Heavy Training, Chalmers Cruises To Victories In Adelaide 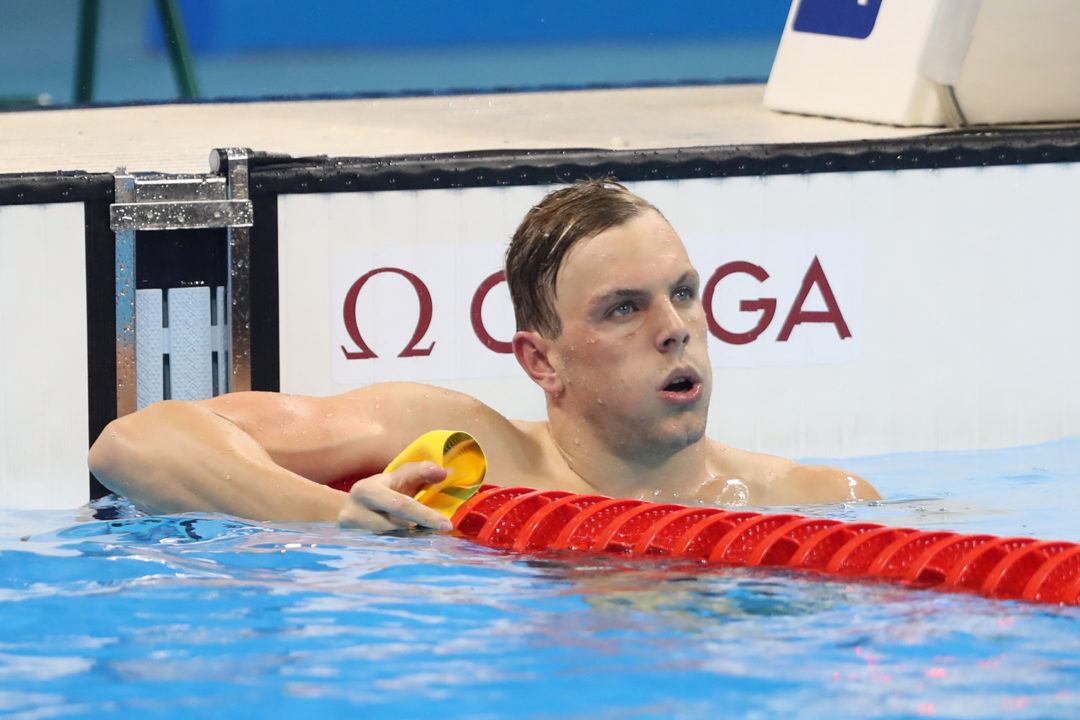 Olympic champion Kyle Chalmers took on an off-event at the South Australian States in his tune-up before next month's Commonwealth Trials. Archive photo via Simone Castrovillari 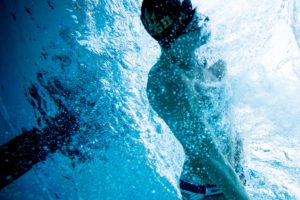 19-year-old Olympic champion Kyle Chalmers immediately went from the Vic Open last week to his own home state of South Australia’s Championships this week, getting additional racing in before next month’s all-important Commonwealth Games Trials.

After winning the 100m freestyle title last week in 49.48, Chalmers commented, “It’s awesome to come across from Adelaide and get the win in the middle of hard training so I can’t complain about that. Everything is on track for the Trials; we finish up here, travel back to Adelaide on Monday and start racing again on Tuesday at the SA State Championships.

We’ll get back into another block of hard training before we start to taper off – very exciting times.”

As such, the teen gold medalist competed on his home turf unrested and tired, but Chalmers did manage to put down a winning 100m freestyle effort of 49.29 in Adelaide. Representing the only swimmer under the 50-second mark, Chalmers opened in a quick 23.93 before winding down the race in 25.36. His opening 50 was much faster than his splits of 24.29/25.19 that rendered his 49.48 in Melbourne.

Chalmers also took on an off-event of the 200m butterfly in Adelaide, taking the men’s 19+O win in a time of 2:02.99. That logs as the Marion swimmer’s personal best, although he has rarely raced the grueling event. He also took the men’s 19+O 200m freestyle in a pedestrian 1:54.28 to wrap up his racing.

The Commonwealth Games Trials kick-off on February 28th in the Gold Coast.

Kyle is around the same times of McEvoy and Magnussen at this stage of his preparation for trials.

Come trials all three will have to be around 47mid
But then you have Mr Cartwright…. he could upset
All three of them.
I hope James Magnussen makes the team too.
Could all four give the world record a shake if they swim to the fastest at the comm games ?

With Ole on this one. Whilst you MAY see some sub48s, its far from a sure bet and if so, far more likely to be 47high than 47mid or better. Would also be majorly surprised if any more than 2 were under 48.

As for any M4X100 WR; whilst not an implausible scenario; its not as if they will have any competition pushing them.

Australia have a potentially stunning 4×100 coming along too

Going by the trends, Kyle has far better taper time drops compares to Cam and Maggie, Cant predict what Jack can do at trials.

I don’t think we’ll see any mid 47’s because McEvoy and Chalmers will probably not be fully tapered at the trials given that top three will be good enough and the gap they have over the other contenders.

Aussies are the kings of swimming top ranked times during trials… So yeah, expecting some fun races to watch.

gonna be fun to watch Chalmers race Dressel someday! I will put my money on Dressel.

Should be good race, Dressel’s front end against Chalmers’s back end. Don’t forget Chalmers is the Olympic gold medalist & 2 years younger then Dressel.