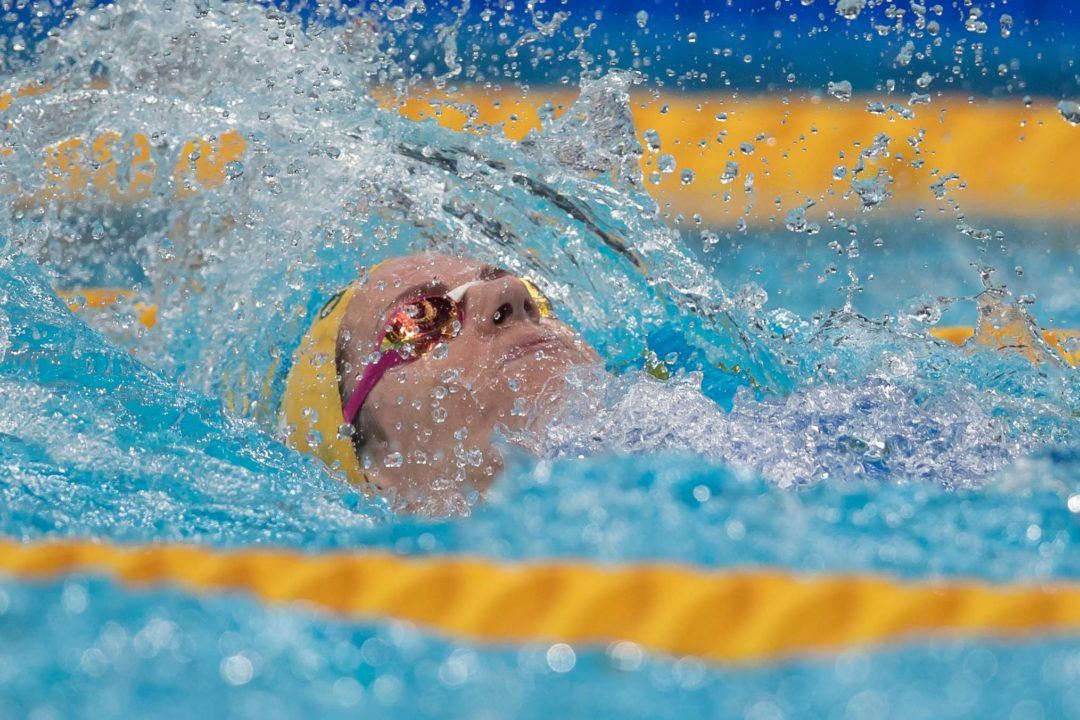 The Victorian Open Championships kicked off today in Melbourne with all eyes on two significant in-season duels on tap. In the men’s 400m freestyle, new training partners Mack Horton and Gregorio Paltrinieri battled in their 1st of 3 races this weekend, with Horton ultimately topping the Italian Olympic medalist in the 400m free.

Both in the midst of heavy training, as reported earlier, Horton just out-touched the Italian in respective times of 3:51.58 and 3:51.80, while David McKeon of Griffith University finished less than half a second behind in 3:52.04.

“It’s cool to win your home State Championships and in the middle of a heavy training block at the moment and it’s good to have some good to have some tough racing with Greg and Dave and believe me it was tough,” said Horton after the race.

“I’m actually in the middle of a pretty big hole (feeling tired) at the moment which means everything is on track – we’re stinging at this time of the season but it’s going well.”

The Melbourne Vicentre swimmer and his Italian partner in crime will move to the ocean tomorrow, where they’ll both partake in the Pier To Pub Ocean Swim before switching back to the MSAC pool to duel in the 1500m free on Sunday.

The other anticipated men’s showdown took place tonight in the 100m freestyle, where 2016 Olympic champion in the event, Kyle Chalmers, took on on-the-rise rival Jack Cartwright. Cartwright set the stage earlier in the prelims, collecting the only sub-50 second time of the field in 49.77 to land lane 4.

But, splitting 24.29/25.19, Chalmers back-halfed his way to a winning time of 49.48 in this evening’s final, beating Cartwright’s respectable 49.73 that garnered 2nd place. Also cracking the 50-second threshold was veteran James Roberts, who notched 49.90 for bronze.

Placing the race in perspective in light of the Commonwealth Games Trials that take place next month, 19-year-old Chalmers stated, “It’s awesome to win in a pretty stacked field here with Jack Cartwright and James Roberts and Travis Mahoney stepping up to do the 100m freestyle.

“It’s awesome to come across from Adelaide and get the win in the middle of hard training so I can’t complain about that.

“Everything is on track for the Trials; we finish up here, travel back to Adelaide on Monday and start racing again on Tuesday at the SA State Championships.”

Chalmers concluded,“We’ll get back into another block of hard training before we start to taper off – very exciting times.”

A two-time winner on night 1 came in the form of Olympian Emma McKeon, as the Griffith University swimmer topped the podium in both the 50m butterfly and the 100m freestyle. In the former, McKeon nabbed gold in 26.70, while her time of 54.69 was enough to take the win in the latter race.

World champion Emily Seebohm was upstaged tonight by starlet Kaylee McKeown, the younger sister of Olympic finalist Taylor McKeown. As evidenced by her stellar swims over the past year, including a 4th place 200m backstroke finish in Budapest, McKeown is gunning for a spot alongside Seebohm in the Gold Coast later this summer.

Of note, Maddie Groves was set to make her return to racing, entered in both the 50m fly and 100m free, but was a no-show. We’ll look to see if she appears on day 2.

Kaylee McKeown (speedy 31.42 to close the race also for her) anyway is a great talent and the women 200 back will be exciting in next years with, besides the two Aussies, the 3 youngsters (Xuwei Peng, Regan Smith and Taylor Ruck) watched at Austin GP.