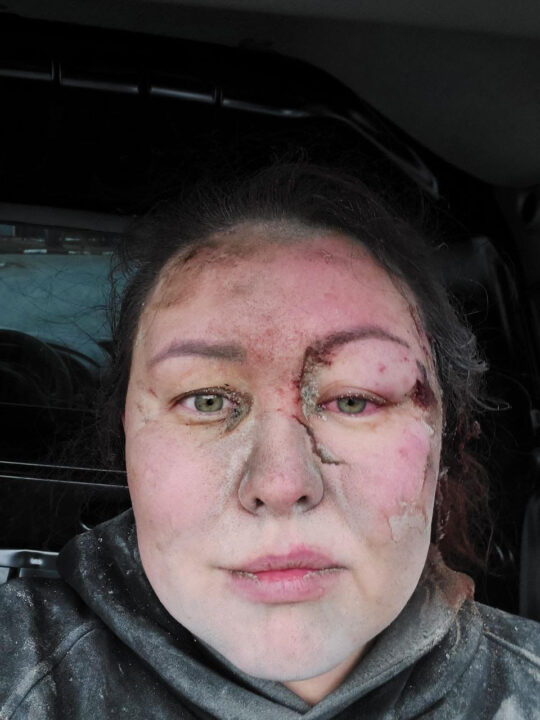 The Ukrainian National Team swimming coach was dug out from a bomb shelter after a missile hit the building where she was volunteering.

Aiyna Morozova, the Director of SC Spartak Kharkiv, and the Director of Kharkiv regional department of the Ukrainian Swimming Federation was trapped underneath the basement rubble for two-hours until she was rescued by a volunteer who heard her crying for help.

“I am alive, partly safe and very upset,” Morozva wrote in an email to the Ukrainian Swimming Federation with the photo of her post-evacuation attached.

“I was in the HODA building, on the first floor in the second office from Ivanova Street, I worked as a volunteer in the buffet for soldiers and I will do so – I can be on the sidelines, this is my country, where I planned to become Minister of Youth and Sports … lay under the rubble for two hours and prayed to all the Gods, in all the languages ​​I know. I could not move and cried, thinking that I would die buried alive, and I almost never cry. I was found in the basement,” Morozova wrote on Facebook in Ukrainian, which has been translated to English.

Per the post from Wednesday, Morozova has no serious injuries. “Only, it seems, the psyche is slightly affected (but many think that I was not in myself before these events) and a complete change of worldview,” she writes.

Dmytro Kachurovskyy, the former President of the Ukrainian Swimming Federation commented on the situation via an email to SwimSwam. “Putin’s propaganda tells the Russian people that it is not war, that it is a military campaign. But they are bombing ordinary people like Aiyna. She is not a soldier as hundreds of people were killed and wounded by Russians. As I know, this propaganda works – 93% of Russian people support this.”

“Honestly, I don’t know what to write with this image but we need to stop it,” he writes.

I’m crying and praying for everyone.

this really is heartbreaking i hope that this will end soon

Just hope this will end sooner than later. And no more people need to be hurt like this.

And all the whining about how Covid disrupted training.

It did disrupt training, though. A lot of teams (club, high school, and college) couldn’t hold practices or had to limit capacity. It’s had a horrible mental toll on athletes. Almost a million Americans are dead. Many athletes are suffering from Long COVID. Ella Eastin was forced into retirement, and she certainly isn’t the only one…

Also, there is absolutely no need to bring this up in an article about a survivor of an ongoing, unjustified war.

Don’t know why we gotta compare the two things.

Covid isn’t like being under active barrage but it’s not exactly some minor inconvenience, either.

where is the correlation…

We once again can be grateful for our good fortune while others face unfathomable tragedy. Slava Ukraini