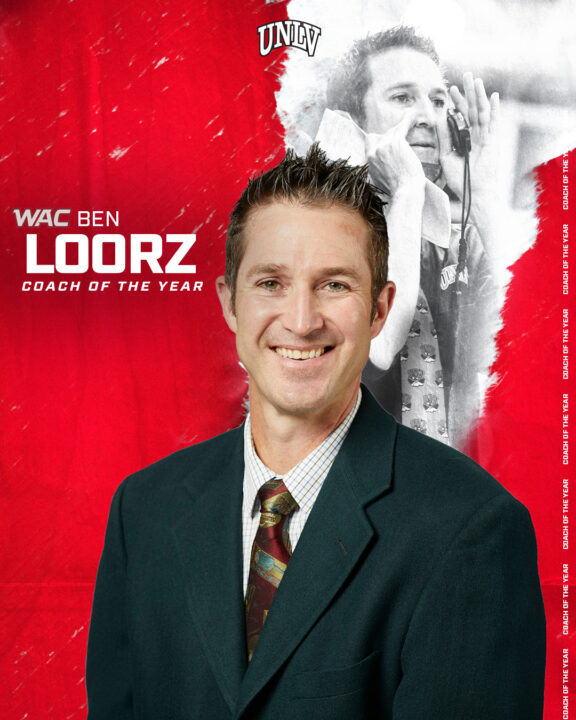 LAS VEGAS (UNLVRebels.com) – UNLV swimming and diving head coach Ben Loorz has been named the 2022 WAC Men’s Coach of the Year, the league office announced Wednesday. This is the second time he’s received the honor after earning his first recognition last season.

In his sixth year at the helm of the Rebel swimming and diving program, Loorz led the Scarlet and Gray to its second straight WAC Championship. At the four-day conference competition, UNLV won six individual titles and two relay titles, as well as nine silver and nine bronze medals.