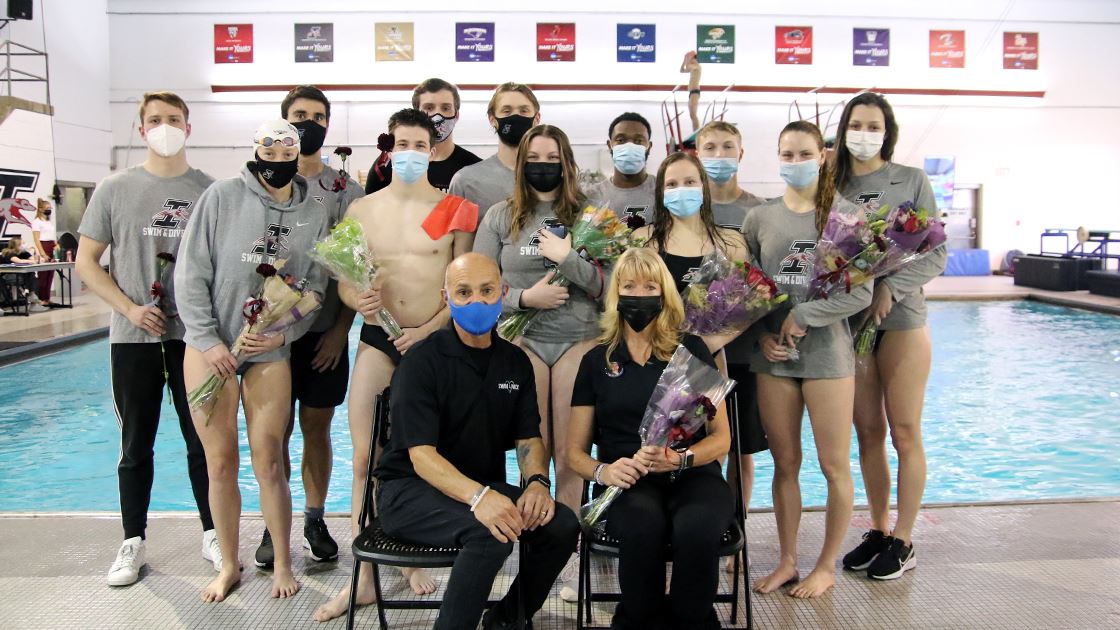 Nick Dworet was committed to swim for the University of Indianapolis when he was killed in a school shooting in Florida in 2018. He would have been a senior this season. Current photo via UIndy Athletics

INDIANAPOLIS – Today was a special day at the Ruth Lilly Fitness Center for the University of Indianapolis swimming & diving programs. Not only was it Senior Day where 14 seniors would say goodbye, but the team had the great honor of continuing the legacy of Nick Dworet in the Swim4Nick Memorial Meet which saw the Greyhounds battle it out in an intrasquad setting.

SWIM4NICKFour years ago on the first weekend in January, Nick Dworet, a swimmer for TS Aquatics in Florida that had dreams of representing Sweden in the Olympics, came on an official visit to the University of Indianapolis. He committed to the Greyhounds swim and dive program, and the rest of the UIndy family did the same to him. A month later, the high school senior had his life taken from him along with 16 others in the Marjory Stoneman Douglas High School shooting.Four years later, UIndy still honors the fallen swimmer each and every day. Today’s meet featured the Greyhounds wearing “Swim4Nick” gear to show love for the 2018 commit who touched so many people in his life. SENIOR SEND-OFFOf the 14 seniors honored this afternoon, five are on the women’s squad while nine compete for the men. Marizel van Jaarsveld, Krystal Caylor, Ally Lunzmann, Julia Simioni, and Alaina Joyce were honored on the women’s side. For the men, Kael Yorke, Anthony Williamson, Casey Crawford, Andrew Rottinghaus, Jan Zuchowicz, Sebastian Wenk, Benjamin Rader, Victor Antonon, and Nick Dworet were celebrated this afternoon. Annika and Mitch Dworet had the honor of walking for their son. UP NEXTOn Jan. 13, the diving program will compete against IUPUI at the Indianapolis Diving Dual at 2 p.m. A day later, UIndy will battle Cleveland State in the pool on the road beginning at 3 p.m.

This is so wonderful. Never stop this tradition. ♥️

Coach Jason Hite, no longer with UNIDY, started a great thing at INDY. I hope the next head coach will continue to honor Nick with this meet every year. It is a great way to teach kids in college that life can be short at any time and we should enjoy every minute on earth that God gives us. God Bless the Dworet family.