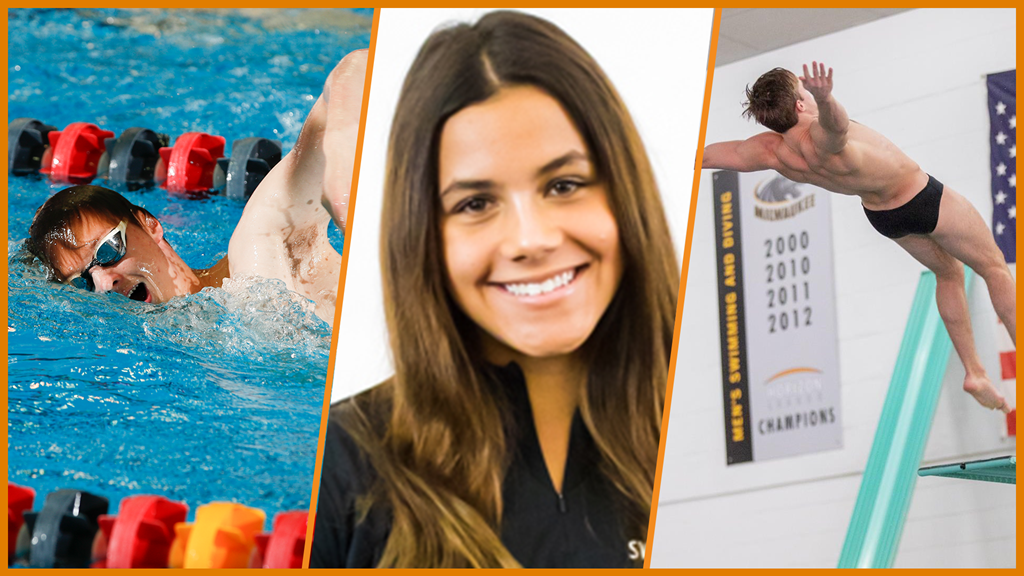 MEN’S SWIMMER OF THE WEEK | JAN KOMOROWSKI | UIC | SOPHOMORE | LODZ, POLAND
Jan Komorowski turned in two individual victories and contributed to a relay win in UIC’s dual meet win over Valparaiso. He went two-for-two in individual events with wins in the 1000 free and the 500 free. His winning time in the 1000, 9:29.10, was the fastest by any Horizon League swimmer this season. Promoted to the A-200 free relay team for the first time this year, Komorowski led off the Flames’ winning entry. He got to the wall 1.04 seconds before Valpo’s leadoff swimmer, accounting for the team’s 1.03-second margin of victory.

WOMEN’S SWIMMER OF THE WEEK | NHIA CARAS | MILWAUKEE | FRESHMAN | ROCKFORD, ILL.
Nhia Caras tallied two individual victories against the University of Chicago while also participating in a pair of relay wins for the Panthers as well. The freshman collected her third wins of the season in the 50 freestyle (23.88) and 100 free (53.23) and anchored the 200 medley and 400 free relay teams.

MEN’S DIVER OF THE WEEK | JARED KLECZKA | MILWAUKEE | SOPHOMORE | FRANKLIN, WIS.
Jared Kleczka collected a pair of individual wins this past weekend against the University of Chicago, including a career-best 349.80 points on the three-meter board. The sophomore posted a score of 315.30 on the one-meter for his second win and reached the NCAA Zone-qualifying mark on both boards.