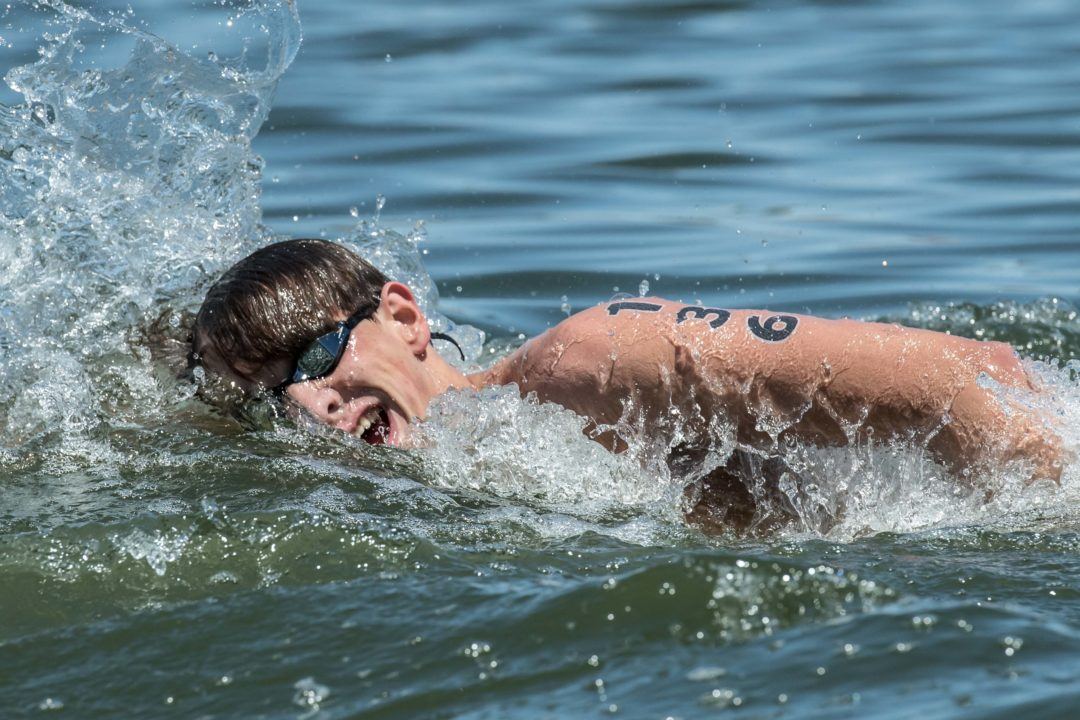 Athletes who have qualified for the Pan Pacific Championships in open water swimming will be able to add pool events (and vice versa) in Tokyo, USA Swimming has confirmed. Archive photo via Mike Lewis/Ola Vista Photography

Athletes who have qualified for the Pan Pacific Championships in open water swimming will be able to add pool events (and vice versa) in Tokyo, USA Swimming has confirmed.

Pan Pacs is a unique international meet in that athletes who qualify for the team in one pool event can add other pool events to their prelims lineup at the Pan Pacs meet itself. However, only the top two Americans will be able to compete in the A final, with one more allowed into the B final. As the 2019 World Championships team will pull from combined results of U.S. Nationals and Pan Pacs, that twist offers what we last Olympic cycle dubbed the ‘Pan Pacs second chance’ in which an athlete who isn’t among the top two Americans in an event can grab a World Championships spot late by putting up a top-two time at Pan Pacs.

In terms of specifics for this week’s meet, the open water/pool swimming crossover helps explain Michael Brinegar‘s scratch out of the 1500 today. The 1500 is arguably Brinegar’s best pool event, and we had projected him to take 6th and make the Pan American Games team there. Brinegar, who has already made the open water Pan Pacs team, could now add the 1500 free at Pan Pacs in hopes of qualifying for Worlds in 2019. He won’t, however, be able to use his Pan Pacs swim to qualify for Pan Ams or the World University Games in 2019.

The 8 open water Pan Pacs spots are already selected, based on two qualifying meets earlier this spring. Jordan Wilimovsky, David Heron, Brinegar and Taylor Abbott are qualified for the men, and Ashley Twichell, Haley Anderson, Hannah Moore and Chase Travis for the women. Wilimovsky, Brinegar, Twichell, Anderson and Moore are all fairly high-ranked pool swimmers as well, so we could see any of those swimmers elect to scratch this week’s events and make a World Championships run through Pan Pacs.