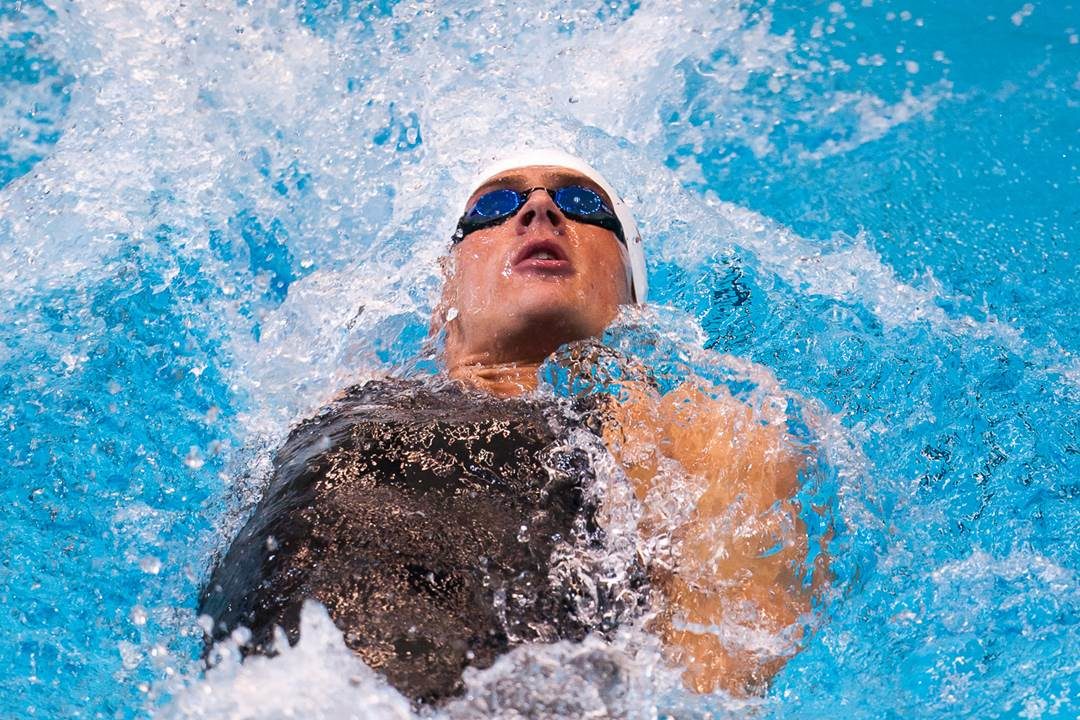 When swimmers take to the field, court or track it can be difficult for their bodies to adjust to activities such as running, but is it really because of swimming? Current photo via Tim Binning/TheSwimPictures.com

Since swimming is such a good exercise, most swimmers probably do not feel the need to do any other kind of exercise besides regularly attending practice. And rightfully so. Swimming for one hour at a slow pace burns about 500 calories.

When swimmers take to the field, court, track, you name it, it can be difficult for their bodies to adjust to activities such as running, but is it really because of swimming?

Aerobic capacity, also known as VO2 max, is the amount of oxygen your body can use while exercising. It is important for athletes to have a high aerobic capacity. In an experiment performed by professors at Fukuoka University in Japan, eight children with asthma were given a training plan in which they swam every day for six weeks. At the conclusion of the six weeks, their aerobic capacity was tested and it was determined that the swimming had had a positive effect for these children.

In addition to aerobic capacity, swimming is also extremely beneficial to one’s lung capacity. A swimmer’s lung capacity is on average three times better than that of the average person.

Not only does swimming have cardiovascular benefits, it builds muscle strength and endurance without any stress or impact on the body. It improves flexibility and posture, which can help with injury prevention. Strengthening your core muscles is important for all types of physical activity.

“The cardiovascular benefits and increased aerobic capacity among swimmers are commonly touted as the main benefits of swimming. However, a benefit that can’t be overlooked is the muscle training difference between swimming and its land sport counterparts. Swimming builds important postural and core muscles that are particularly underdeveloped in most young athletes,” said Christopher Rizzo, D.C.

Some may argue that swimmer’s extensive time spent in water prohibits them from developing good coordination. In 2010, researchers tested this theory by having twelve competitive swimmers and twelve recreational swimmers swim the 25 meter breaststroke. They were filmed and closely studied. In actuality, the competitive swimmers showed greater intra-cyclic variability (also known as coordination) because they spent more time in the glide portion of their breaststroke cycle. As a result of this, the recreational swimmers had difficulty using both limbs at once. Each had a tendency to use one limb as the other was recovering from the previous stroke.

Out of the pool and on land, Matt Jarvis, winger for the English soccer team West Ham United, told interviewers how his foundation of swimming in high school helped his current success. “I did track athletics, cross-country, swimming and football (soccer)…I was decent at all of them. I probably won the most at swimming: I was Surrey Champion four years in a row at breaststroke.” When asked how other sports helped his soccer game, he said, “The endurance base is the main thing. I was always extremely fit from all the athletics and swimming. The attitude towards training I got from those other sports made me a good trainer in football(soccer), too. I had real discipline.”

And then there’s the video of Josh Schneider (swimming sprint star, NCAA Champion) out-sprinting — ON LAND —  NFL wide receiver Ruvell Martin of the Buffalo Bills.  (It’s labeled as 40 yards, but looks shorter than that).  Click here to see the video.

I disagree with the article. From my experience, sprinters and breast strokers have the best transition into land sports.
But distance swimmers, butterfly swimmers, or backstrokers who have significant underwater kicking ability all tend to have highly increased ankle flexibility (plantar flexion) as well as inwardly. I’ve noted a lot of great kickers are even pigeon toed.
This increase in ankle flexibility means less stability when running, leading to more frequent twisted ankles and poor alignment. (Both Michael Phelps and Ryan Lochte have sprained ankles doing seemingly simple activities.)
Hyperextended knees are often beneficial for kicking. (Look at Ryan Lochte’s.) These are inefficient for running and lead to poor alignment and posture.
Increased and disproportionate use… Read more »

So to prove that swimmers are coordinated, they did a study showing that competitive swimmers have better breaststroke than non-swimmers? Brilliant

Conducted by “researchers”? For what, the 2nd grade science fair?

“Not only does swimming have cardiovascular benefits, it builds muscle strength and endurance ***without any stress or impact on the body.**”

Says no one ever during a backstroke set.

Often had wondered what kind of times Kiki would have put up if not for an outstanding B-Ball career. Would like to see him give masters s go. How about Milt Campbell Olympic Decatholn Champ 1956 Melbourne swam for Planefield NJ High School and made all american on a relay. Was honored by ISHOF a couple years ago before he passed.
Also Jim Btrown one of the greatest athletes ever Football one of greatest , also all time great Lacrisse and also played B-Ball and ran track at Syracuse first couple of years. Was told he was intermural champ in the 50 free. Saw him swim well on a super stars program. Hall of Famer Baseball Mike Schmidt was… Read more »

When he was 10, Humphries came out to ’95 Spring SC Far Westerns at Heather Farms in Walnut Creek. He crushed everyone in the 50s, and I believe set that NAG there. He was gigantic and mentioned basketball even then. Within a few years he was full-time bball, and the rest is history. He has more in common with Ray Jay and Kanye now than Phelps.

Speaking of Phelps, at 10 he traveled west to ’95 Summer LC Far Westerns at Santa Clara. He also crushed everyone and set at least one long-standing NAG. Had some funky stroke mechanics then, but was clearly the most gifted young swimmer ever,… Read more »

Dax Hill is a good example of a swimmer being good at a land sport. He was recruited as a basketball player to a ton of schools including Indiana, before he decided to swim for UT.

Too bad he couldn’t take me on the court…..

Some swimmers are very good outside the water, some aren’t. My brother was a good swimmer growing up, and played college football. He didn’t play in the NFL, but spoke to NFL teams. I was on several state championship soccer teams, and played several other sports in HS.