"Your only limit is you" ~ Napoleon Hill 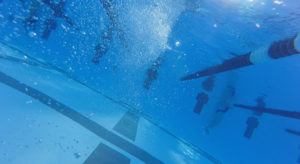 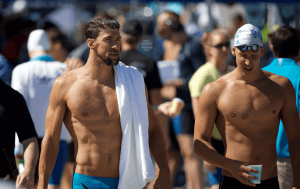 12 Things That Happen When You Date A Swimmer

#1 – Your significant other is probably more muscular than you… Sorry. We can’t help being jacked. It just happens. You probably can’t beat us in a sit-up contest, either. But that’s ok. You could outrun us any day. 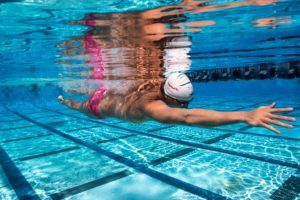 How My Epilepsy Diagnosis Affected My Swimming Career

It was a Sunday morning around noon, about a month ago. A few friends and I were walking into the dining hall to eat after a night out. 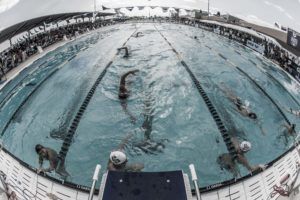 An Open Letter To Our Team Captains

Dear Captains, thank you for a season of guidance, leadership, and endless support. 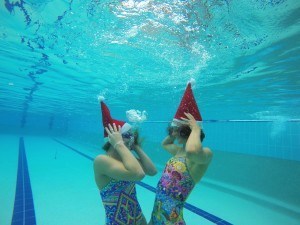 The 12 Days Of Swimming

On the week after Christmas my swim coach gave to me…

Shortly after Bryana Cielo’s birth, she developed her love of water at her family beach house–and hasn’t stopped since. At the conclusion of her swim lessons at age 7, it was recommended that she try out for the local summer swim team. After her first season, she won the 8 and Under Girls High Point trophy at championships and was named Rookie of the Year. She was then pointed in the direction a nearby club team. She tried out, made it, and never looked back. Little did she know, she wasn’t only starting a sport- but a lifestyle.

After gaining experience as an assistant coach a few summers ago, Bry was named head coach of her summer swim team for summer 2015. She always says her favorite part of the job is watching the little ones fall in love with the sport while she and her fellow coaches teach them the techniques they need to meet their potential in the pool.

Looking ahead, Bryana is pursuing a career in the field of Communications/Media Arts. After 2 years of swimming for Sacred Heart University, it was determined that it was no longer safe for Bryana to compete due to an epilepsy diagnosis.

Bryana, a SwimSwam contributor, loves sharing her experience and knowledge of swimming with the SwimSwam audience.

Bryana writes for the Epilepsy Association of NJ as well as her own personal blog. In the future, she would like to work to bring awareness to epilepsy through her writing. She also enjoys visiting any place with a beach or pool and listening to any Taylor Swift song.