What Losing Swimming Taught Me 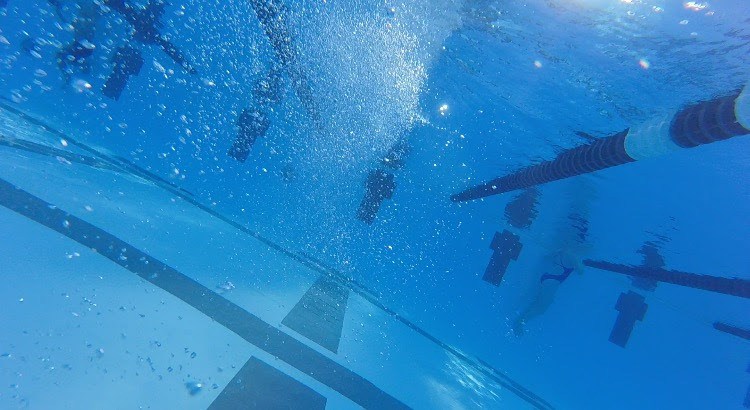 While it feels like it will be impossible to let go of this part of my life, I know that part of me will always be a swimmer, no matter how long it’s been since I dove off the block. Just like swimming taught me the resilience it has taken to fight epilepsy, it will be there for me for the rest of my life. Current photo via Bryana Cielo

In mid-November of 2017, I shared a piece about how my epilepsy diagnosis affected my swimming career. I had just suffered from my first grand mal seizure, but my doctors believed that the medication they had prescribed me would be enough to prevent me from ever having another.

The convulsions during my first seizure were so severe that my right shoulder was dislocated and relocated while I was unconscious. My orthopedist told me that I would eventually need surgery, but I could try to swim through it for the rest of my college swimming career and it could be fine. So, I did.

I was very optimistic about my return to swimming. It had taken an entire month to get clearance to swim again, and I was ready. It was a slow progression, but I eventually built back up to swimming every stroke for short distances. I had pain, but I was able push through it. I was in the pool for about half of a training trip, and I thought that I could eventually build back my strength up without surgery.

However, after returning home and having a follow up consult with my orthopedist, he told me that my shoulder was not stable at all. I told him about having done an all out 100 butterfly during training trip, and he looked at me like I was crazy. He told me he couldn’t believe I had done that with the condition my shoulder was in. He strongly suggested I undergo surgery. I decided that I would get it over with, since my season had pretty much been ruined anyway. I didn’t want to ruin another one by waiting.

Almost two months after surgery, my roommate and I decided to go to the movies. I got in line to get popcorn and the next thing I remember is waking up next to a paramedic. They told me I had suffered a seizure, and my first thought was, “Not again.”

After an entire summer of testing and seeing three different doctors, it has been determined that it is unsafe for me to continue my career as a competitive swimmer.

All I have ever been is a swimmer. I remember participating in ice breakers on the first day each year in grade school. The teachers would ask us to share a fun fact about ourselves, and you could have bet money on the fact that I would have shared that I was swimmer. (The only exception to this is when we did ice breakers at the first day of swim practice. Then, I was really stumped. I would resort to telling the group my favorite color, but no one was impressed).

I had tried other sports, and I was decent at them, but none of them clicked like swimming did. Throwing a strike or scoring a goal could never quite beat touching the wall at the end of a race and seeing the time I had spent hours training for.

Growing up, I defined myself with swimming. I never really considered myself to be anything other than a swimmer, because I never had to. The thought of my career ending always scared me, mainly because swimming is such a huge part of who I am. I believed that once my career ended, I wouldn’t be a swimmer anymore. I thought that I would have to find something else to be. I know now that I was wrong.

Swimming gave me so many of the amazing things I have today. I have been taught so many lessons that I wouldn’t have learned otherwise. I’ve made so many friends and had some amazing coaches. I am so much more prepared for my future because of this sport.

While it feels like it will be impossible to let go of this part of my life, I know that part of me will always be a swimmer, no matter how long it’s been since I dove off the block. Just like swimming taught me the resilience it has taken to fight epilepsy, it will be there for me for the rest of my life.

The desire to lower the time on the clock will be present in my desire to reach more people with my writing. The dedication it took to spend countless hours in the pool will be there when I am working towards a promotion in the office. The ability to push through the last 50 of a 200 butterfly will be helpful when I am completely overwhelmed and devoid of energy, but still have a deadline to reach. Some of the people I met behind the blocks as an 8 and under will be lifelong friends.

And I have 13 years of experience in this sport to thank for that.

I have not been able to swim for months due to a heart condition and every workout I think about the days that I desperately wanted to swim and I try my hardest and do the whole workout. I always think about all the people who would love to be doing the hard set I am doing and I try my best.

Great article. I relate to your story a lot, as I faced a similar situation (I had to stop swimming after 13 years because of chronic health conditions that became too severe to train). Keep fighting and I’m glad shared your experience 🙂

A swimmer is mentally and physically tough. You embody that. Thank you for sharing this.

Swimmers who feel like slacking today. Maybe you don’t want to get in the pool today. You are giving up on the last few reps of a long set. Skipping a couple reps during dry lands. Read this article and dedicate your workout today to this person.

So true! Your words make me think back to the days when I would complain about getting in the pool…which wasn’t too long ago. I wish I had appreciated it more when I had it.

Are you related to Cesar ?

No, I’m not. That would be so cool though! I’m just your average Jersey girl.