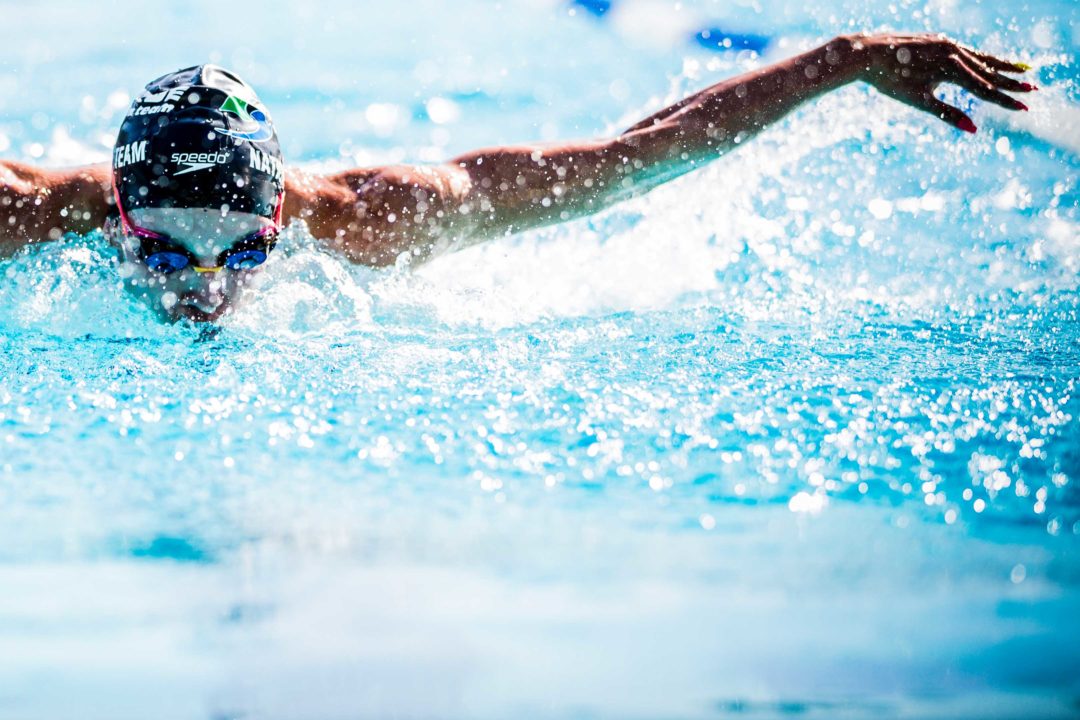 After Smith and Walsh cracked 58.00 in the 100 meter fly on Friday, the top 5 American women in the event this season are all under 20 years old and 58.00. Archive photo via Jack Spitser/Spitser Photography

Friday night was phenomenal for the women’s 100 meter butterfly. After 19-year-old Regan Smith posted a season-best 100 meter fly time of 57.88 at the San Antonio Pro Swim Series and Gretchen Walsh clocked a lifetime best 57.43 in Georgia, the top 5 American women in the event this season are all U.S. National Team members in their ‘teens with times under 58.00.

Claire Curzan has been at the top of the all-time fastest 100 flyers per age group since age 12 where her time is still the 2nd fastest time ever swam by an 11-12 year-old. Since then, she has broken the National Age Group Record in the event for 13-14 year-olds and 15-16 year-olds. While Smith competed at the long course Pro Swim Series on Friday, Curzan bested her own short course yards 100 fly NAG in North Carolina (49.51).

Douglass has specialized across events and strokes. This collegiate season at the University of Virginia, Douglass is the top-ranked swimmer in the NCAA in the 50 free, 100 free, 200 IM, and 200 breast. The only swimmer ahead of her in the 100 yard fly is Michigan’s Maggie Macneil of Canada who is the fastest woman tin the NCAA to ever swim the event. But in long course, Douglass is now tied with Walsh as the 7th fastest 100 butterflyer in the world this season.

The most recent addition to the 100 meter fly Olympic hopeful mix is backstroke World Record-holder Regan Smith. She has been at the top in the 200 fly (as well as both backstroke events) for a lot longer than she has in the 100 fly. As a 15-16 year old Smith became the 2nd all-time fastest in the 200 fly in her age group. In March 2020 she posted her lifetime best 200 meter fly 2:06.39 which is currently the all-time fastest swim in the age group.

This 100 fly lineup has unique significance as we get closer and closer to the 2021 U.S. Olympic Trials in early June where we will surely see these four women vying for a spot on Team USA. For perspective, Kelsi Worrell and Dana Vollmer made the 2016 U.S. Olympic Team in this event with finals times of 56.48 and 57.21, respectively. The youngest swimmer in that final was Cassidy Bayer who was 16 years old at the time and finished 4th (58.35).

Wow. Dahlia is really going to have to be in top form to make the team. She has a relay shot and that’s about it. 57 won’t make it this year I believe. Crazy they are all under 20 years old.

This is shaping up to be one of the most exciting women’s races at trials, along with the 100 back and 200 IM. I don’t think Dahlia makes it – too much young talent surging right now.

I wish this depth and quality could transfer to the 200 fly, which is a snoozefest both domestically and internationally…

I have a feeling Charlotte Hook is going to surprise a lot of people at Trials in the 200 fly.

Wave #2 of the Phelps effect + Wave #1 of the Ledecky effect.