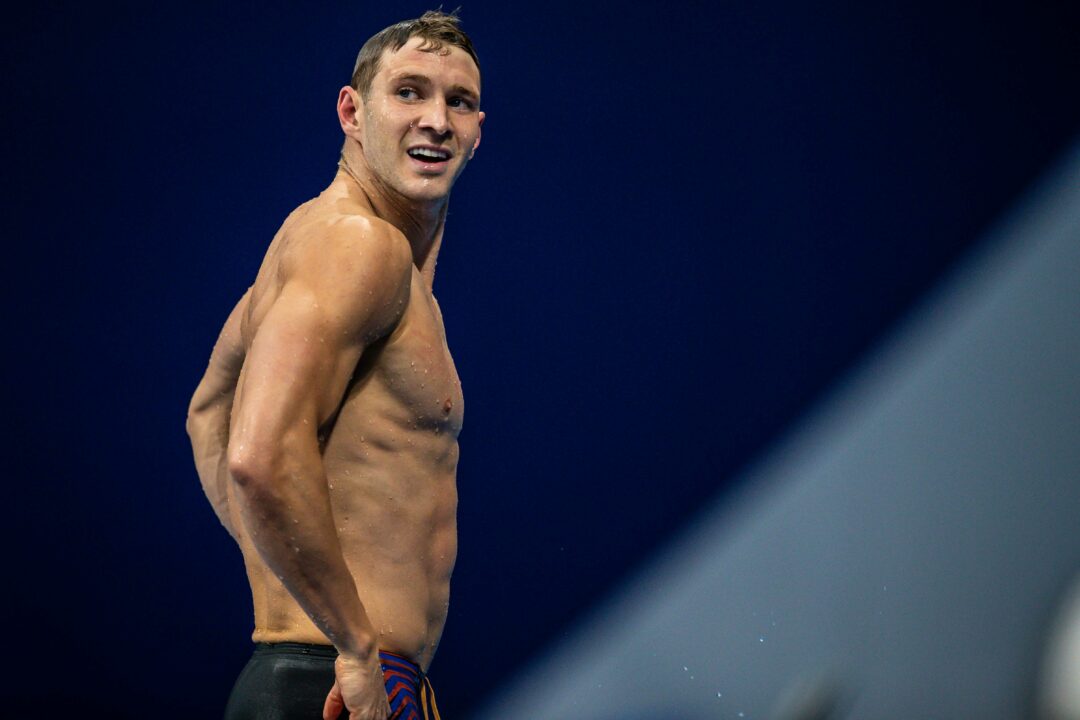 Two men’s events that have been dominated by the United States in recent Olympic history saw their respective streaks snapped on Friday morning in Tokyo in what was the first finals session with no American gold medals.

The U.S. men have had an unprecedented run of success in the backstroke events, entering these Games having swept both the 100 and 200 back at the last six Olympic Games.

Ryan Murphy completed the sweep all on his own at the 2016 Games in Rio, joining Lenny Krayzelburg (2000) and Aaron Peirsol (2004) as U.S. men to win both events at the same Olympics during the streak that began in 1996.

The run in the 100 back came to an end on Tuesday morning, as Russia’s Evgeny Rylov claimed gold in a time of 51.98, leaving defending champ Ryan Murphy of the U.S. back in the bronze medal position.

The final of the 200 back on Friday yielded a very similar result, with Rylov winning gold in an Olympic Record time of 1:53.27, while Murphy saw himself relegated to silver, losing both of his Olympic titles to signal a definitive end to the recent run of American backstroke dominance.

Around 25 minutes later came the men’s 200 individual medley final, where the Americans had won four straight golds—all from the legendary Michael Phelps—and had at least medalled in five straight Games dating back to 2000.

Michael Andrew came into the meet as the top seed, having produced a world-leading time of 1:55.26 at the U.S. Olympic Trials, but hasn’t been on the same form in Tokyo.

Andrew, a first-time Olympian, got progressively slower from the heats to the semis and ultimately to the final, clocking a time of 1:57.31 to finish off the podium in fifth.

The other American, 400 medley gold medalist Chase Kalisz, failed to make the final, leaving the U.S. off the 200 IM podium for the first time in 25 years.

Phelps has was critical of the way Andrew races the 200 IM at the U.S. Trials in Omaha, suggesting he goes out way too fast and doesn’t leave enough energy in the tank for the freestyle leg.

Whether it’s a fatigue issue, a technical issue, or a mix of the two, Andrew’s controversial pacing reared it’s ugly head in the final, as he turned first at the 150 before getting mowed down on the freestyle with a 30.69 split—by far the slowest in the field.

Might as well just take it out like a madman, that would be more entertaining to viewers than this. That way his breast leg might soon be faster than his free leg too which would add another “fun fact” to his unconventional swimming career.

Rylov has fantastic turns and pick up a lot of ground on those turns.

Sounds like a lot of American haters in the comments. Michael Andrew is a great guy. In and out of the pool. He’s at the olympics while you’re typing away at your keyboard.

Nothing lasts forever. The Americans cannot go faster but the world does.

Murphy says he doesn’t think the races he swam were clean:

I don’t know how I feel about statements like this. These vague suggestions of doping don’t tell us anything we don’t know. If knows something about someone in particular, why not have the guts to say it, as that would actually be taking a step for clean sport? Especially if you bring up the topic unprompted, you should have something useful to add about this.

Murphy has always seemed like a standup guy and a great competitor that leads by example. But this reads like he isn’t being gracious in defeat, dare I say even a sore loser. We can… Read more »

King surprised me on her defeat. Murphy was the actual opposite of my expectation

Greenbank also made similar statements that were prob directed at the ROC. Perhaps they are bummed on losing or maybe they know something we don’t know

Rylov since 2017 has been superior…

Serious question, how would an athlete from the US or UK know if the Russian athletes are doping? What would they notice that would be different than if they were just faster?

If they are truly in favor of clean sport at all costs and know something we don’t know, I challenge one of them to come out and say it. Make a statement that can directly enact change. Otherwise, it’s just more meaningless smoke-blowing that anyone can do, and unfair to people like Rylov who’ve never failed a doping test.

I think they’re just saying what we all know to be true, which is that Russia should not be competing in the Olympics. They were proven– not alleged, PROVEN– to have orchestrated doping corruption on an unprecedented scale, and the penalty from CAS was a symbolic slap on the wrist. It’s an utter embarrassment to sport.

0
0
Reply
NOT the frontman of Metallica
Reply to  HJones

Not the first time he isn’t “gracious in defeat”. Didn’t he call Coleman Stewart b*tch behind his back after a skins game in ISL?

13
-4
Reply
Gus
Reply to  NOT the frontman of Metallica

That was extra weird as well because Murphy won that

I don’t understand why swimswam is so late on this story?

Yeah this feels a bit classless

The way Kolesnikov is always dying at the end of sessions gives me assertion that he is likely NOT on any doping programme. If he is, might as well switch it up because this one not working great hahaha

There’s gotta be something else going on with MA, right? A second taper can’t just be bungled this bad without also like, idk, him having food poisoning or something.

Or maybe customs didn’t let him bring all his recovery doodads and he gets winded on stairs now, I do not know.

It may be that he couldn’t handle criticism from the SwimSwam comment section or from Maya DiRado. Hate to say this, but he should be left off the MMR.

Will US swimming federation or USOC do anything about this??

And so brings the MA villain story arc. Dude just gets more unlikable by the second

The mask is by his goggles & cap. I’m assuming he put it on after he finished talking. I’m not saying whether he’s in the wrong or right but it’s not like he’s trying to actively disobey the rules of the establishment.

Exactly and not just Dressel, many, many more. The hacks pick and choose who they want to complain about. I bet when they found out something they don’t like about Dressel they will complain about him too.

Dressel is 100% a conservative politically.

If he ever opens his mouth about it this site will melt down.

I have no inside knowledge about Dressel politically, but yeah, that would not shock me.

I don’t think the site would melt down tho, MA’s a whole different level of nutjob. (I say because of his mom’s facebook, which is legitimately nutso.)