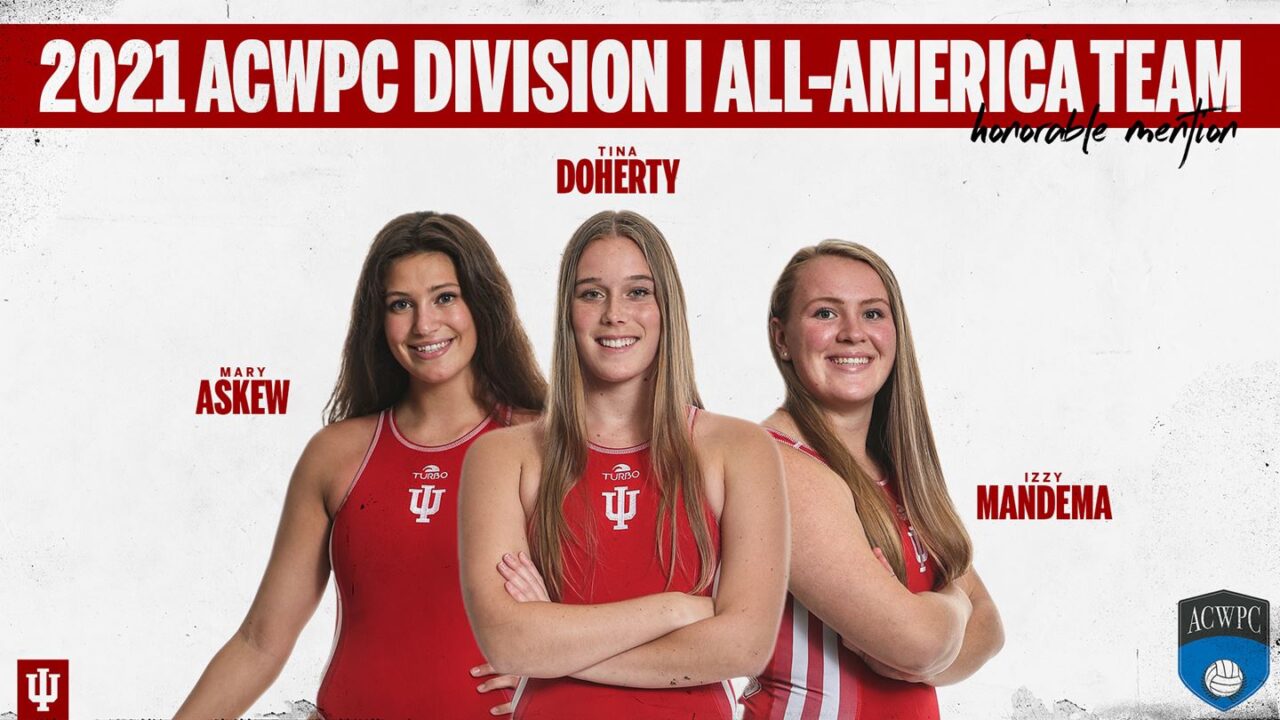 Askew had a great season in goal for IU, appearing in 25 games and seeing 646:32 minutes of action. Th Fremont, Calif. product totaled 208 saves, while posting a goals-against average of 12.32. She also had eight goals, six assists and a team-best 44 steals on the season.

Mandema was also terrific for Indiana this year, appearing in 27 games. She scored a team-best 62 goals to go with four assists, 20 steals and a team-high 10 field blocks. The Atherton, Calif. product was also named to the MPSF All-Academic and Academic All-Big Ten teams.