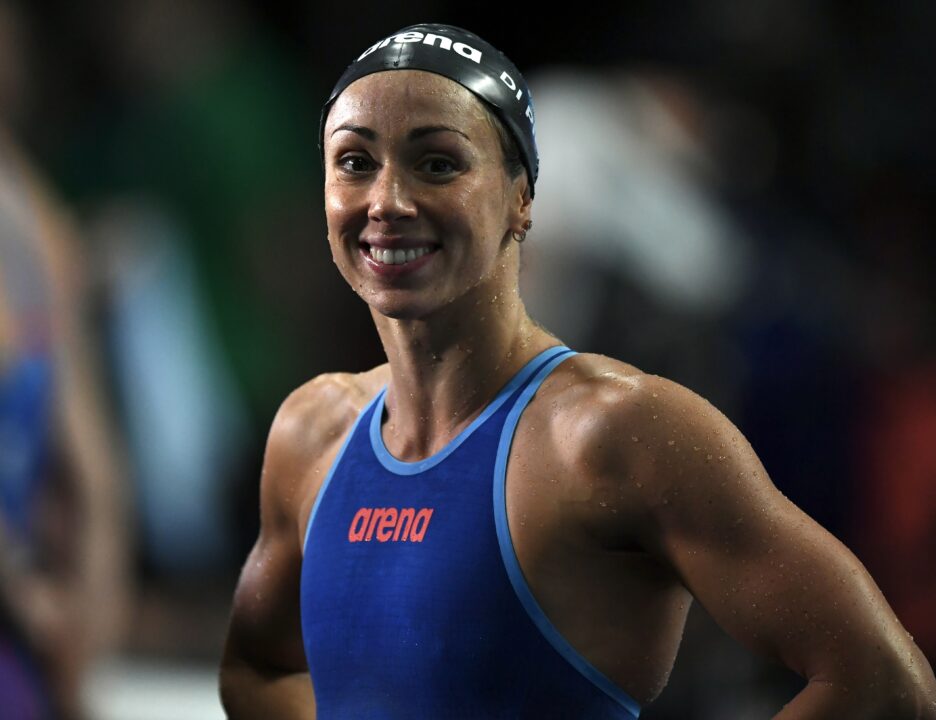 This summer looked scary and chaotic. Now that it's here, we're kind of enjoying the ride. It's time to embrace the chaos. Archive photo via Fabio Cetti

As diving, water polo, and open water competitions continue in Budapest, we are in the thick of the prophisized chaotic summer of 2022 in competitive pool swimming.

While the cancellation of the ISL season and the postponement of the Asian Games took some of the load off that calculation, there is still a lot more swimming to look forward to this year.

There are only 30 days until the Commonwealth Games open in Birmingham, with the swimming beginning a day later (July 29-August 3). There, top swimmers from the UK, Australia, South Africa, and Canada will battle a handful of spoilers from smaller nations in a funny multi-regional competition that means so much to those inside of it, and is so perplexing to those outside of it.

Names like Emma McKeon, Ariarne Titmus, Adam Peaty, and Duncan Scott, are showing up for the Commonwealth Games and not the World Championships. Several more Australians have proclaimed their focus on Birmingham even if they raced in Budapest. We ran the math – is it going to be bigger than Budapest? No. But it’s probably going to be the best Commonwealth Games competition we’ve seen in a long time.

It is also just 44 days until the start of the European Aquatics Championships in Rome, and specifically the swimming competition, that runs August 11-17.

Nobody has really come out and said blatantly that they’re focusing on the European Championships, though surely the Italians, after a breakthrough World Championship meet, will want a strong showing in front of a home crowd.

It is only 63 days until the World Junior Swimming Championships begin in their new home in Lima, Peru. The United States won’t be there, but many other nations will. This event has really grown into a key canary for future swimming greatness, with swimmers like Thomas Ceccon, Andrei Minakov, Carson Foster, Benedetta Pilato, Torri Huske, and Lani Pallister leaping from 2019 junior podiums to 2021 and 2022 senior podiums.

It is only 168 days until the 2022 World Short Course Championships, which have moved to Melbourne, Australia. That meet will be held from December 13-18. Given the home turf for the Australians, the world’s second-best swimming nation, and the fact that it will be summer in Melbourne but winter for most of the world’s top swimming nations, we’re expecting a much better meet than the COVID-marred 2021 edition.

And then the next big one, it is now only 381 days until the next World Aquatics Championships take place in Fukuoka, Japan. Originally scheduled for 2021, then pushed to 2022 by the Olympic move, then pushed to 2023 because of the lingering COVID-19 situation in Japan, the meet will now be the centerpiece of the 2023 calendar rather than a part of a crowded 2022 schedule.

We don’t even yet know all of the storylines that 2023 meet will hold, even just a year away. We know there will be a flood of young talent like David Popovici and Summer McIntosh building off successful 2022 World Championships, but we also know that a whole host of things we haven’t even thought of yet will wind up shaping that meet.

It is only 757 days until we get to see another Olympic Games, the shortest (recognized) intra-Olympic period in modern Summer Games history (with respect to the Intercalated Games, may they rest in peace). What appears to be a golden generation of swimmers globally on a crash-course with the Arena la Defense, including a handful of French swimmers like Leon Marchand and Maxime Grousset and Emma Terebo who could bring the roof down in Nanterre.

Sometime between days 381 and 757, we’ll allegedly get another World Aquatics Championships to boot – the Qatar event that was originally supposed to be in 2023.

All spring long, I sort of dreaded that chaos, not knowing how we were going to organize and arrange it all for a sport that is all about orderly arrangements. But now that we’re in the midst of it, I love it. It’s different, it’s accidentally novel, it creates drama and existential debate and an excess of celebration and all of those things that make sports great.

And that’s not to mention all of the other things that will go on in between, with NCAA swimming, World Cups, Pro Swim Series, national championships, Pan American Games, and junior meets of all scales and sizes.

The cat is officially among the pigeons. Hold on tight and enjoy the ride.

Nov 21st to Dec 19th, the eyes of the world including mine will be on the World cup, love my swimming, but won’t compete for my eyes with the no 1 sporting event in the world.

@Braden Keith, please tell me that Coleman is going to upload the SS Breakdown tonight 🙏🙏.

The fans won‘t accept anything less than 1 hour long breakdown 😜😜. It‘s been a loaded week.

We’re all waiting to see who won the fantasy draft

Braden already commented on another thread that he won

I think my undrafted team has like 70something points, wonder how that compares.

If Commonwealth Games aren’t the same year as the WCs, the Aussies will have to show up with a full team.

He just didn’t feel like swimming the event. What a lame excuse from an Olympic champion and WR holder.

And? As you said, the man is an Olympic champion and WR holder. You should celebrate his accomplishments not whine about him.

No – it’s not that he didn’t feel like swimming the event. Where did you get that?

He was already pre-selected to swim the 100m free at Comm Games so didn’t swim it at Aussie Trials. Ergo when he decided to take the spot on the WCs team having qualified for 100 fly and relays he couldn’t swim the 100. Tough luck. You might have missed the uproar when he did decide to go to WCs.

A couple of considerations here and there

1) Eurojunior in Romania next week where Popovici will try to oblitarate that 46.91 once for all
2) Will the US Champs next month qualify for next year Worlds too? As per USA Swimming calendar it shouldn’t be but last update is Sept 27 2021
3) Actually much more curious to see Jr Pan Pacs rather than Junior Worlds as far as I’m concerned

sounds fair to me

That would be ideal

I mean, I wouldn’t expect them to be the selection meet for next year Worlds as happened in 2010, 2014 and 2018 it doesn’t make sense at all to have such an event one month after Worlds forcing but who knows

The calendar is ridiculous, FINA need to get their act together and be clear from season to season where meets sit, allow for clear domestic and International calendars.

How ’bout U.S. nationals at end of July? I mean, Lydia Jacoby and other stars/emerging stars are likely to be there and probably beat the pants off some of the winning times at Worlds. Still remember Phelps’ answer to Leclos at Nationals and his epic 200 breast.

Ledecky said she will be there swimming off events, which should be fun to see.

I’m personally hoping for a Carson Foster 400 free. I think he could put up a time that would’ve finaled at worlds

it was Cseh and 200 fly, the rest of your 2 fact comparison checks out

Nice to see some somewhat creative writing approach along with the relentless onslaught of hyper-detailed analysis and competitiveness-themed articles.

To be human, alive, enjoying the love of flying in water – which is essentially what swimming is, …. is magical – a gift.

If you happen to be a smidge faster than the next human, …..that’s cool too, ….but ultimately does that matter all that much?

Yes, the ingredient factors of talent, dedication, perseverance, novel training, etc. can be essentially valuable elements to attaining elite levels; and those ingredients, the process of training and learning, are beautiful gifts to have and to share as swimmers, coaches, and non-swimmers alike. … Read more »

You realize that it IS a business and wouldn’t be here for you to comment upon without all the click bait articles?

I don’t think it’s fair to characterize Swim Swam articles as clickbait. I feel that the staff does their best to bring quality content that caters to their audience.

Running a business, and staying rooted in essence, are not mutually exclusive, but perhaps more challenging.

Managing what is, essentially, a worldwide social media enterprise combined with primary reporting and many other features, is no small task, but we are all aware of the potential pitfalls of social media.

If anyone should and could foster the optimal environment, it would be the swimming community, as it is built upon longstanding and intense, deeply positive connections that all competitive swimmers know well.

Those of us that swam competitively prior to internet… Read more »