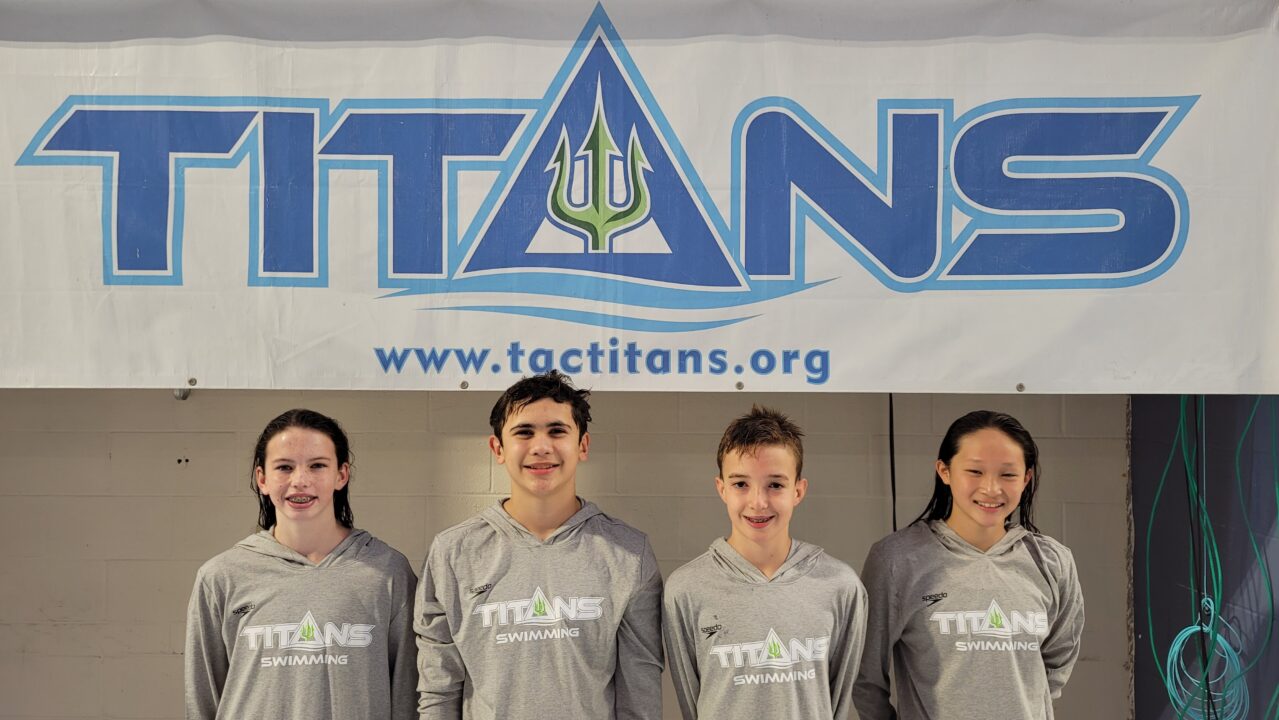 The Titans team, which consisted of Sloane Whelehan, Oliver Marrujo, Jonny Palamar, and Carolin He, combined to stop the clock at 3:55.19. That time shatters the previous NAG Record set by Cascade Swim Club (4:06.81) last month.

Notably, both teams opted for a F/M/M/F lineup.  For the most part, the splits between the two teams were relatively similar. However, Carolin He out-split Chloey Wallace by over 8 seconds, anchoring the Titans with a massive 52.59 freestyle split. He’s best time in the individual 100 is a 54.96 that she achieved at their October Fall Invitational.

The record was broken at TAC’s November 2021 Intrasquad Meet at the Triangle Aquatic Center. The same quartet team up to race in the 200-yard mixed medley relay (1:52.09), which didn’t come close to National Capital Aquatic Club’s NAG Record (1:46.51) from 2019.

Whelehan is primarily coached by Rob Norman, while Alan Pfau is the primary coach for Marrujo, Palamar, and He.

My first reaction was “yeah yeah, these are new records, they will drop often” but those girls threw down so incredible splits for 11/12. This could stand for a while at that age level. Great swimming!

Yeah they cruuuuuuushed that record.

Those girls can throw down – respect!