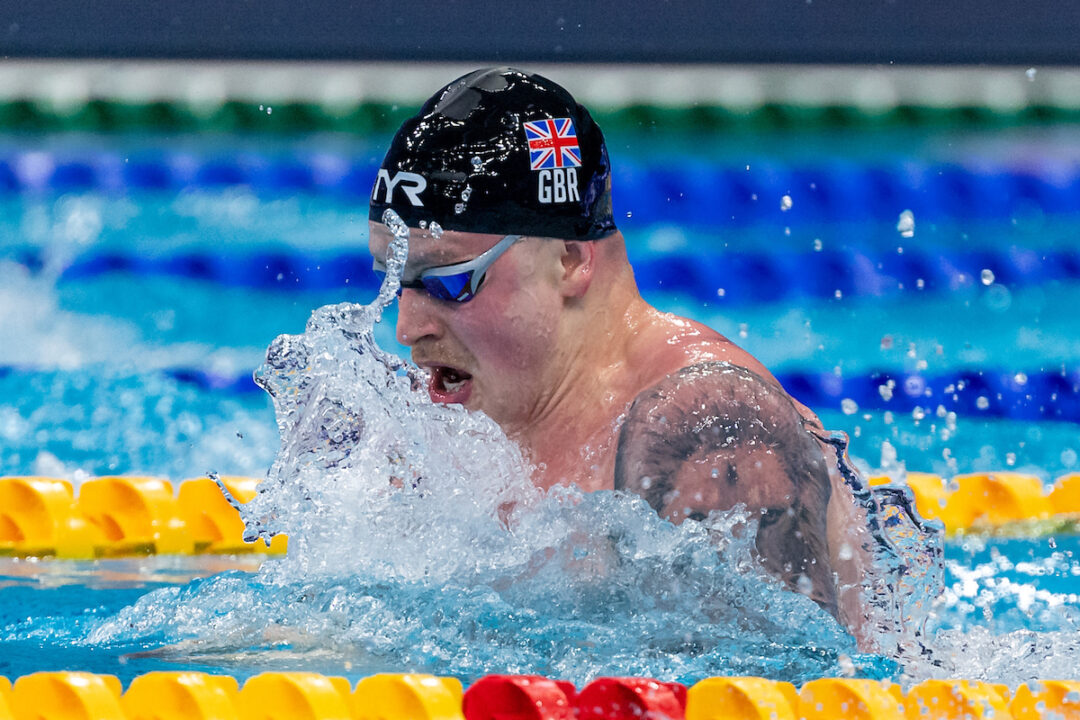 More than 99% of readers have picked both Katie Ledecky (women's 1500 free) and Adam Peaty (men's 100 breast) to win gold in their respective events in Tokyo. Archive photo via Giorgio Perottino / Deepbluemedia / Insidefoto

It’s last call for entries in SwimSwam’s Tokyo 2020 Olympic pick ’em contest, with selections closing at 5 am Eastern Time on July 24, one hour before the first preliminary heats kick off.

If you’ve already entered but want to change some of your picks, you’re able to do so right up until the deadline by going to the “edit your responses” option.

Here are a few statistics from the entries we’ve received thus far:

Click here for a full breakdown of the pick ’em contest rules, scoring system and prizes.

It would be interesting to know what is the score for Milak 200 fly? This seems to be the most predictable win…

I think you meant stup1dly.

Italy is a bit of a sleeper there but picking them for Gold does seem crazy.

It’s because all of the dropdowns for individual events are ordered by seed time, whereas for the relay events they’re ordered by 2019 prelims finishers (or something like that). When you fill out the form, you see that Italy are listed first in the dropdown and so 10% of readers just clicked the first choice as Italy assuming that must mean they have the top seed time lol

After the event closes we’ll try to put that together.

Peaty recently gave an interview where he said he is going for “project immortal”, which is a 56.5. This is meant to be a perfect swim according to Peaty.

Either you didn’t realize what 100 Benjamin’s mean or your out of your mind.

You can thank Kaylee if you win that bet

is it allowed to pick the same athlete at different spots in the same event?