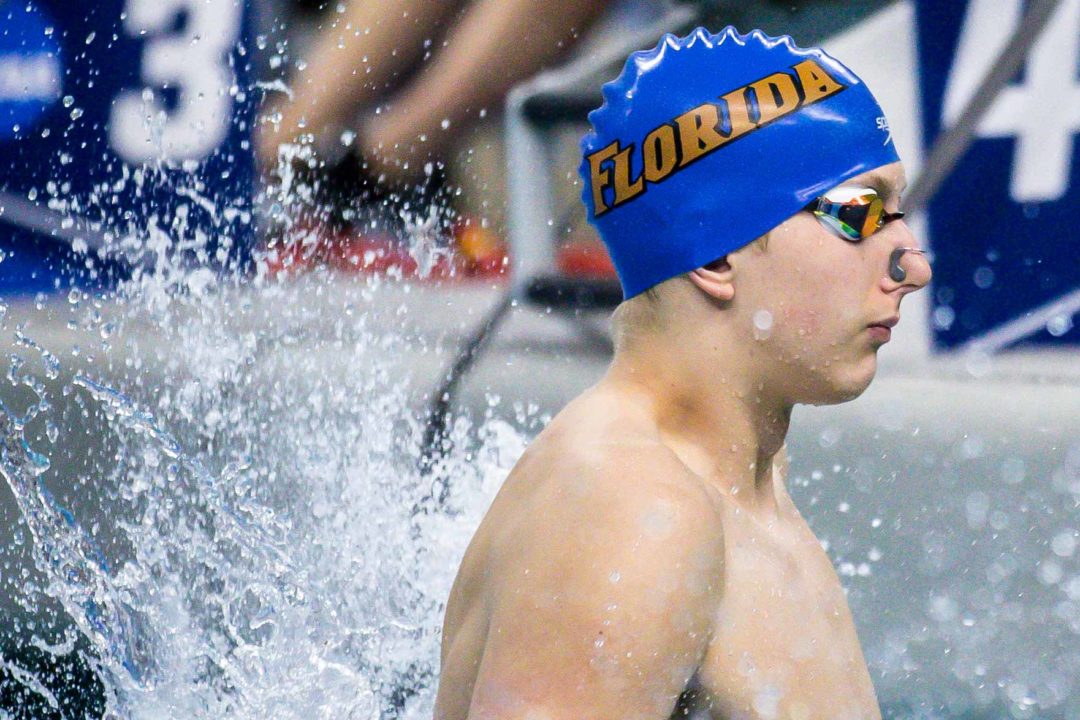 Our most recent poll asked SwimSwam readers to decide between a logjam of teams fighting for the #3 spot in current NCAA power ranks:

Question: After Cal and Texas, which team should be ranked #3 in men’s NCAA Power Ranks?

It’s a pretty solid consensus that California and Texas are the top two teams in the men’s NCAA, and a firm tier ahead of any other program. But the battle for the #3 spot in our Power Ranks is a nail-biter right now.

After much internal discussion, we went with Indiana, giving a good amount of weight to their two major redshirt returners (NCAA title-contending miler Michael Brinegar and title-contending diver Andrew Capobianco), plus their strong dive group and the fact that their top international recruit Tomer Frankel is already in the U.S. and swimming fast in yards.

But an earlier draft of our Power Ranks actually had Florida sitting at #4 – and 35% of SwimSwam readers agreed with that early assessment. Florida definitely has the advantage of buzz – after setting American records last year at SECs, Kieran Smith and Bobby Finke are pretty much household names. Florida’s relay group is also outstanding, with freshman Adam Chaney joining a deep team.

Georgia (#5 in our ranks behind IU and Florida) came close in this poll, gaining 30% of the votes. Georgia also has some major star power: Luca Urlando is a top-flight recruit and an Olympic contender. And freshman distance man Jake Magahey has already been great. UGA has broken three school relay records already. But our difficulty was in projecting how those relays stack up in an NCAA scoring field – a much more difficult task than stacking up next to Georgia’s historically less-than-impressive sprint relay times.

Texas A&M finished behind Indiana in our poll. They’ve got standout Shaine Casas and at least two likely diving scorers. But the Aggies might also be a year away from really pushing for a top 3 finish, with a big and developmental freshman class, but no immediate scorers projected yet.

Below, vote in our new A3 Performance Poll, which asks voters whether the non-free 50s should be added to the Olympic swimming lineup:

The same people that voted for Florida and Georgia to be 3rd, must have Indiana University, led by The GOAT, Ray Looze, winning it all. “Don’t sleep on The GOAT!”

This stupidity is getting old fast.

This poll had an anti-Indiana bias!

Indiana will win once the mail in ballots are counted