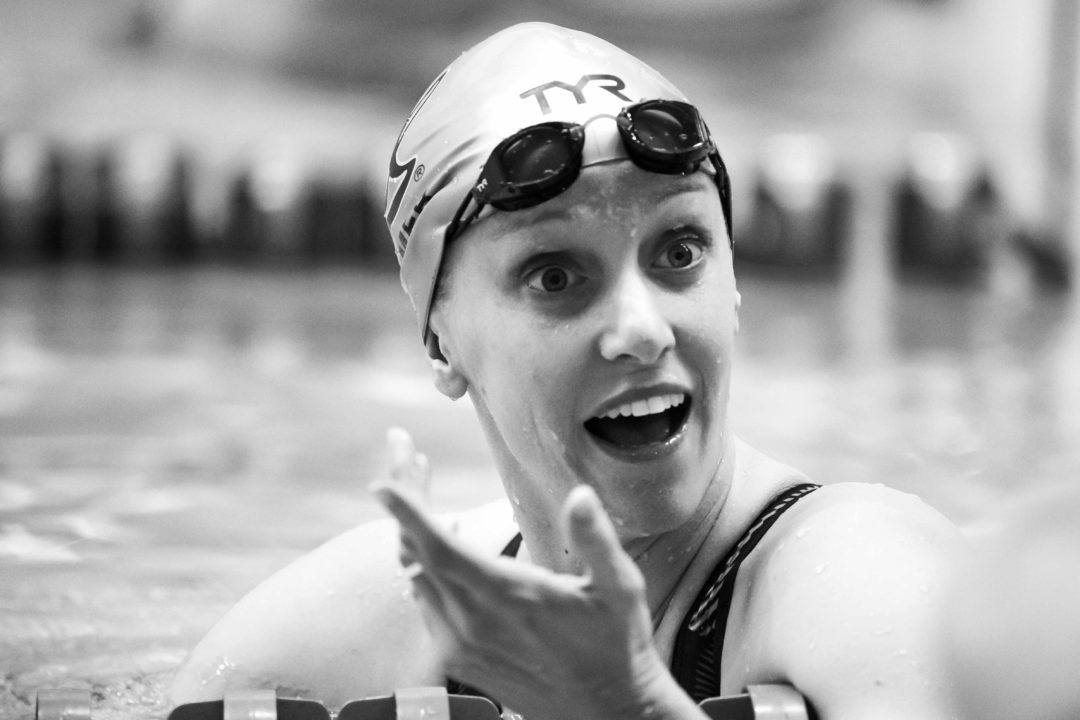 TFW when you drop a U.S. open record a year after missing the summer’s major international teams.

Hey! @NBCSports – I hope you continue what @olympicchannel is doing with its swimming coverage lately and show the ENTIRE 1500m Frees during Tokyo. I mean, come on, are you seriously going to go to commercial while @katieledecky is swimming? Bet you @RowdyGaines agrees.

Progress, even if the split screen was still less than ideal.

Shaine Casas at it again as the former McHi and current A&M swimmer takes silver in the 200 individual medley with a personal record of 1:58.83, finishing just behind U.S. Olympian Ryan Lochte. pic.twitter.com/gA7XonQcej

Lochte has straight up been making podiums since these guys were born. What a juxtaposition.

Update: the eagle has landed. And when I say eagle, I actually mean snorkel pic.twitter.com/ayi0oqLiHx

100% the most important thing in all those boxes.

How it feels when another swimmer passes you while wearing fins https://t.co/i2DpyEQ1c8

Watch World Record holder Regan Smith's first SwimSwam interview…when she was 10. Dug deep into the vaults for this one… #swimming #Gwangju2019 https://t.co/PbQR8BGjwA

Me n the boys talking about how good in n out sounds after being in Asia for a month pic.twitter.com/44hdGv0CJN

3 years ago you were sitting in the stands watching me make the Olympic Team, only dreaming of one day racing at Trials. Can’t wait to watch you swim at the craziest meet in the world! Proud of you bud. #hemadeit #Omaha2020 #KingSiblings2020 pic.twitter.com/98D5AohN4E

As rewarding as it is for me to win races, I get more satisfaction out of seeing the smiles on kids’ faces when I give them my medals. @tyrsport #humble #USNationals #imback #kids #family #teamtyr

Ryan Lochte being back means this kind of stuff is back and we’re big fans.

Making the most of my last official practice with my @calwswim teammates! I first walked on to this pool deck back in 2006 and I wouldn’t trade my collegiate experience for anything! 🐻💙💙

What a career! Thanks for all you’ve done, Dana.