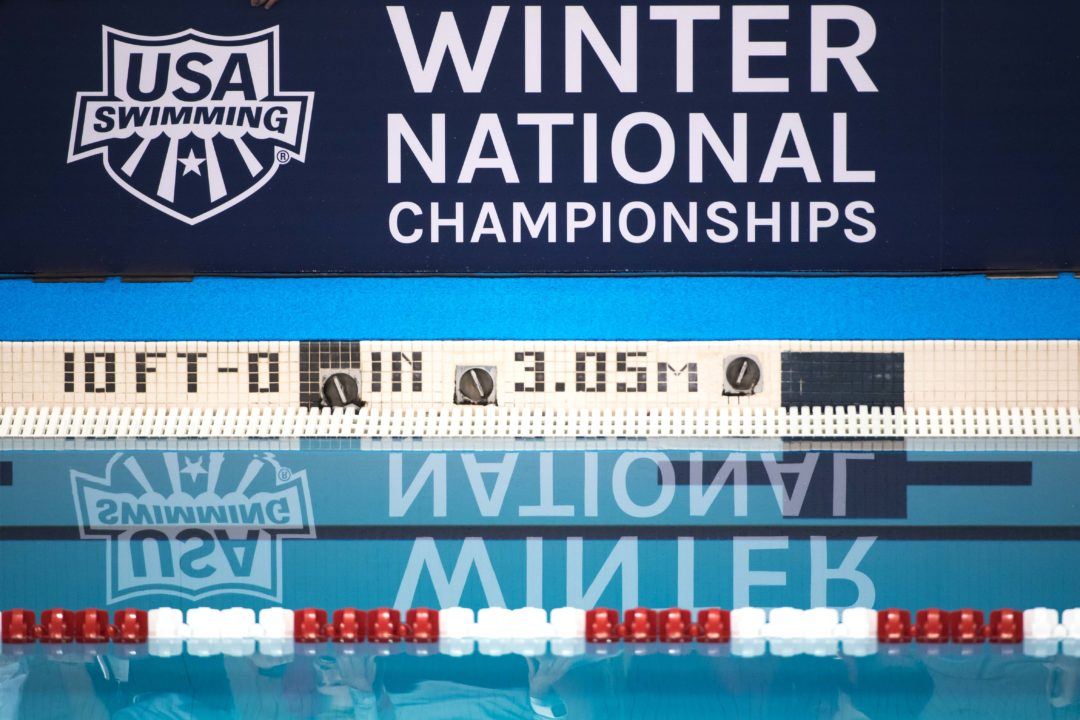 We're back with SwimSwam's TopTenTweets of the week. Archive photo via Mike Lewis/Ola Vista Photography

We’re back with swimming’s top 10 tweets, where we round of the best of the swimming Twitterverse. We were treated to a ton of fast swimming this week, which means Twitter was a treat as well. From Rowdy Gaines‘ legendary reactions to Ashley Neidigh‘s real reason for success, scroll to see what made the cut!

Freudian slip on our part…with a strong response from Louisville (there are five members of the Albiero family in the sport).

We just needed an excuse to watch this again. A full decade older than Michael Andrew, Nathan Adrian has still got it.

Nothing like a little extra competition between the most competitive athletes in the world (though we hope no swimmers go through the ups-and-downs that the Raiders have).

THIS ⬇️ is the power of buying in‼️ @CATTERMOLEE & @Barrett_Grahamm have come a long way in a short time, but there is more work to be done. #EDS throwing down at @USASwimming Winter Nats‼️ #TPT #WLL pic.twitter.com/IRXdX4rasW

It’s safe to say that Louisville’s program is working for Sophie Cattermole and Graham Barrett.

Dude in the middle just went 4 minutes and 7 seconds in a 500 freestyle. Wow, Zane, wow! pic.twitter.com/I8h5jxkIcT

This tweet progression is making us nostalgic for Rowdy’s Olympic commentary. We’d also give anything for a live look-in on him between 2:50 and 3:02 pm.

Practiced butterfly for a whole week just for that relay https://t.co/95FR6ciKds

Good to know that Jacob Pebley will make tough sacrifices to get the job done.

Zane Grothe speaks for himself (he tweeted this, we promise).

We hope you have friends you care about losing as much as Ashley Neidigh does.

With 3 wins, we’d call this a success.

Please please someone post a video of the mile from Zayn