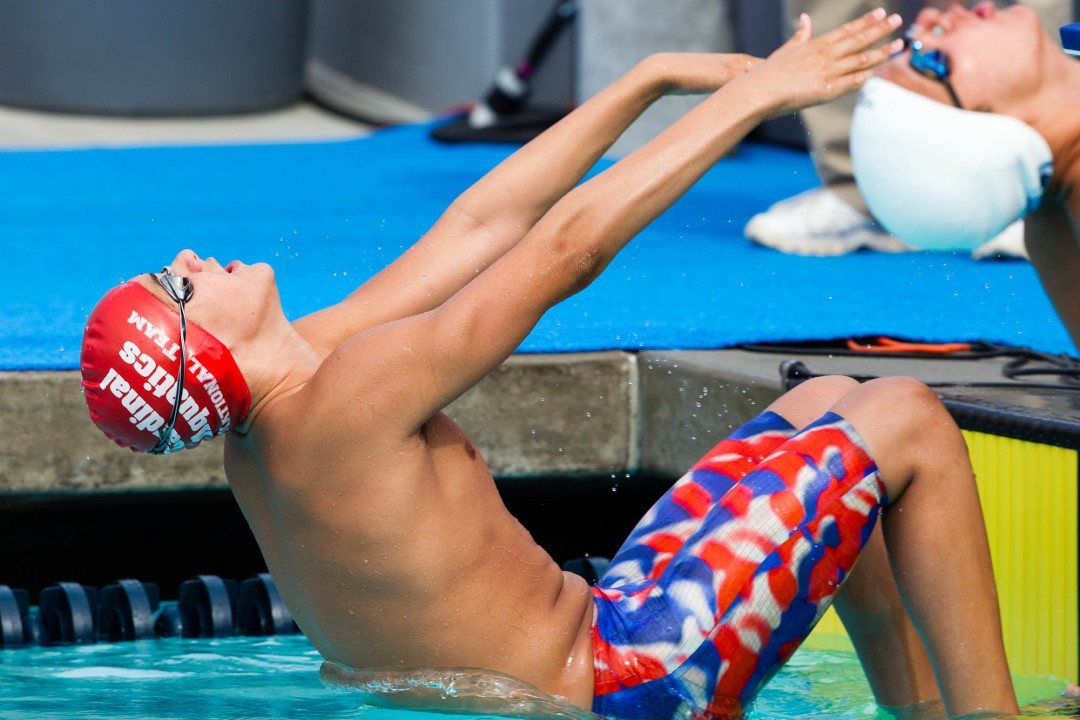 High school junior Nick Albiero has committed to swim for his dad Arthur at the University of Louisville. Archive photo via Tim Binning/TheSwimPictures.com

The first public verbal commitment for the high school class of 2017 will go down as the least-surprising decision of the bunch.

Christian Academy’s Nick Albiero has verbally committed to the University of Louisville, where he will train under the watch of his father Arthur Albiero, the program’s head coach.

I'm excited to announce my commitment to swim and further my education at the University of Louisville! Go Cards! pic.twitter.com/vxeaqumj3j

Nick Albiero is the defending Kentucky High School State Champion in the 100 yard fly, which he swam in 47.63 in February.

That’s the conclusion of an explosion of improvement from him during his sophomore and junior seasons that saw him not only make big gains in that 100 fly, but develop as one of the more versatile swimmers in the class.

Nick Albiero will fill many important roles for the Cardinals. For example, their 5 best 100 backstrokers, including All-American Grigory Tarasevich, from last year were all juniors, and will all graduate just as Albiero arrives on campus. Their 3 best 100 butterfliers from last season will also be graduated before Albiero arrives (though they had a sub-47 freshman Zach Harting last year to help pad those losses).

Nick Albiero will follow in the footsteps of his older brother Estefan, though Estefan will complete his final season next year before Nick joins him.

A third sibling, Gabi, is currently an 8th-grader, but already has a Kentucky High School State title under her belt from this season.

Nicolas’ mother Amy is the head coach of Louisville-based Cardinal Aquatics, and was a 5-time NCAA Division II Champion at Oakland University.

I couldn’t see you swimming anywhere else! Perfect fit! Proud of you and very happy for you! ( ;