Swimming, Diving, and Other Aquatics Venues for Paris 2024 Olympics 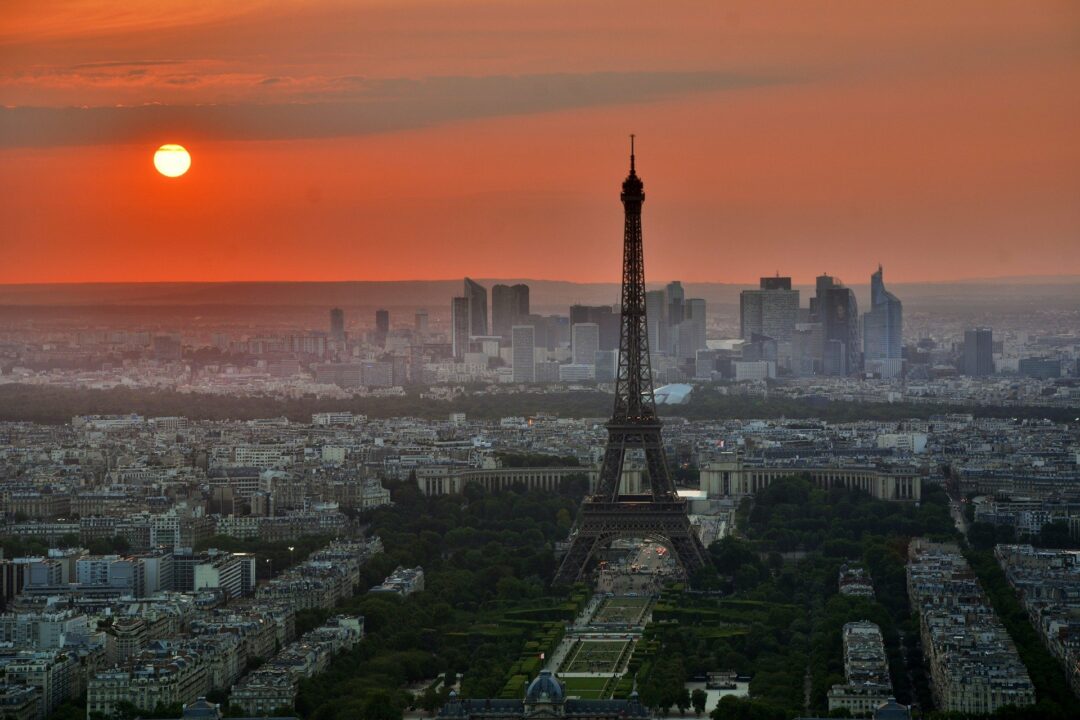 Paris will utilize 3 venues to host the aquatics competition at the 2024 Summer Olympic Games: one permanent, one a temporary pool in a permanent arena, and one a river.

With the Tokyo Olympics in the books, we’re now just 3 years away from the Paris 2024 Olympic Games.

That includes a projected identical lineup in aquatic sports as we saw in Tokyo: 35 pool events, a men’s and women’s open water race, 8 diving events, a duet and team women’s artistic swimming event, and the men’s and women’s water polo tournaments.

While the exact dates for the aquatics competitions haven’t been set, the known dates are a July 26 opening ceremony and August 11 closing ceremony – and we presume that the schedule will follow the same general pattern as Tokyo, though the details might shift.

There will be 3 venues utilized in aquatic sports. The two main indoor venues will be La Défense Arena (Arena 92) and the simply-named “Olympic Aquatics Centre.” Both will be located in the main “Grand Paris zone,” alongside venues for field hockey, rhythmic gymnastics, field hockey, shooting, sport climbing, field hockey, and the main Stade de Fraance, which will host the opening and closing ceremonies, rugby, atheltics, and soccer competitions.

Open water swimming, known in Olympic parlance as marathon swimming, will be hosted at the Pont d’Iéna in the Seine River in the Paris Centre Zone.

Originally, swimming was to be held in a fully-temporary venue, as was volleyball, but ultimately that plan was scrapped in favor of a more efficient build.

Below, see a breakdown of each venue.

The arena was opened in 2017 to host the rugby union club Racing 92. It is known as La Défense Arena during the rugby season, but because of IOC sponsorship rules, it will be known as “Arena 92” for the Olympic Games.

The arena has some really innovative features, including the world’s largest interactive screen with 1,400 square meters of display area – similar to 7 tennis courts. It was originally designed to have a retractable roof, though the roof is now fixed, but movable stands allow for a number of different configurations for the venue.

The venue is located near the La Défense business district, and the management company of that district is the sponsor that gives the venue its usual name.

Unlike Tokyo, London, Beijing, Athens, Sydney, Atlanta, and most Olympic Games in history, diving and swimming will be separated. Arena 92 will be exclusively for pool swimming in the first week of competition and then will host the playoff matches, with bigger audiences expected, the second week of competition.

One of the few new venues being built for Paris as the IOC pushes forward with its sustainability model, the aquatics center will be located in Paris’ Seine Saint Denis neighborhood.

The venue will connect to the neighboring Stade de France via a footbridge over the A1 motorway.

After the Olympics, the venue, besides still being a large 2,500 seat aquatics center, will serve as a community activities center, with a fitness area, climbing wall, skatepark, and fields and courts for both individual and team sports. The whole pool will have an adjustable floor that will allow it to be used for swim lessons and other community activities.

The roof of this venue will be covered with solar panels, making it one of France’s largest urban solar farms. The rooftop panels are designed to supply all of the Centre’s energy needs – part of an overall ‘green’ building scheme for the venue.

The Pont d’Iéna bridge on Paris’ famed Seine River will form one of the iconic backdrops of the 2024 Olympics. The bridge was built between 1808 and 1814 and features five arches spanning 28 meters of the river. The bridge connects Quai Brandly, the Champs de Mars, and the Eiffel Tower to the Trocadero gardens.

The grandstand that will be built on the bridge will give spectators a unique viewing platform of the events that will take place below, both on the road events and the open water swimming events.

The venue will be completely disassembled after the Games.

While not many details have been unveiled yet about the open water course, this will be a historic course in many ways – the Seine was host to the swimming competition at the 1900 Olympic Games, the second recognized modern Olympic Games. Those races took place between the Courbevoie Bridge and the Asnières Bridge. That venue is on the opposite side of a switchback of the Seine – about 5 kilometers away as the crow flies and about 15 kilometers away as the fish swims.

This will be a long ride to and from the village.

I foresee coordinated police escorts of a bunch of buses twice a day for 8 days in the swimmers’ futures.

Anyone from France know of they can just take a subway or something?

They’ll have a designated Olympic travel lane so the buses can cruise on through. This is pretty standard practice for Olympic host cities nowadays.

Given Paris traffic could be interesting, maybe an extra gold medal for the non-French Olympian who best adopts to slaloming their way round the Peripherique. Points for speed, artistic merit and use of French expletives to question the parentage of every other driver on the road.

Yes, then America gets the chance 4 years later for LA traffic.

I’m thinking 3 hours to and from the village unless Musk builds a stupid tunnel for the Olympians and they decide to use a train instead of cars.

Brisbane traffic is bad too!…

Have you been to Paris? Ive been to Brisbane and Paris, Paris traffic does not compare to Brisbane.

Los Angeles traffic was nothing in 1984. I was there. It was a big fear then turned out the other way. It was like everybody overcompensated

Is there a reason why there are apparently three field hockey venues? 🤔

The open water venue being a river will be very interesting. I’m not sure how fast the current is, but it will likely be a factor. I remember after the 2012 Olympics some open water purists were disappointed by the pool-like conditions, which this likely won’t have.

I was in Paris after the heavy rains that affected part of Europe this July and the current appeared to be rather brisk at Pont d’Iena. Wondering as well what the venue will look like.