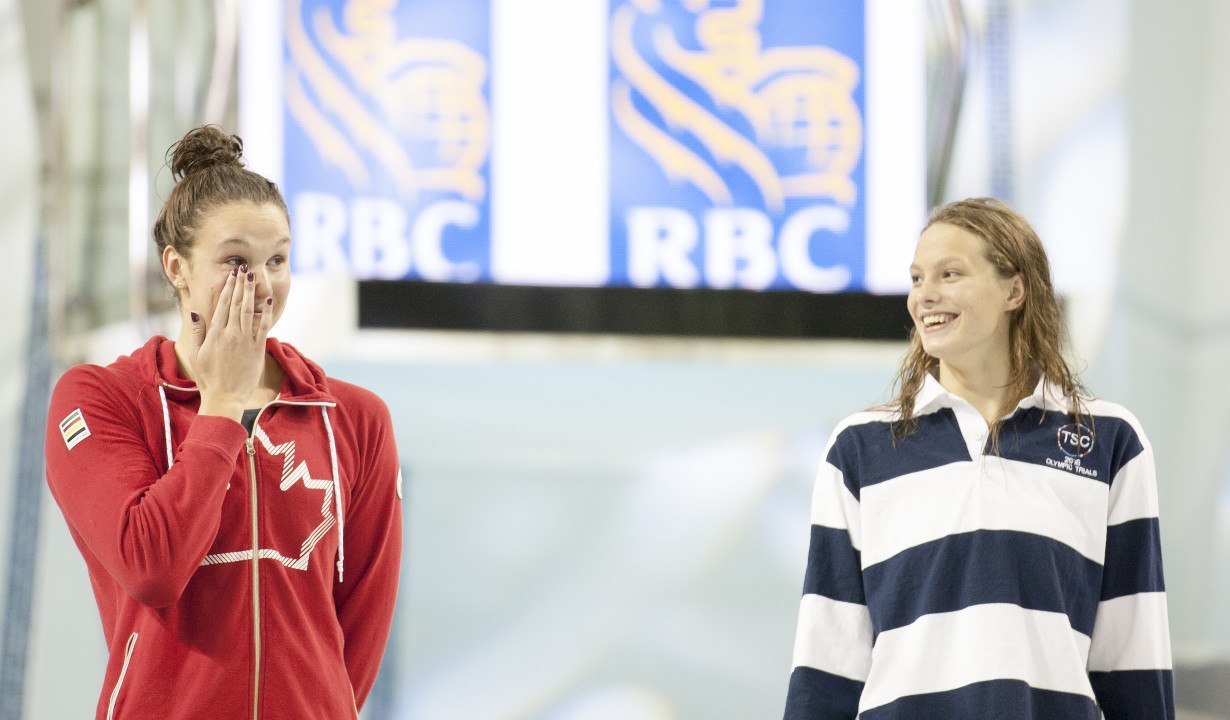 Coming on the heels of their monstrous performance at the Rio 2016 Olympic Games, Swimming Canada has released their "On Track Times" to identify up-and-coming talent for 2020. Current photo via Chris Tanouye

Swimming Canada has released its “World Class On Track Times” for the 2020 Olympic Cycle, as part of a program initiated in 2013 focused on identifying young talent with the potential to represent Canada on the world stage.

See the full list of Swimming Canada’s World Class On Track Times for 2017-2020.

The times aim to help Swimming Canada recognize developing talent to help coach the swimmers to their top potential. This cycle’s On Track Times use the 16th-place time from the Rio 2016 Olympics as a target time for 2020.

The standards are divided into three “tracks.” While Track 1 is set to identify early developers, Tracks 2 and 3 should identify later developers in an event.

“Every sport should have a method of identifying talent within the sport pathway,” said Swimming Canada‘s high performance director John Atkinson. “These On Track Times will increase the probability of identifying the right athletes to invest in for future Olympic success. We have worked with our partners on fine-tuning this system and feel confident it will enhance the ability of Swimming Canada and and the provincial swimming sections to identify young athletes who may become the next generation of international swimmers.”