The 24th and 25th American women in history to have successfully crossed the Strait of Gibraltar have been nominated for the 2013 WOWSA Performance of the Year Award. Susan Moody and Emily Kunze, who both swam in college -Moody at Princeton University, Kunze at Kenyon College- along with Susan’s husband, Mauricio Prieto, made the crossing in 4 hours and 51 minutes on July 11, 2013 as a team to raise money for charity.

Ms. Moody shared with SwimSwam, “We had two goals: to swim from Europe to Africa (making us the 24th and 25th American women in history) and to raise $100,000 for Worldreader and we thankfully achieved both. Our goal with Swim4Good in the future is to open up a platform for swimmers who want to raise money for charity. It would look something like this: we help them cover the costs of doing these once in a lifetime swims, and they raise money for charity. We hope to win the award to give Swim4Good exposure so we can bring more swimmers closer to good causes.” 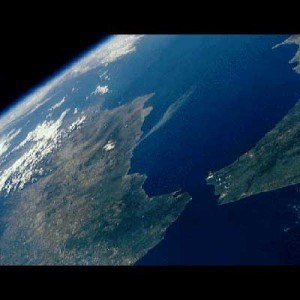 The Strait of Gibraltar is the channel that marks the entrance to the Mediterranean Sea from the Atlantic Ocean. It connects Europe to Africa, lying between the southernmost part of Spain and Morocco. Strong currents, high winds, and varying water temperatures –among other factors– combine to make this one of the toughest swimming challenges around. According to Swim4Good, “The Gibraltar swim is one of the Ocean’s Seven, the open water swimming’s version of the Seven Summits. Due to the influence of strong currents which prevail in the Strait, swimmers cannot take the most direct route and have to depart from close to the Spanish fishing town of Tarifa and swim between 18.5 and 22km across the currents to a rocky outcrop of Morocco.” More people have climbed Mount Everest than have successfully swim across the Strait. Indeed, only 600 swimmers have made the crossing since 1928, and only 91 of them have been women.

The World Open Water Swimming Association (WOWSA) is an organization that promotes and supports the sport of open water swimming around the world. One of the ways it recognizes swimmers and other participants in the sport is through its annual WOWSA Awards. WOWSA members vote in four categories:

Although only members may vote, anyone can sign up to be a member. If you would like to vote for Moody, Kunze and Prieto –or any of the other worthy nominees– follow the steps below:

For more information about Swim4Good: