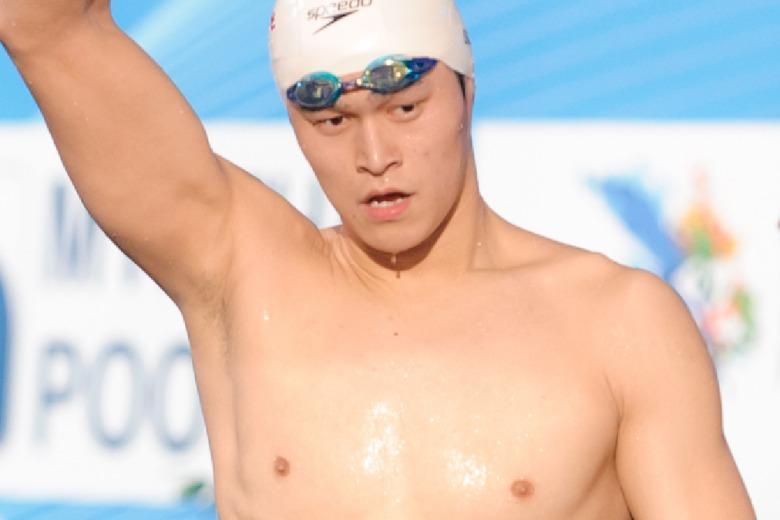 Chinese World Record-holder Sun Yang is reportedly still training in Australia, according to NBN News, though Swimming Australia and Sun’s former coach Denis Cotterell have publicly cut ties with him.

The latest media whirlwind involving Sun revolves around a doping ban that he served over the summer. The Olympic gold medalist tested positive for a banned substance and served a three-month suspension over the summer, though his suspension wasn’t officially announced until last month.

When Australia, Sun’s training home-base, heard about the suspension, they officially tightened rules regarding foreign athletes training at their excellence training centers, according to SwimVortex.com. That move cut Sun out, and Swimming Australia made their intentions even more clear by publicly announcing that Sun was no longer welcome at their official training centers, and ordering his former coach, Denis Cotterell, to sever ties with Sun.

That doesn’t mean Sun is banned from training at different locations within the country, though, and it appears the distance specialist has found a way to continue his swimming career in the Land Down Under, at least for the time being. Australian news source NBN News reports that Sun is still training on the Gold Coast, using the public lane at Palm Beach Currumbin, and is training with former Miami assistant Brian King.

Brian King was Denis Cotterell’s assistant and is still very close. It doesn’t take a genius to work out that he is training Sun Yang by proxy. Brian King has also dumped his swim squad to do this and left some very unhappy swimmers and their parents.

Dear Swimmer,
Having been an athlete at the elite level, a person has the right to choose a job that is offered to them. It is often not an easy decision but may involve many aspects. Think people should consider another persons circumstances before making a comment. Coaches move all the time and there are always people who will be unhappy. I am also a parent of an athlete and expect this to happen from time to time.

His choice! Get over it.

I am backing up Swimmer, when they write that he has given up on his squad group. He had given them no reason on why he left. If he had been so honest with all the parents, they wouldn’t be so disgruntled about his departure. To top it off, Brian has left a group of swimmers in the lurch who are training for a competition in a few months and now they don’t have a proper coach to get them there. That’s poor leadership…….

Parent – so if not this competition it woild have been another. No pleasing everyone. I wish Brian all the best coaching one of the best professional athletes in the world. What an honour to be asked to work with a champion! Not many people get that opportunity. Something that if it came your way, you would jump at too…

Reported in the Daily Telegraph by Jessica Halloran (article link below), Brian King:

* Never was an assistant coach to the Australian Junior Olympic Swimming Team in 1998 because the team never existed.

* Didn’t win the Queen of England Award for Swimming, presented by former PM John Howard because the award doesn’t exist.

* Never was a coach of a NSWIS Sport Paralympic team.

* Never was a swim coach at NSWIS.

* Does not have a Bachelor of Sports Science degree, or a Masters in Biomechanics as he claims from the University of Adelaide.

Swimming Australia will contnue to do nothing about Brian King. They know the reasons why he was sacked from Miami. I can’t believe he got a job elsewhere? No way! How can he get away with it? Reference checking much? I hear he is now training out of Bond University.

Dear Smellsfishytome,
What has Brian King actually done? Swimming Australia have not released any accusations and so I would be surprised you can make such defamatory remarks in a public forum! The Chinese are not stupid and will employ the best coaches they can. Never mind the fact, Brian had continued to work in another pool after Miami. You may want to check facts before posting crap in public. Rumour mills hurt everyone especially when defamation legal action occurs….

Now, now, NoneOfYourBusiness you are passionate in your responses! You can only defame someone if you say something false about them. Remove those blinkers and quick trot to the source and find out for yourself.

Yes, NoneOfYourBusiness,it’s funny how you consider honesty a virtue, yet you don’t want to know the truth. It is public knowledge Brian was sacked from Miami and now it is public knowledge he left Kingston, emotionally abusing those poor children telling them lies of cancer and depression. Pure evil, and an evil person is like a dirty window, they never let the light shine through.

Pure evil??? I sincerely hope this is the most “evil” thing you experience in your life.

And this isn’t evil? http://www.dailytelegraph.com.au/news/nsw/swimming-coach-brian-king-accused-of-making-boy-act-and-bark-like-a-dog/story-fni0cx12-1227203662617

Roy the truth is revealed: You do know Mr King as you state in another article: “I know Brian King. I also know the people perpetuating the innuendo. Please don’t judge until the law has.” Are you serious? Innuendo? Good luck with that.

I never said I didn’t know him. I have been coached by him. I wasn’t made to bark