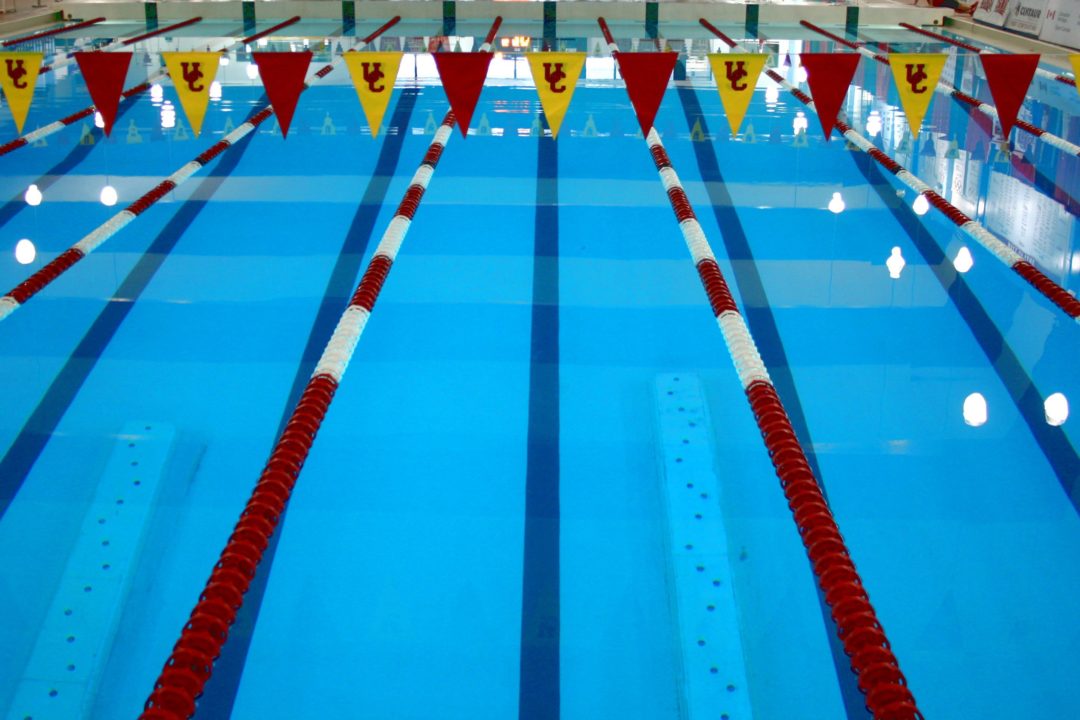 The men's title is going to be CLOSE

While the women’s side of the 2013 CIS Swimming Championships is all but decided for the UBC Thunderbirds, the men’s side is a dead heat.  Toronto leads UBC by 8 points.  After this morning’s swims, here are the stats:

Note:  the average A-finalist scores double the average B-finalist.  Additionally, Toronto has 1x 17th and UBC has 2x, so if there are scratches in any events, the numbers could easily change.

The order was swapped this morning as the men’s events will run before the women’s events tonight to account for the women’s 800 free fastest heat timed final being run at the beginning of the session tonight.  Jason Block (Calgary) dominated the men’s breaststroke once again, posting a 27.43 and narrowly missing the meet record at 27.36.  Next up was Konrad Bald (McMaster) on 28.11 followed by Toronto’s Brian Lee at 28.42.

On the women’s side, Fiona Doyle (Calgary) will take lane 4 yet again for a breaststroke final.  She was tops in a tight field at 31.37 ahead of Tera van Beilen (UBC) at 31.50. Van Beilen narrowly beat out Tianna Rissling (Calgary) who was 0.04 back at 31.54.  Four Thunderbirds (Van Beilen, Terejko, Thompson, Pierse) and three Dinos (Doyle, Rissling) will swim in the A-final, demonstrating the two-way race the women have seen.

Calgary rookie Russell Wood had another strong swim putting up a 1:58.29 in the 200 Backstroke prelim. Two other swimmers dipped under 1:59: Toronto’s Matt Myers (1:58.52) and Dalhousie’s Kit Moran (1:58.95).  This is a young final that includes two rookies other than Wood in Bradley Crocker (Calgary) and Lucas Otruba (UBC).  Joe Byram (Alberta) who won last year’s rookie of the year award qualified in fourth.

Veteran Dominique Massie-Martel (Laval) definitely knows how to swim a prelim.  He was the only swimmer under 49 seconds (48.95) in a stacked heat that includes up-and-comer Luke Peddie (UBC) and his teammate Kelly Aspinall.  David Woodman (Calgary) was second in the heats with a 49.42 and Guelph Gryphon’s Evan Van Moerkerke was third at 49.65.  A swim-off will be required to determine whether it will be Connor Maxey (Calgary) or Adam Best (Ottawa) swimming in lane 8 of the A-final, as they tied at 50.09.  Update: Adam Best won in 49.66.

Brittany Harley (UBC) equaled her personal best of 55.56 set at this meet one year ago for first in the prelims on the women’s side.  Teammate Heather Maclean (55.87) followed while red-hot Caroline Lapierre-Lemire (UQTR) was third in 55.93.