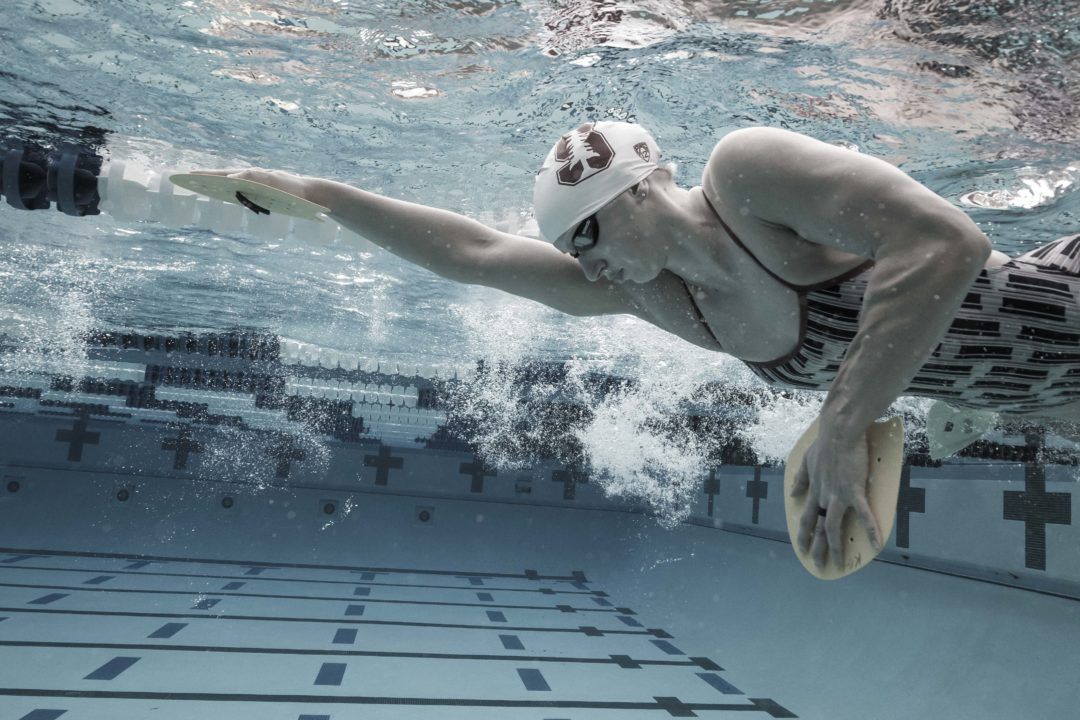 The final CSCAA polls were released Wednesday, and on the women’s side the Stanford Cardinal retained their top spot with a total of 300 points. The rankings are voted on by CSCAA-member coaches and aims to measure the top teams in head-to-head competition.

Leading the pre-season polls and holding the top spot through November, the Cardinal lost their top spot to Texas A&M in the polls released on December 6th and January 17th before returning to the leading position on January 31st. The Cardinal have gone a perfect 8-0 in dual meets this season, including wins over Arizona, ASU, UCLA, USC and California in January.

Cal, who sat as low as 7th in the polls at one point this year, ends in the #2 slot with a final dual meet record of 9-1. Like Stanford they defeated Arizona, ASU, UCLA and USC in January, only falling short to the Cardinal by a score of 186-110.

The Aggies ultimately finish 3rd, ending the year with a 7-1 record including wins over Missouri, SMU and LSU in January. Their only loss came to Texas (151.5-148.5) in early November. The Longhorns finished 4th in the polls, with Michigan 5th and Georgia 6th.

Check out the final rankings below: