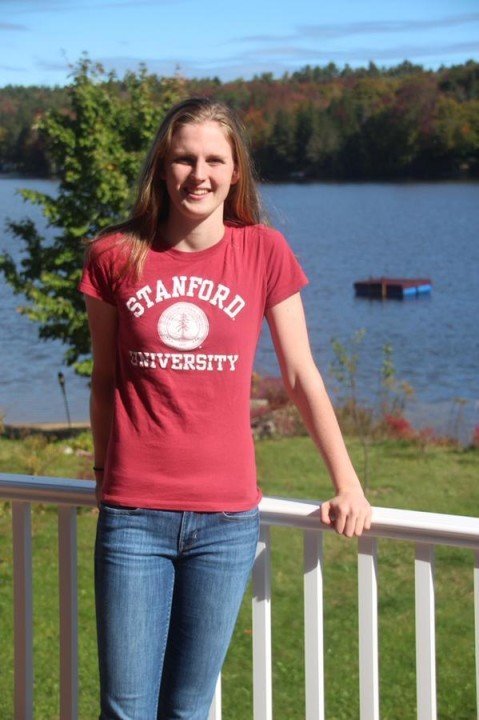 Erin Voss has announced her intention to swim for Stanford University in the fall of 2016. Current photo via Erin Voss on Twitter

Mid-distance freestyler Nick Grulke from Mission Viejo Nadadores has announced his intention to swim at Penn beginning in the 2022-23 school year.

Massachusetts backstroker Erin Voss has announced via her Twitter account that she will head to The Farm next fall to take her place in the Stanford University Class of 2020. The Northampton High School senior is #11 on SwimSwam’s list of Top 20 girls in the high school class of 2016.

Voss swims for Greater Holyoke YMCA Vikings under Coach Nicholas Rice. She is a 2016 Olympic Trials qualifier in the 100/200m backstrokes and 400m IM and is a member of USA Swimming’s National Junior Team. A year ago, Voss lowered the YMCA National Record in the 200m back by an astounding 5 seconds, to 2:10.58, and inscribed her name at #8 on the all-time list for 15-16 girls. This summer she went 1:01.63 at Arena Pro Swim Series in Santa Clara for the 18th-fastest all-time performance in the 100 back.

Voss will be a welcomed addition to The Cardinal squad in 2016. Her 200 back time would have been Stanford’s top performance by nearly 2 seconds in the 2014-15 season, and only 1.4 off the program record. Her 100 back would have the third-fastest, after those of then-freshmen Ally Howe and Janet Hu. Although primarly known as a backstroker, Voss would have been Stanford’s third-fastest 1000 freestyler and 400 IMer and fourth-fastest 500 freestyler last season. This kind of versatility will give The Cardinal plenty of options when she matriculates.

Voss is one of the 14 athletes named by USA Swimming to Team USA for the upcoming FINA World Cup Series.

Good pick up for Stanford. I’m sure she’ll excel in whatever events they choose to use her in. Congrats Erin!

Congratulations to Erin and the entire HYV program.

Erin, Wishing you the best. You have worked very hard over the past 7-8 years. Congratulations to you and your family! This is yet another step in your journey.