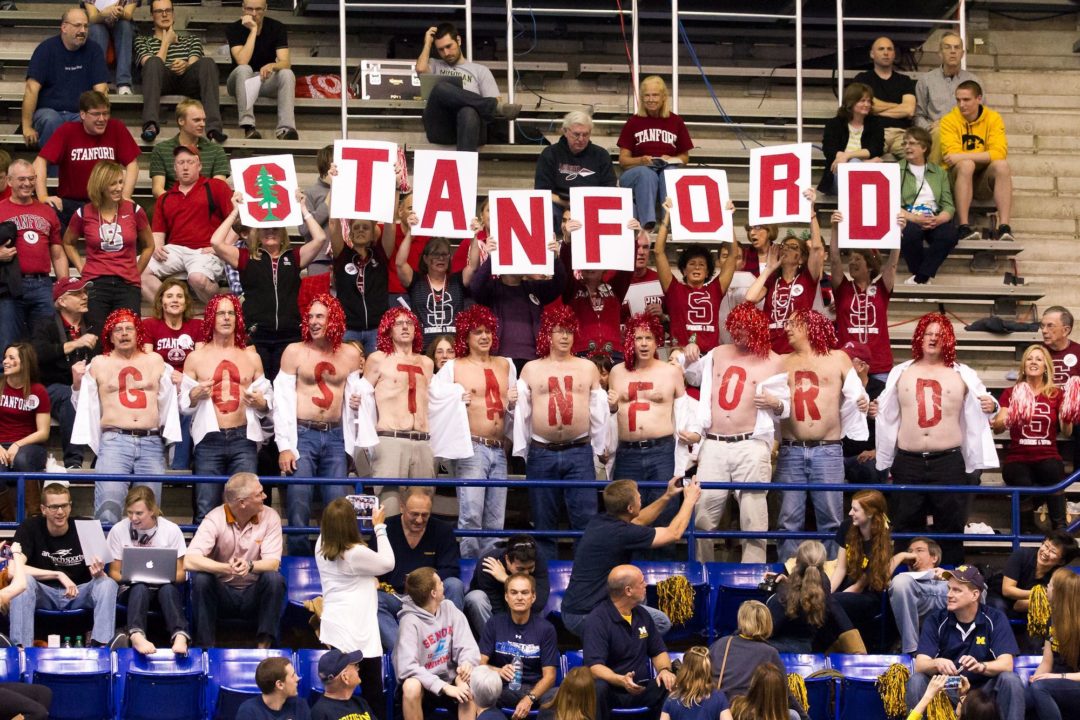 The Pac-12 has released its All-Academic team rosters, with the Stanford men and Arizona women leading the way. Archive photo via Tim Binning/TheSwimPictures.com

The Pac-12 has released its All-Academic team rosters, with the Stanford men and Arizona women leading the way.

The All-Academic Teams are selected from a pool of qualifying athletes. To qualify, a swimmer of diver must have a GPA of 3.0 or better, plus compete in at least half of the team’s regular season meets.

The Stanford men put 7 on the first team, the most of any men’s or women’s team. They also added 5 men on the second team for 12 total award-winners. Utah was close behind with 6 on the first team.

Three different programs put 4 women onto the first team. Arizona, Utah and Washington State all accomplished that feat, but Arizona led that crew with 4 on the second team as well.

In addition, four individual athletes had GPAs of 4.0 or higher. On the women’s side, Utah senior Jasmine Matkovic held a 4.0 along with Arizona senior Elizabeth Pepper. Stanford’s Ryan Arata led the men with a 4.02, and Arizona State’s Hunter Atha had a perfect 4.0 of his own.

The full Pac-12 press release and rosters are below:

SAN FRANCISCO – Following are the 2015 Pac-12 Conference Swimming & Diving All-Academic teams, announced today by Commissioner Larry Scott. To be eligible for selection to the academic team, a student-athlete must have a minimum 3.0 overall grade-point average and participate in at least half of their team’s scheduled regular season events.