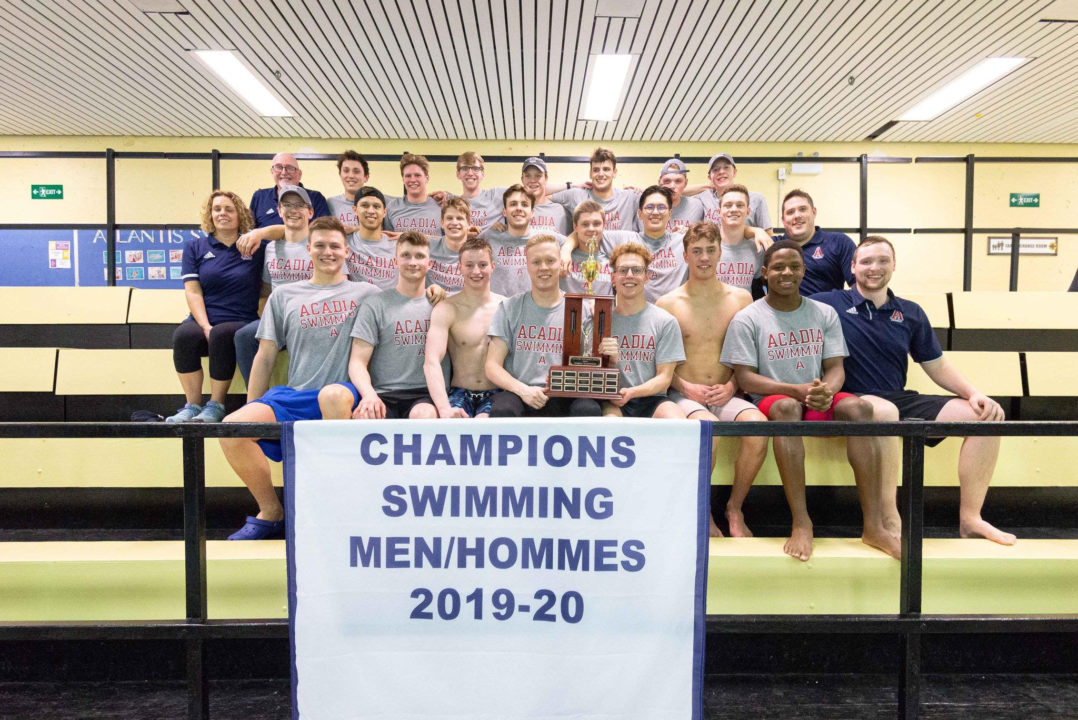 The Atlantic University Sports (AUS) conference of Canada has announced the cancellation of the remainder of their 2020 / 2021 sporting season. Archive photo via Trevor MacMillan

The Atlantic University Sports (AUS) conference of Canada has announced the cancellation of the remainder of their 2020 / 2021 sporting season which includes all winter sporting championships for the year. The AUS conference includes schools from Canada’s four Atlantic provinces; Nova Scotia, New Brunswick, Newfoundland & Labrador (NL), and Prince Edward Island (PEI).

“We had hoped to be able to get to a place where we could see some semblance of a regular season and postseason take place for our winter sport student-athletes”, “Unfortunately given the current realities in many of our regions, and evolving public health directives, this won’t be possible.”

Earlier this year, the AUS developed a Return to Play committee to help guide the decision-making process for competition this season. The chair of the committee, John Richard, has been uniquely involved in the process from a number of standpoints. Along with his involvement with the Return to Play committee, he serves as serves as President of the AUS, as well as the director of athletics at UNB. On the topic of AUS’ conference cancellation, he said that “with guidance and input from public health and building on a lot of the groundwork already laid regarding safe practices on our respective campuses, we were able to create a very thorough plan in a short window of time.”

All four Atlantic provinces have recorded fairly low levels of the virus over the past few months and have been engaged in what is known as the ‘Atlantic Bubble’ since July. Each of the 4 provinces has required a 14-day isolation period for any individual entering the province from outside of Atlantic Canada. The bubble allowed isolation-free transit between the four provinces and worked well for the majority of the summer and fall.

The decision to cancel the AUS season comes following a spike in cases of COVID-19 in the provinces of Nova Scotia and New Brunswick.

As a few cases related to international travel resulted in subsequent community spread, Nova Scotia and New Brunswick each began a steady upward trend of cases in early November. Their respective rises in cases resulted in NL and PEI decided to revoke their involvement in the bubble effective Wednesday, November 25. The two island provinces have now enacted a 14-day isolation period from anyone who enters their province.

Active Cases of COVID-19 in Nova Scotia as at;

Active Cases of COVID-19 in New Brunswick as at;

Active Cases of COVID-19 in Newfoundland & Labrador as at;

Active Cases of COVID-19 in Prince Edward Island as at;

In the press release, the AUS specified that teams will still be permitted to engage in whatever level of competition they wish with other schools in their geographical area.

I do not understand why they are not going to swim? Are they scared?

Atlantic Canada has been pretty tight on regulations since the beginning of the pandemic to minimise its effects. Unfortunately, in light of this second wave, NB, PEI, and NL have implemented 14 day quarantines for anyone arriving from outside of the province. With AUS swimming being in NS, NB, and NL it’s near impossible to hold meets as teams would have to isolate to participate.

Understand – so they are scared to swim because the “BIG BROTHER WATCHING” says so.

I really don’t think scared is the case, they are following the guidelines that come down. At the moment pools and gyms in the Halifax area are closed again to get control on the second wave before it gets out of hand. This means that a variety of teams cannot practice at the moment, including swim team from Dalhousie

No, perhaps (unlike some people in the U.S.), they want to follow public health guidelines and save lives.

Prince Edward Island : Active cases =2. Can they just put them in an igloo hotel & get on with life?

No of course not “THEY” have determined all the little people must do what “THEY” say.