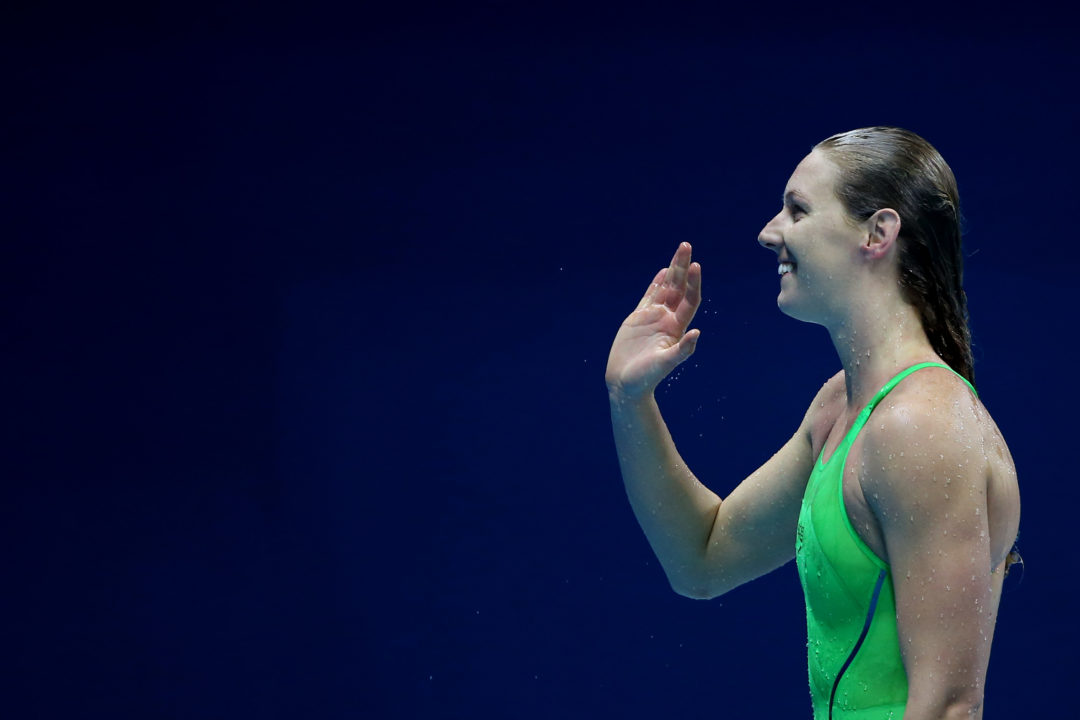 After a 2-year retirement, the Brazilian and South American Record holder Graciele Herrmann is back in training to represent Paraguay at the 2024 Games. Archive photo via Satiro Sodré/SSPress/CBDA

Two-time Brazilian Olympian Graciele Herrmann is returning to competitive swimming after a two-year retirement. This time, however, she will be working to represent a different South American country, Paraguay, at the Paris 2024 Olympic Games. She now lives in Paraguay’s capital, Asuncion, with her husband.

Earlier this month, Hermann competed in her first meet of her comeback, racing for the Olympia Club. Among her performances came a swim in the 50 free that was faster than the National Record of Paraguay, though that time is not expected to be ratified as she has not completed the sporting citizenship according to Best Swimming.

The 50 free Paraguyan Record was set at the 2015 Argentine Championships by Karen Riveros in 26.49.

Herrmann has begun the citizenship and naturalization process in Paraguay, but that is not expected to be completed in time for her to compete in the delayed Tokyo Olympics next summer. Instead, she says that her goal is to represent the country at the 2024 Olympics in Paris. The 28-year old will be 32 by the time the 2024 Olympics arrive.

Best Swimming reports that her likely first international competition for Paraguay would be the World Short Course Championships in December 2021.

She remains the national and continental record holder in the women’s 400 free relay in long course. She swam the 2nd leg of a 3:37.39 relay alongside Larissa Oliveira, Etiene Medeiros, and Daynara de Paula at the 2015 Pan American Games

Herrmann is documenting her return to the pool on Instagram.