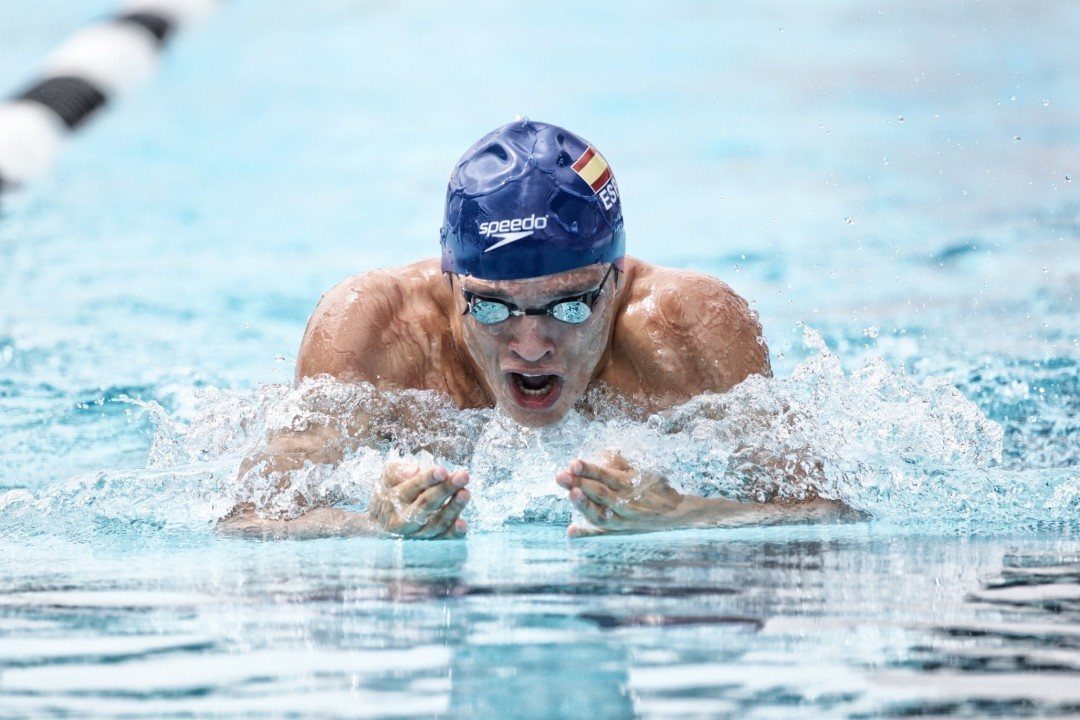 Belmonte took on a beastly schedule at her nation’s Olympic Trials last weekend, a strategy which rendered her 4 Olympic A cuts.

Mireia Belmonte posted the world fastest time in the 200 butterfly winning the event at the Spanish Championships in a time of 2:06.34…

Continuing her momentum from the first 2 days of competition, Spain’s Mireia Belmonte was unrelenting en route to claiming an additional two gold medals tonight. Already collecting top-of-the-podium hardware in the 200 butterfly, 800 freestyle and 400 IM, Belmonte got it done again tonight by taking the women’s 200 IM and 1500m freestyle.

First in the 200 IM event, Belmonte scored a time of 2:11.88 to win the event by over a second ahead of the rest of the field. Her mark now sits as the 10th-swiftest in the world this season and represents her fastest result in the race since 2014.

In the 1500m event, Belmonte rocked a time of 16:08.38 to win handily over the rest of the competition, although she was about 10 seconds off of her meet record of 15:58.07 that has stood since 2014. 16:10.63 is what Belmonte registered in this event at this same meet last year, so she was able to shave about 2 seconds off of that outing for some marked improvement in just her 2nd pool competition since having returned from her shoulder injury.

Belmonte wraps up her monster schedule tomorrow with the 400m freestyle where she enters the event as the top seed with a time of 4:04.99.

The men’s events were highlighted by Eduardo Solaeche-Gomez, who raced his way to a new Spanish National Record in the 200m IM, although he did it in prelims. Solaeche-Gomez fired off a 1:58.80 to drop his own national record of 1:58.99 from 2014 by .19 of a second and set himself up as the top seed headed into finals. The 1:58.80 mark also dipped beneath the 1:59.89 Spanish Olympic qualifying cut. Later in finals, Solaeche-Gomez backed off a bit, but still stopped the clock with the field’s only sub-2-minute mark of 1:59.30.

In the men’s 100m freestyle, it was Poland’s Konrad Cerniak who doubled up on his earlier 50m freestyle victory, taking the longer sprint in a time of 48.56. That time represents Cerniak’s fastest of the season and cracks him into the world’s top 20 times of the season. Bruno Ortiz was the host nation’s highest finisher, touching in 49.86 for 2nd place, but a ways off of Spain’s Olympic-qualifying cut of 48.80.