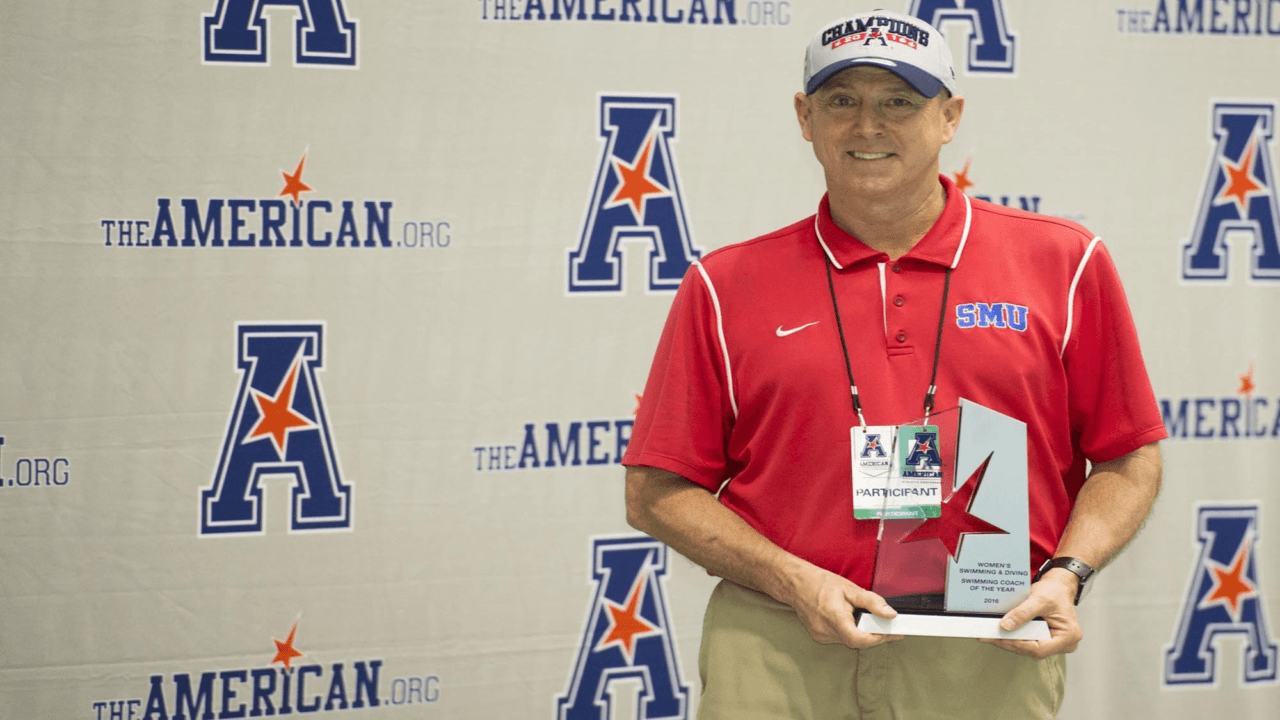 Collins is in his 33rd year at the helm of the women’s swimming and diving program, and has twice been named The American coach of the year following conference championships in 2015 and 2016. In May, Collins was honored by the College Swimming and Diving Coaches Association of America for his 40 years of distinguished service in college coaching.

Under Collins, 58 individuals have earned 237 All-America honors, and 98 relays have been honored. The conference championships total 350, and 30 athletes have competed in eight different Olympics.

The Mustangs open the 2018-19 season Oct. 12 when they host the two-day SMU Classic at the Robson and Lindley Aquatics Center and Barr-McMillion Natatorium.

It’s time for him to retire