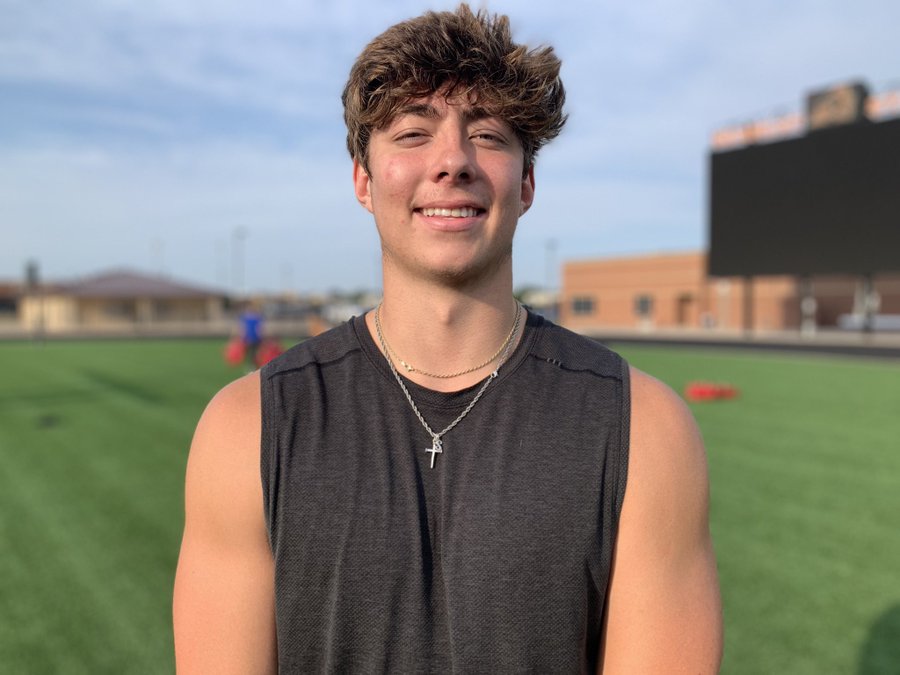 SMU swimmer Elijah Sohn will be hanging up his suit and goggles to take up Division I football at Sam Houston this upcoming 2022-2023 season. Archive photo via Brandon Howard

After a few months of speculation, Elijah Sohn has officially transferred out of Southern Methodist University’s swimming program to the Sam Houston State University football team.

In June, college football insiders suggested that Sohn was considering his switch to football. He explained to SwimSwam that his decision to drop swimming was based on religious reasons.

“For me, swimming had become an idol in my life as I had the mentality of, ‘Look at me and look at what I can do,’” Sohn said. “I never want my life to point to me, but rather point to Jesus.”

Sohn began his collegiate career at Texas A&M as a sprint freestyler. He finished his freshman year in College Station with an Honorable Mention All-America honor, anchoring the Aggies to a 16th-place finish in the 400 free relay at the 2021 NCAA Championships.

While he chose to continue his swimming at SMU for the 2021-22 season, he only competed for the Mustangs at the season-opening SMU Classic.

After he realized that swimming no longer had a place in his life, Sohn wanted to give football a try.

“People my whole life had told me I look like a football player and that I should play,” he said.

So he entered the transfer portal again, this time to pursue football.

Sohn is an interesting prospect.

He was an all-american swimmer at TAMU last season but is now at SMU. He will play TE at the next level w/ measurements of 6-4.5, 240.

Jermichael Finley, a former Green Bay Packers tight end, began training every day with Sohn in the spring. Sohn explained that he got “used to running on land as opposed to swimming laps,” and that he “worked on footwork, speed, and running routes.”

Sohn then attended college football camps to get scouted by coaches. While many viewed Sohn as a risky recruit, Sam Houston State’s coaching staff thought he was worth taking the chance. Sohn is now listed on the roster as a tight end for the Bearkats.

Sam Houston football competes in the NCAA Division I Football Championship Subdivision (FCS), which is the second-highest level behind the Football Bowl Subdivision (FBS). The program won its first-ever FCS national championship in 2020 under head coach Kurt Charles “K.C.” Keeler.

Keeler’s championship win with the Bearkats made him the only coach in FCS history to claim national titles at multiple schools (Delaware in 2003). He has also coached nine NFL draft picks, including Super Bowl XLVII MVP quarterback Joe Flacco.

As Sohn forges on this new path, it will be interesting to see how he progresses with this elite, competitive football team.

Amazing how he can jump on the roster without ever having played before (unless I missed something in the article). The guy has the body for it, but there is a ton of footwork and other details that are honed in developing football players when they are young. Regardless, should be interesting to see how he does.

I thought Christians should devout Sunday for prayer, and not playing football 🤔

They play on saturday lol

The Big Ten is talking about moving into Sunday games on NBC. If that goes well, I suspect the rest might not be far behind…

Ya gotta have faith in your abilities no matter what sport you compete in but ya better watch out when you start “patting yourself on the back” too much! There is a fine line between belief in yourself & conceit!! Hope he has found where that line is👍

Going to be honest, given that statement and a comment on a pervious article, going to assume he had a different reason for transferring to football.

Mr Madison, what you’ve just said is one of the most insanely idiotic things I have ever heard. At no point in your rambling, incoherent response were you even close to anything that could be considered a rational thought. Everyone in this room is now dumber for having listened to it. I award you no points, and may God have mercy on your soul.

Interesting choice, what school is next?

Wonder where he transfers to for senior year?

Tired: Wondering what school he’s going to transfer to next.

Wired: Wondering what sport he’s going to play next.