Smoliga Knocks American Record Down Again To Win 50 Back Gold 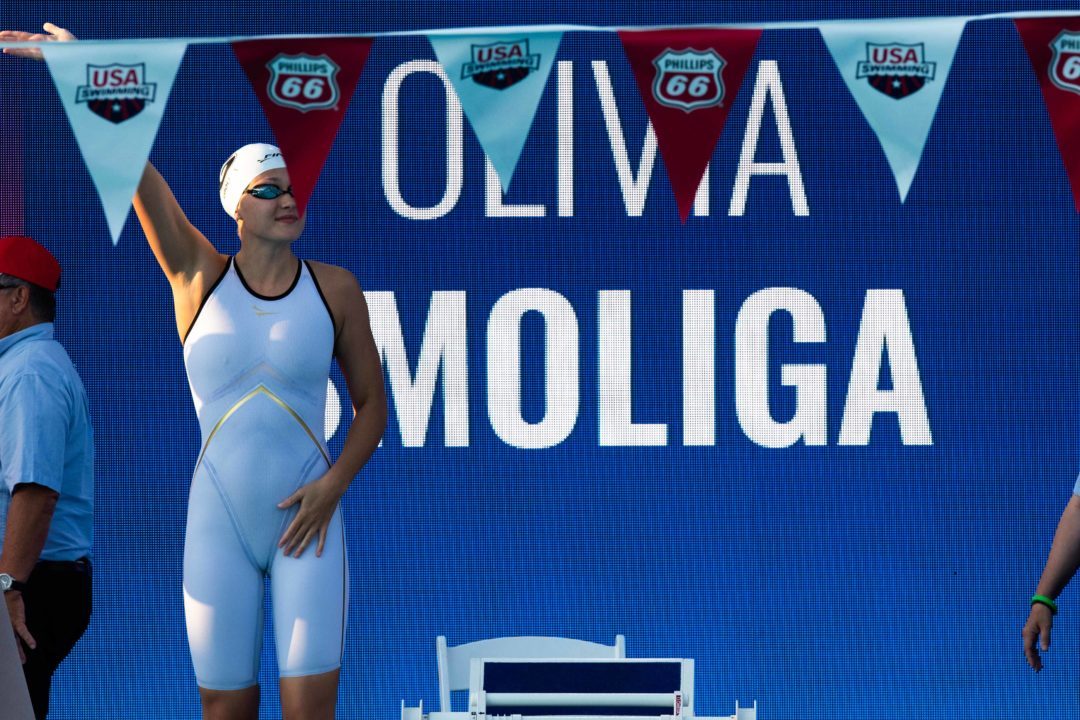 Olivia Smoliga of the United States continued her magical run here at the Short Course World Championships in Hangzhou, winning gold in the women’s 50 back in a new American Record time of 25.88.

This swim improves on her 25.97 from the women’s 4×50 medley relay, though she was a tad faster on the mixed medley relay (25.85) but that of course doesn’t officially count as a record. Prior to Smoliga’s swims, the record belonged to Ali DeLoof who went 26.12 at the 2016 Championships in Windsor.

The 24-year-old has been on a tear here at the Championships, with this being her 6th gold medal. She also won the 100 back individually, and has been on winning relays in the women’s 4×100 free and 4×50 medley, and the mixed 4×50 free and 4×50 medley. The teams broke world records in both medleys, and she also broke the U.S. record in the 100 back prelims. The mixed 4×50 free team also set a world record, but Smoliga wasn’t on the finals squad that did it.

Discounting her mixed relay lead-off, she now ranks 5th all-time in the event (she would still be 5th if we included her mixed swim). She previously sat 7th with her 25.97.

Silver medalist Caroline Pilhatsch set a new Austrian Record in 25.99, putting her into a tie for 9th all-time.

Smoliga is a great swimmer and I don’t want to take away from her accomplishments, but I feel like winning six golds doesn’t mean the same as it used to with mixed relays. There used to be a time when only superstars (Phelps, Ledecky, etc.) won six golds because you needed to win lots of individual events. I just feel like there’s too many medals in the sport as it stands, mixed relays should be a summer league thing…

Things have changed Beefcake. Embrace it. She is the newest version of a superstar.

Innovations in the sport give more possibilities for those swimmers to test themselves – and shine !! thats what it is all about . I am sure they had fun in those added relays – learning more about where they are right now – and get to know more about Team spirit . Thats where Team Usa is so strong & still evolving

Not sure why there’s hate for your comment, it’s a perfectly valid take on things

I know , trolls always sneak in somehow LOL as if they had some advantage to do so

Olivia is fantastic! That swimsuit is so cool! It looks like a Super or wonder woman costume, which is perfectly fitting for her!

what a unique suit – love it too