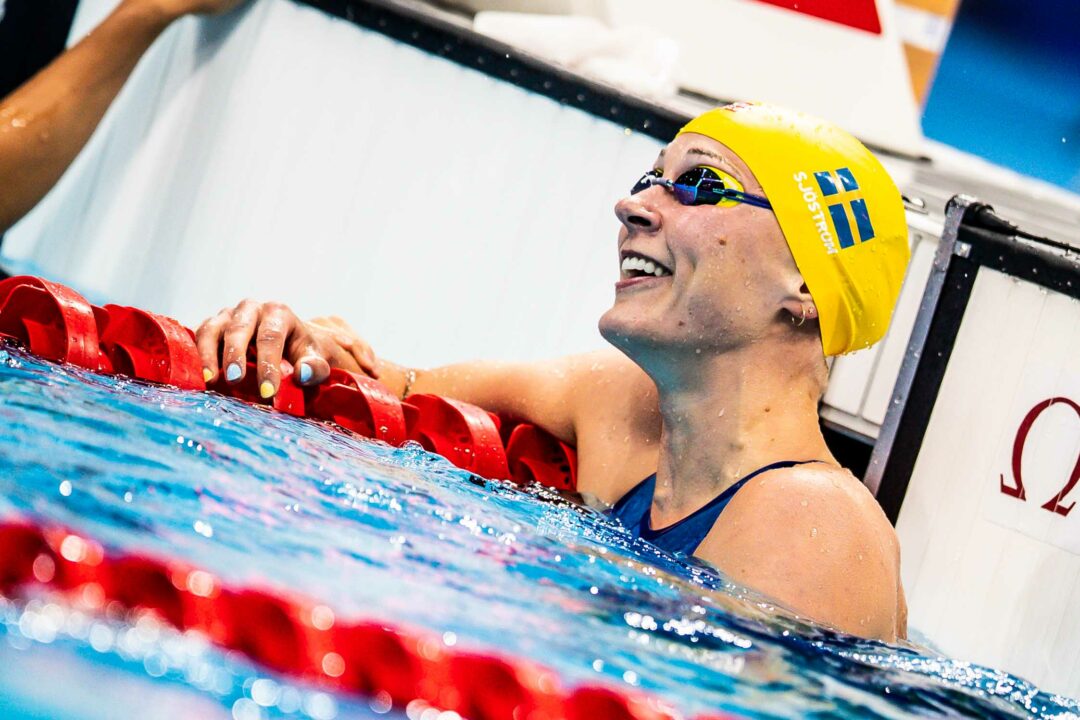 Day 1 is a wealth of new data points to use in projecting out the remaining relays. Here's how today's results could affect the six remaining relay events. Current photo via Jack Spitser/Spitser Photography

Day 1 has wrapped, and we suddenly have a wealth of new data points to use in projecting out the remaining relays. Here’s how today’s results could affect the six remaining relay events:

All along, we’ve noted that Sweden has the pieces to put together its best relays in years – particularly in the women’s 4×100 medley. But everything has hinged on Sarah Sjostrom, the 27-year-old fly/free star who broke her elbow earlier this year and wasn’t sure what kind of shape she’d be in by Tokyo.

Sjostrom was resoundingly brilliant on day 1, going 56.1 and 56.4 in two butterfly swims, plus 52.9 and 52.6 in two 100 free swims from a flat start. The latter of those free swims broke the Olympic record while leading off Sweden’s 6th-place relay.

Meanwhile, Louise Hansson went 56.9 twice in the 100 fly, just tenths off her personal best. Using season-best swims from three likely medley legs (splits from Euros in July for Louise and Sophie Hansson and a time from Sette Colli in June for backstroker Michelle Coleman), if Sjostrom can get anywhere near her career-best 51.9 flying-start time, Sweden could go 3:53 – smashing the national record by two seconds and perhaps challenging the medal favorites from Australia, the U.S., and Canada.

The only men’s event we’ve seen with true relay impact has been the 100 breast, and even that is incomplete with the final yet to come. Still, here’s a look at who has impressed and who hasn’t sparkled yet:

Don’t worry I Fully believe MA will get better tomorrow
Maybe not 58.1
But I expect him to be around 58.3

A sub 58.5 would be a welcome sight for him. A bit concerned for his 200 IM due to his breast performances. Well see how well Scott and Larkin do tmrow cuz they can beat MA if they’re on

I can’t see Australia deviating from MMFF in the MMR. Surely even if Hodges medals she won’t make up enough time to justify pushing Campbell out of free or McKeon out of fly.

If Kyle delivers 47 low or 46 high leg in free relay, they should put him in to Mixed Medley.
C1 is not going to do those miracle 51 low splits anymore. If Temple does a 47 mid split or something , i would consider him too to have WWMM lineup. All depends on what Hodges or Hansen does tonight.

DONT U EVER COUNT C1 OUT AGAIN! (i’m not even Australian)!!!

Penny Oleksiak had 0.09 reaction time. So yo can add to her split time 0.6 sec or even more (relay start has more momentum) to get some idea where she stands at in individual 100FR race. Pretty much the same time as shown at Trials. And that is not the time to win individual Olympic medal.

Interested to see what Sophie and Coleman post in the heats tonight (100 breast and 100 back). Also I disagree, I was a bit disappointed by MacNeil but the final is yet to come

57.6 from Peaty would have kind of worried me a few days ago, but seems to be just the morning finals.

He went faster with the ‘stache ffs.