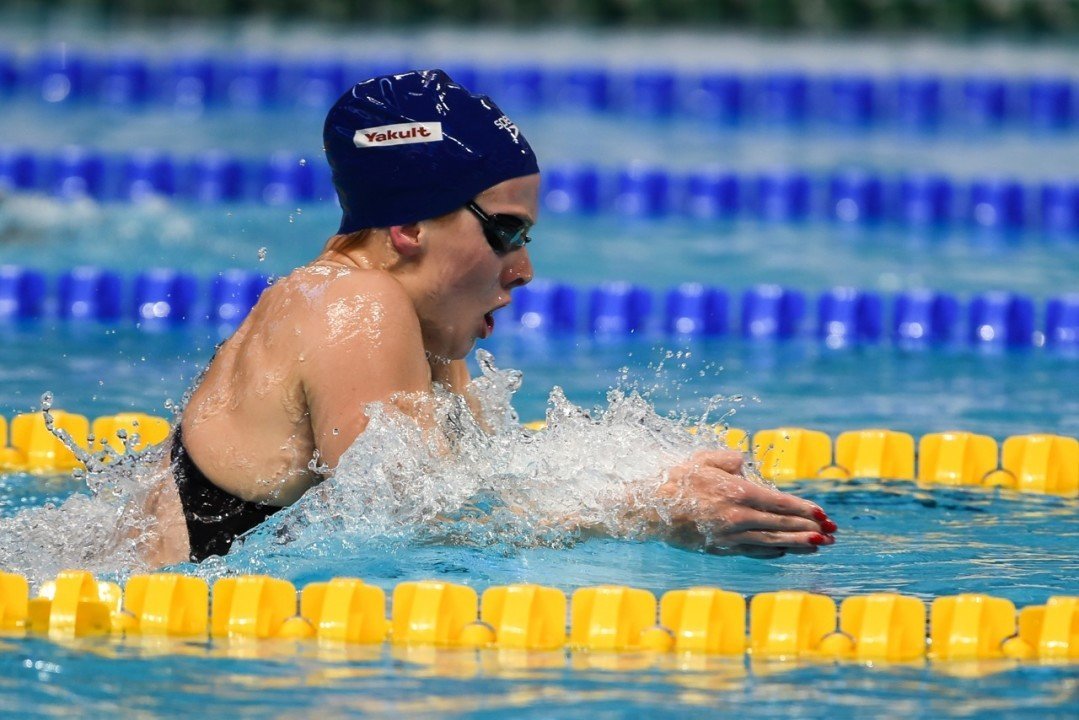 Siobhan-Marie O’Connor of Great Britain lowered her own British record in the 200 IM by .74 second and picked up the silver medal with her 2:05.13 second-place finish. Archive photo via Tim Binning/TheSwimPictures.com

Swimming in lane 5 in the final of the women’s 200 meter IM at 2015 European Short Course Championships, Siobhan-Marie O’Connor of Great Britain lowered her own British record by .74 second and picked up the silver medal behind Hungary’s Katinka Hosszu.

It was déjà vu all over again for O’Connor, who finished second to Hosszu a year ago at the 2014 FINA World Championships in Doha, where she set the British record with 2:05.87. On Saturday in Netanya, O’Connor clocked a 2:05.13 in her silver-medal performance. The improvement came entirely over the second half of her race, where she took nearly a second off both her breaststroke and freestyle legs. In contrast, O’Connor eased up on the front half of her race, allowing for the speedy back half.

Here are the comparative splits:

Both Hosszu (2:02.53) and O’Connor rocketed to the top of the world rankings for this season with their finals swims: