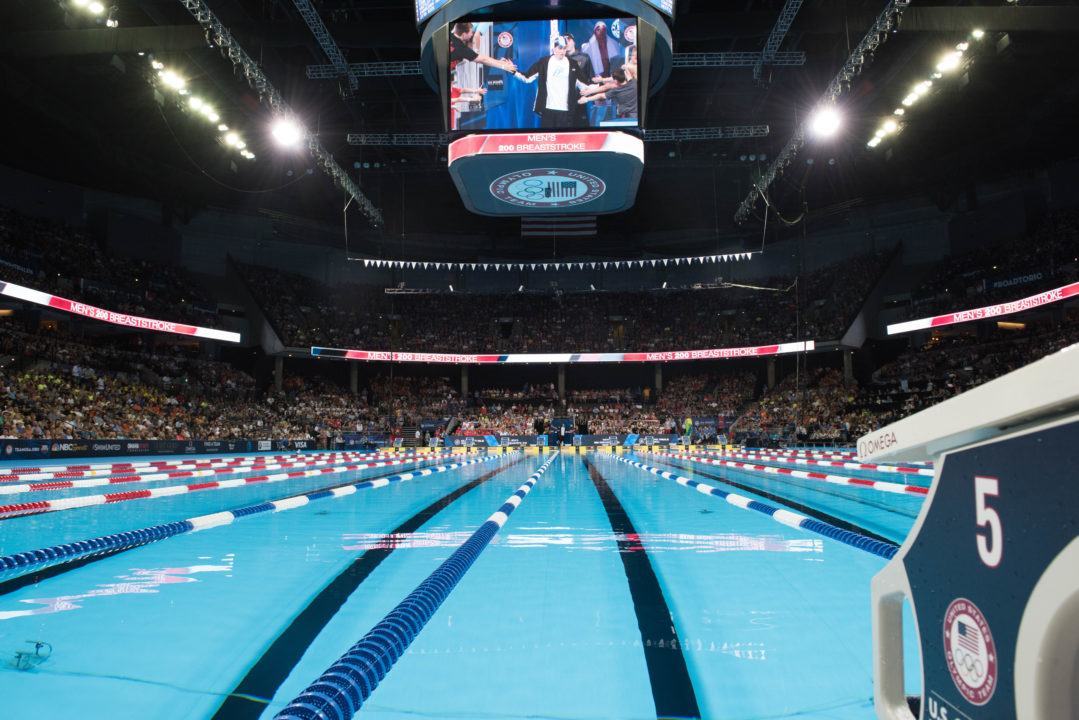 Tickets to Prelims or Finals for both Wave I and Wave II will be available at ticketmaster.com and the CHI Health Center Omaha box office. Stock photo via Mike Lewis/Ola Vista Photography

COLORADO SPRINGS, Colo. – Organizers of the U.S. Olympic Team Trials – Swimming today announced the launch of single-session tickets beginning June 1 at 10 a.m. CDT. Tickets to Prelims or Finals for both Wave I, June 4-7, and Wave II, June 13-20 will be available at ticketmaster.com and the CHI Health Center Omaha box office.

Single-session tickets are $25, $20 or $15 each, depending on location. This additional ticket opportunity provides greater flexibility to watch the fastest swim meet in America and to see the world’s greatest swimmers and future stars compete head-to-head for the opportunity of a lifetime.

Qualified U.S. swimmers will compete in Wave I of Trials, in a wildcard bid to reach Wave II of the event and race to become a member of the 2021 U.S. Olympic Team. The four-day Wave I Trials competition will feature many of the country’s rising talent, with the top two swimmers of every event moving to Wave II.

For more information on the Trials visit www.usaswimming.org/trials.

I have two extra full session tickets for wave 2 at section 220, if I can’t sell it I will give them to small team (club).

I thought you could buy single tickets now. Ticketmaster is not allowing? Or maybe I’m doing something wrong? TIA (for wave 1)

Disregard, it means single sessions in 2,4 or 6 ticket increments – not a single ticket – my bad

USA Swimming really gouging the fans this time around. If you wanna sit in the lower level you can only buy in sets of four or six.

don’t think gouging is the right word. After looking at nba playoff ticket prices, $37.00 ticket prices with fees for one of the best shows in swimming seems pretty reasonable. And it’s not like the higher up seats are that much higher for the sets of 2 tickets

Annnnnd I was looking at wave 1, oops. Ignore me.