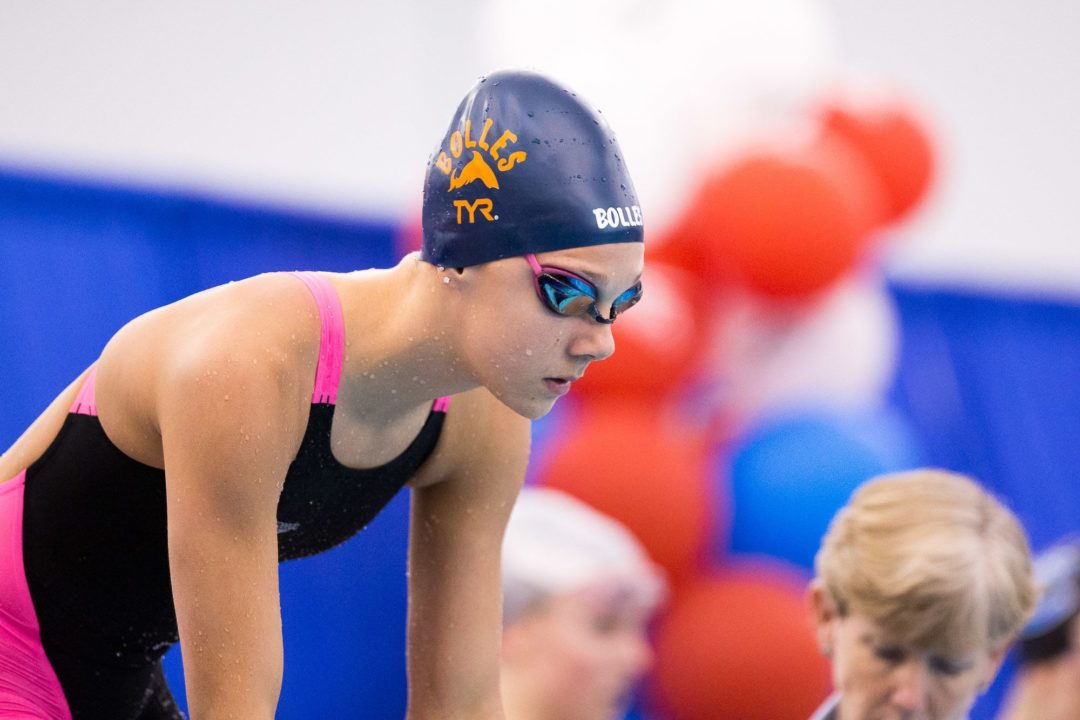 The 2016 All-Florida Invitational kicked off today, with with the action taking place in Fort Lauderdale at Nova Southeastern’s campus. The Florida freshmen women impressed, sweeping the individual races on day 1.

One of those freshman was Sherridon Dressel, who won the women’s 50 freestyle in 23.62. Dressel also anchored both of Florida’s relays tonight, clocking 50 and 100 free splits of 23.40 and 51.77 respectively.

It wasn’t a total Gator sweep tonight, however, as the Florida Gulf Coast squad of Katie Latham, Grace Redding, Fanny Teijonsalo, and Barbara Caraballo brought in the 200 free relay win with a combined time of 1:34.44. After taking 2nd in the 200 free relay, the Florida women closed the session with a victory in the 400 medley relay, as Emma Ball, Danielle Keymont, Alyssa Yambor-Maul, and Dressel teamed up for the win.

On the men’s side, host team Nova Southeastern got the ball rolling with a win in the 200 free relay. Thiago Sickert, Till Barthel, Victor Tarin, and Malique Elder finished in 1:23.09 to out-touch the Gators (1:23.39).

Notably absent for Florida was Olympic gold medalist Caeleb Dressel, Sherridon’s older brother, who looks like he’ll be getting a bit of a later start this NCAA season after a strong showing in Rio this summer.

Sickert, NSU’s relay lead off, went on to win the individual 50 free in 20.96. Also picking up an individual win tonight was his teammate Franco Lupoli, who posted a 4:32.43 to win an extremely tight 500 free battle against Florida’s Blake Manganiello (4:32.48).

The Gator men weren’t without a couple of wins of their own tonight. Mark Szaranek took their first victory of the meet individually, posting a 1:49.94 in the 200 IM. The relay quartet of Bayley Main, Marco Guarente, Ben Kennedy, and Ben Lawless then finished the day with a 3:24.24 to win the 400 medley relay.